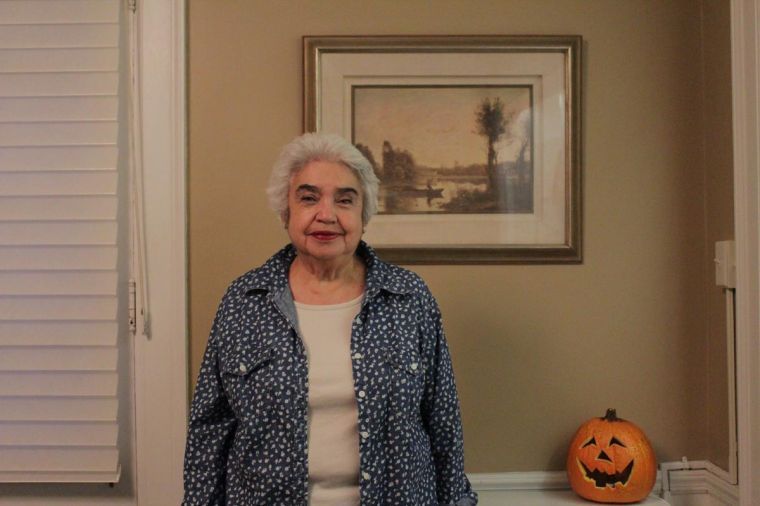 When young adults go away to college, the independence can be exhilarating. However, being away from home can cause homesickness, especially with the sudden lack of daily parental guidance and care. Luckily, for the women in the University’s Delta Gamma chapter, house mother Teresa Mendez, or more commonly known as “T,” has been a mother to generations of Delta Gamma house members for almost 29 years.

Mendez first came to America from Bolivia in 1957 with her husband and son while pregnant with her second child. With the help of her husband’s uncle, the growing family moved to Elkhart, Ind. A friend of theirs then convinced them to move to Champaign-Urbana, where her husband got a job as an engineer and she ran an appliance store.

In 1980, Mendez’s husband was relocated to the Middle East through his job, and Mendez joined him about two years later. It was there Mendez lost her husband to a car accident in May of 1985. When she returned to Champaign-Urbana six months later to be close to her three children, she heard that Delta Gamma was looking for a new house director. After meeting house members and alumnae, Mendez felt that the job was a good fit.

Although most house mothers, or house directors, do not stay in the position for decades, Mendez formed a special relationship after quickly finding her home in the Delta Gamma house. Now at age 79, she said she loves her job, the ladies at the house and the opportunities to meet their families. One of Mendez’s favorite memories at the house is when the girls initiated her into the chapter as a sister in 1999.

“T wasn’t a Delta Gamma to begin with, but we initiated her,” said Katherine Bertolini, junior in LAS. “Not only is she a DG, but she’s been with us for almost 29 years, which is outstanding.”

Another favorite memory of Mendez’s was her 25th anniversary surprise party at Delta Gamma, which her family attended.

“It’s been incredible for her to give back to the young people,” said Teresa Bray, Mendez’s oldest daughter. “The young people trust her. She’s a confidante to them because she doesn’t judge them; she understands what they’re going through. She has always been able to bring a sense of environment that is positive and uplifting wherever she goes.”

Mendez said she cherishes these memories with the house and many more.

“It would take a whole book to write about them,” she said.

The girls in the house said they have fond memories with Mendez as well. She strives to make the Delta Gamma house feel like home, and many sisters appreciate her efforts.

Stefanie Ferrari, Delta Gamma member and junior in LAS, shared a story of when Mendez knitted her a winter headband with a note saying, “Here you go, Stefanie. Hope your ears are warm now.”

“She thinks of everything,” Ferrari said. “She just makes it very homey. She does what a mom does.”

Mendez has watched the girls in the house grow up year after year; within each four-year cycle, she is able to see members grow up into incredible young women and gain more understanding.

“Because she’s been here so long, she knows all our family histories and relationship issues,” said Nicole Crifase, Delta Gamma member and junior in LAS.

During the summer, Mendez said she has developed a love for traveling after visiting several destinations around the world. She said her favorite place so far has been Paris, and she hopes she can visit Mexico someday because she has never been there.

Mendez also likes to spend time with her three children and four grandchildren. Bray said that all of her grandchildren trust and admire her, as she “creates a sense of home wherever she is.” Whether she’s pampering the girls in the house, traveling the world or spending time with her family, Bray said she is guaranteed to bring a positive attitude.

“I love that she’s such an optimist even though she’s faced such adversity in her life,” Bertolini said. “She has such a positive outlook on everything that she’s a part of and she’s happy for every moment she has. That’s something that we should all try to emulate every day.”