Fitz and the Tantrums to perform at State Farm Center 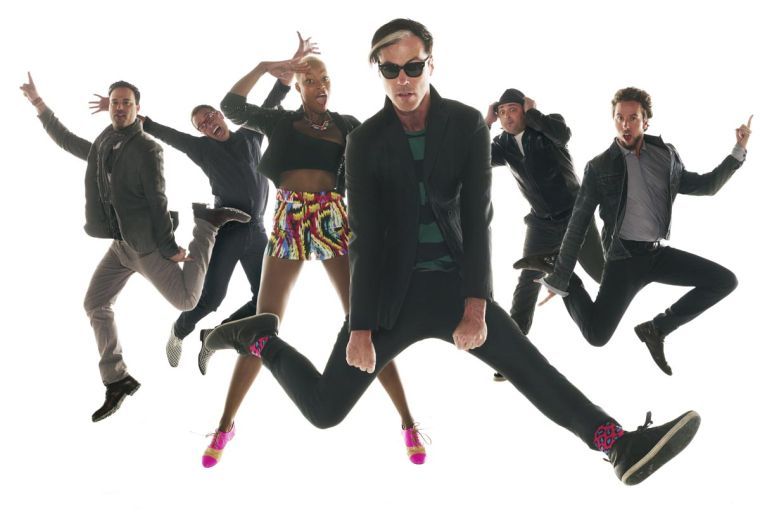 With the release of their sophomore album last May, Fitz and the Tantrums will be sharing their neo-soul sound with the University community Wednesday at State Farm Center at 7:30 p.m. as a part of The Bright Futures Tour. Joining them will be the indie-pop duo, Capital Cities.

Fitz and the Tantrums’ song “Out Of My League” from their album “More Than Just A Dream” made it to No. 1 on the Billboard’s Alternative Songs chart and stayed on the chart for 32 weeks. They recently performed on “The Tonight Show With Jay Leno” and “Conan,” and are coming off of a finished tour with singer Bruno Mars.

Fitz and the Tantrums consists of Michael Fitzpatrick on lead vocals, Noelle Scaggs on vocals and percussion, James King on winds, guitar, percussion and keyboard, Joseph Karnes on bass guitar, Jeremy Ruzumna on keyboards, and John Wicks on drums and percussion. The Daily Illini had the chance to sit down and talk with Ruzumna before Wednesday’s performance:

Daily Illini:Why the name Fitz and the Tantrums?

Jeremy Ruzumna: It’s just a sort of play on words. Like “throwing a fit and a tantrum.” I think a friend of Fitz’s actually came up with it, and it kind of stuck.

DI: Why the match up with Capital Cities for The Bright Futures Tour?

JR: This is one of those tours that came about really naturally, and that doesn’t always happen.  A lot of times when you’re going to tour with someone it’s political and either way you end up making new friends, and it’s really cool. But in this case it was extra cool because we actually ran into them, and we loved their music, and they loved our music, and we immediately liked each other as people. We had that moment where we said, ‘God, it would be so cool to tour with you guys,’ and they were kind of like ‘Yeah, lets do it.’ And it ended up happening very quickly, which we were all very happy about.

DI: Could you describe your sound, and how it might have changed from your first to your sophomore album?

JR: When you’re a musician, it’s very difficult to label your stuff, like purely one genre, because we really aren’t purely one genre. Everyone in this band is very diverse and has different musical influences. We all have similarities when it comes to our love of soul music, our love of ‘80s music, hip-hop and electronica. This second album really reflects that — our diversities coming together into something we all love.

DI: What would you say your second album specifically brings to the table that’s new?

JR: I would say that we made this album sonically much bigger than the first album. And we did it on purpose. On the second album, we basically decided anything goes. Let’s just see what sounds good, and if it sounds good, we’ll keep it even if it is totally different.

DI: Is there anything specific you guys do during your performances that you feel is unique to your band?

JR:The thing that sets the band apart is the vocalists, the up-front people. Fitz and Noelle, they make a very interesting and unique duo. The contrast between their two personalities, male and female, etc.  It works for our fans in a lot of ways; all the guys can look at Noelle and swoon, and all the girls can look at Fitz and swoon. This male-and-female duo really helps flush true emotion into all these songs about love and heartbreak, which is what really sets us apart.