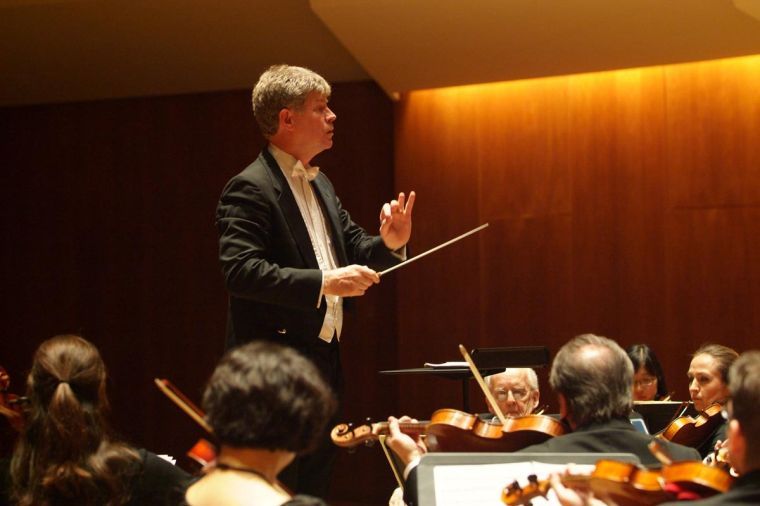 Verdi wrote “Requiem” in 1874 to commemorate the death of Alesandro Manzoni, a poet and novelist whom he deeply admired. The show will begin at 7:30 p.m. and will take place at the Foellinger Great Hall in the Krannert Center for the Performing Arts.

This performance will feature the talents of Sinfonia da Camera, an orchestra composed of University faculty and students as well as a variety of talented area musicians. This ensemble was founded in 1984 by Ian Hobson, who today serves as its music director and conductor. As well as performing as lead conductor for Sinfonia da Camera, Hobson is a professor in music and an accomplished musician himself. In 1981, Hobson took first place at the Leeds International Piano Competition in West Yorkshire, England. On Thursday, Hobson will be the man in charge of bringing Verdi’s “Requiem” to life.

“Verdi was the great Italian opera composer of the 19th century, bar none,” Hobson said. “He was a great composer because he knew how to transmit emotions through his music.”

Sinfonia da Camera’s rendition of “Requiem” will be accompanied by the UI Chorale and Oratorio Society as well as UI Women’s and Men’s Glee Clubs. Andrea Solya, director of UI Women’s Glee Club, will be one of many performing in Thursday’s show.

“About everybody who sings in a choir at the University of Illinois will be in this performance. There will be near 300 people on stage making this one huge show,” she said.

Evan Tammen, operations manager for Sinfonia da Camera, is in charge of contracting soloists to perform alongside the University’s chamber orchestra. Tammen believes “Requiem” is the type of piece that can be enjoyed by a variety of audiences.

“I think it’s an exciting and engaging piece for everyone,” Tammen said. “Even if you’re not necessarily a classical music buff, I think you’ll really enjoy this dynamic performance.”

Tickets to “Requiem” are $39 for adults $14 for students. For ticket information, call 217-333-6280 or visit krannertcenter.com/buytickets/buyonline.aspx.