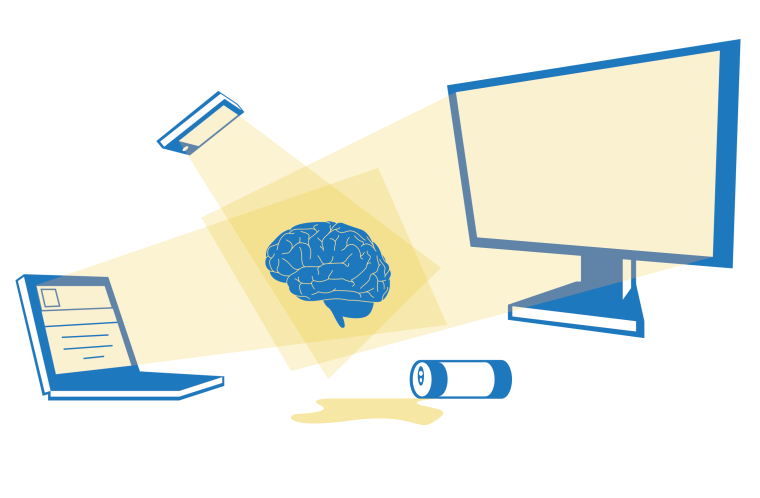 With finals looming, students now have to put on their thinking caps — the right way. Students can adopt certain techniques and habits for exam studying to best avoid end-of-the-semester stress.

“Individual differences, such as motivation and interest, will vary widely from person-to-person and student-to-student,” Christianson said.

For this reason, there are practical obstacles to researching how to study, even with a large study pool of homogenous people. There is also the issue of determining the length of study sessions and their frequency over a certain time period.

“One of the best pieces of advice that comes up in research is to study over periods of time,” Christianson said. “So, no cramming.”

Instead, it is best that students take good notes, pay attention in class and revisit their notes throughout the semester — a technique that can seem straightforward, but may be hard to put into practice.

“It’s not exactly exciting or doesn’t seem like something you desperately need to do because it’s not assigned,” Christianson said. “But refreshing your memory about the old (information) right before and after you put the new (information) in your head is really helpful.”

This technique is better known as “distributed practice” in the world of educational psychology. Distributed practice was found to have greater impact on test performance compared with other techniques, such as highlighting, rereading, summarization and self-explanation, according to Improving Students’ Learning With Effective learning Techniques: Promising Directions From Cognitive and Educational Psychology, a study conducted by John Dunlosky.

These four techniques showed little to no effect on test performance and information retention.

And yet, students still might fall into the cramming trap. What is a student to do? Thankfully, there is still hope.

As well as “distributed practice,” another effective learning technique is “practice testing,” or developing a sample of what the test may be. For this technique to be most useful, students should not look at the answers or rely on self-checking.

“One of the biggest pitfalls that people have is that they mistake recognition for knowledge or comprehension or mastery,” Christianson said. “Recognition memory is different from actual recall and operation over things you don’t actually have provided for you in external memory like a book.”

“Many students tell me that they study hard yet do poorly on exams and they do not understand why,” he said. “They never tested themselves on whether they could solve problems, so it is difficult for them to tell whether or not they were well prepared. It turns out that poorly performing students over-predict their performance on tests.”

This may also involve studying in an environment similar to the one that the exam will take place in. Environmental effects, such as time of day or manner of test taking (i.e. standing, reciting, sitting, etc.) can help stimulate memory.

With students taking such a diverse range of classes, it can be easy to question how Spanish class can relate to U.S. History. However, Professor Christianson advises students to do just that.

“Make broader connections about the things you’re doing, rather than compartmentalizing,” Christianson said. “These connections between material and also the way you study and perform on the test are important.”

These connections can be developed through similarities between terminology or the use of mnemonics — anything to reinforce the learning of subject matter. It may take some creativity to make connections between different subjects, but it will be beneficial for exam time.

With YouTube, Facebook and smartphone technology, it can be hard to steer clear from temptation and focus solely on studying. But research has shown that multitasking is not only distracting, but it can also cause one’s performance and learning ability to suffer.

“Despite many people swearing that they learn better when studying with music playing, studies reveal otherwise since multitasking divides attention,” Mestre said.

Aside from this, multitasking also creates an environmental schema that may not be consistent with the one provided for the actual exam.

“If you’ve gotten into this implicit habit of jumping back and forth between things, and if part of your schema is going back and forth to a phone and you can’t do that during the test, it’s going to feel weird,” Christianson said. “It reinforces habits that you’re not going to be able to operate under during a test.”

Write your worries away

Instead of wallowing in stress and anxiety before an exam, students can spend five minutes to free write. This will reduce stress levels and result in better performance.

“(By free writing,) you off-load all of these worries from your working memory and you take them out of the attention of the active maintenance you’re doing in your brain,” Christianson said. “You put them on an external memory source and it gets out of your head.”

A study conducted by Gerardo Ramirez and Sian L. Beilock has shown significant improvements in student exam scores, especially for those who are habitually anxious about exams.

When it comes to eating, exercising and sleeping, there is no specific regimen that will work for all students. Much like preference in interest and motivation, these areas depend heavily on individual preference.

“The habits that you get into should probably not be changed too dramatically come testing time,” Christianson said. “Go with whatever pattern you generally feel good with.”

Simply put, Christianson believes it is best to stick to a simple schedule. If students are tired, sleep. If students are hungry, eat. But most of all, don’t ignore the importance of getting a full night’s sleep.

While there is a lack of substantial research about super foods that stimulate brain activity, Christianson advised students to avoid indulging in stimulants like energy drinks.

“I’d go with traditional coffees or teas. Research suggests that they can be, in moderation, even good for you,” he said. “I don’t see any research that suggests that these energy drinks are anything but generally bad.”

Exercise is another activity that is helpful for studying because it increases the blood and oxygen flow throughout the body. This improves circulation and brings more blood to the brain, providing more glucose for the brain to metabolize, Christianson said.

Additionally, exercise is an optimal way to test whether you’ve fallen for the illusion of recognition memory. Instead of mindlessly listening to music while exercising, students can utilize that time and test themselves on upcoming test material.

“The more times you recall, the easier it gets to retrieve it from memory,” Christianson said.