Q & A with the creators of Illini Crushes & Confessions 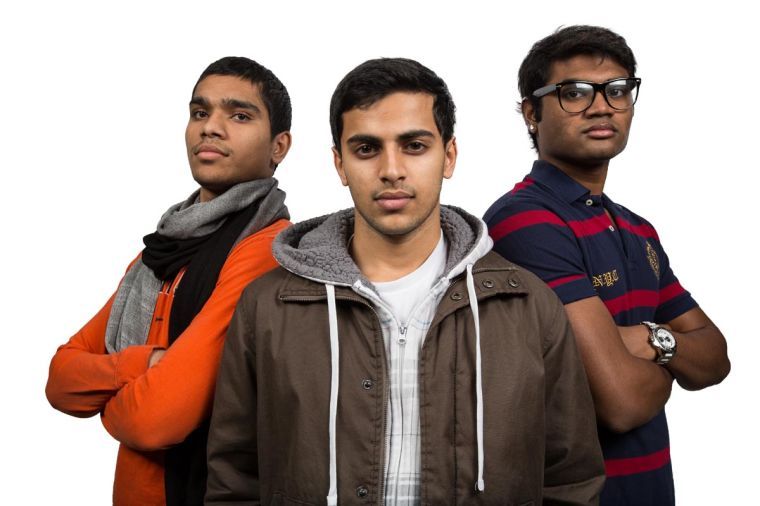 “Illini Crushes & Confessions” and “UIllinois Crushes” are popular Facebook and Twitter pages that allow students to anonymously post about their crushes or get something off their chests. Started in March, the Facebook page has more than 4,200 likes, and the Twitter account has more than 3,600 followers. Until now, the identities of the pages’ creators were unknown, much like the students who send posts to them. The creators are students Uttam Rajan, senior in Business; Shail Shah, junior in Engineering; and Sukeer Khadri, sophomore in Engineering. They sat down with The Daily Illini last week to explain their motivation and future plans for the Facebook page and Twitter account.

Daily Illini: How did you get the idea to start the “Illini Crushes & Confessions” and “UIllinois Crushes”?

Uttam Rajan: Last semester, I was bored in my class and went on Facebook and saw my friend being tagged in this thing called “Rutgers Crushes.” I was like, “Oh this is pretty cool,” and I tried to (look up) “Twitter U of I crushes” and nothing came up. I thought, why not start this? It didn’t really get big until this semester actually. Now we have over 3,700 followers. And then we decided to make a page out of it (on Facebook). We decided to (add) confessions, too, because it attracts a lot of people.

DI: How many messages do you receive a day?

DI: Why do you think Illini Crushes is popular with students?

Sukeer Khadri: I think students like it because in college you want to get in a relationship with somebody, or you just want to meet people, right? If you see someone that you want to talk to but you don’t have the confidence, you can at least post through this, and that way they will know about it. I think that’s why we wanted to do this. We wanted to make it easier for college students to connect with each other on a relationship basis.

Shail Shah: It is like the perfect medium for it and, you know, why not?

DI: Do you have a favorite post so far, or what is the funniest post you have seen?

Khadri: There was one that we posted about Harry Potter, and it got like 600 likes in a matter of a day.

Shah: And I talked to some of my friends and told them it was me and a lot of them say that it makes their day.

Rajan: We usually post late at night so people see it when they wake up in the morning, and that’s the first thing they see. Some of them are pretty funny.

DI: I noticed that some of the submitted Facebook posts are sad, and that you posted an encouraging message saying that suicide is not the answer. How do you deal with depressing posts?

Rajan: It’s hard to read them, realizing that there are people feeling that way around campus, and (you) feel sad for that person.

Khadri: Whoever submits it, they (will) read it later and see what the comments are. So when someone posts something like “I’m suicidal” and stuff like that, they get some feedback and it’s good feedback, like, “You should talk to other people,” “Talk to your friends,” “Don’t worry, we have a lot more things to look forward to in life.” I think we are helping people in a way, but they are the ones starting that conversation.

Rajan: And it’s anonymous, and what I like about it is people are messaging me to help out this person and they post, “Message me if you want to talk more.” So I think it’s nice to have someone to talk to and it could save their life. If it’s helping out people, that’s what we want to do.

DI: So, the whole goal of the page is about helping others?

Rajan: Basically. And once in a while we like to spice things up and post a couple that you feel like belongs together, and we get a bunch of replies for those. Sometimes we just think about ways to get involved and start up a conversation.

DI: Have you ever heard of someone ending up together because of the posts?

Shah: No, but it’s interesting — we are actually working on a website. People want to know who it was that posted about them and we want to figure out a way to do that. During Thanksgiving break, I was thinking about making a website where you log in through Facebook so the admins know who you are, and we could organize something that way and they could meet up.

Khadri: We are also working on an Android app, because we found that a lot of times people will say, “I saw this cute girl on the bus,” so we want to make an app so you can post either on Facebook or Twitter on the spot with your app so that way it is easier.

DI: Do you know when you will have that up and running?

Khadri: Eventually, we want to get restaurants and bars involved. And if people want to meet up, they can go to that bar and confirm that they went there (and) get a discount at that bar or restaurant. This is in the future, like long-run stuff, but if we do that, it would be really cool because then you have incentive to go somewhere.

Shah: We are trying to make it specific to the U of I campus, but in the future, if this works out perfectly or as we want it, we might move to other campuses around the Midwest.

DI: Has anyone ever sent in a crush message about any of you?

Rajan: There was one about me and my brother; it was pretty funny. I kind of blushed a little bit. I wanted to find out who it was.

Editor’s note: A previous version of this article incorrectly stated that one of the creators’ names was Sukeer Khoch. The article should have stated that the name is Sukeer Khadri. The Daily Illini regrets the error.