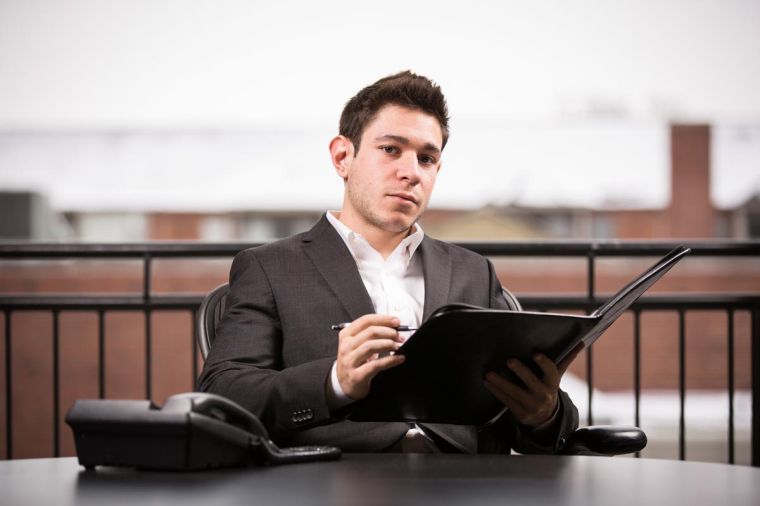 Coming from the suburbs of Atlanta, Ga., Kurt Zellner, junior in LAS, didn’t really know anyone at the University. Greek life was a place where he felt a sense of belonging, was offered leadership opportunities and made lasting friendships. Zellner said he believes becoming the new Interfraternity Council president could be his opportunity to better the Greek community after all it has done for him.

Zellner assumed his new role as IFC president Dec. 4, after an election process.

Trent Houdek, sophomore in Business, is a fraternity brother of Zellner’s in Phi Gamma Delta and president of Illinois Business Council, an organization in which Zellner is also involved.

“Kurt is the kind of guy that would go the extra mile for anyone,” Houdek said. “He wants to give back and improve the status quo in any position that he’s in.”

As the former president of Phi Gamma Delta, or Fiji, fraternity, Zellner has acquired the skills to truly work alongside any personality, Houdek said. Whether it be the chair of a committee or a new member, he’s open to everyone’s ideas.

“(As a leader), you have to inspire a shared vision,” Zellner said.

Zellner further explained that if one can inspire a “shared vision,” everyone is motivated and wants to work for a common goal. This leadership style is something he plans on taking with him to his new role in the IFC, a role he has wanted for a long time, according to fellow Illinois Business Council member Joel Hood.

“Zellner is someone who is not intimidated by taking on a difficult job or a leadership role,” said the junior in Business.

“(Zellner) is one of those people that thrives under pressure,” Hood said. “He puts his full effort into everything that he does.”

Despite having held prominent roles in the University’s Greek system, Zellner’s resume consists of much more. Zellner is currently involved with the Illinois Business Council and Illinois Business Consulting, which he said have helped him develop professionally.

In addition to business-oriented groups, Zellner also participates in the registered student organization Young Life, a Christian mentorship program that aims to work with high school and middle school students in the Champaign area.

“He (Zellner) is passionate. … He’s always giving back to the community,” Houdek explained. “He is driven and will achieve (his) goals.”

Driven, hard working, motivated and genuine are just a few of the adjectives that seem to best capture Zellner and his goal-oriented personality.

“My goals for the IFC are to continue to unite the Greek community and to better the people in it,” Zellner said. “My role (as IFC president) is to say, ‘Hey, we have one overwhelming goal, and that is to better people and make a better community on the Illinois campus as a result of Greek life.’”

Samantha can be reached at [email protected].