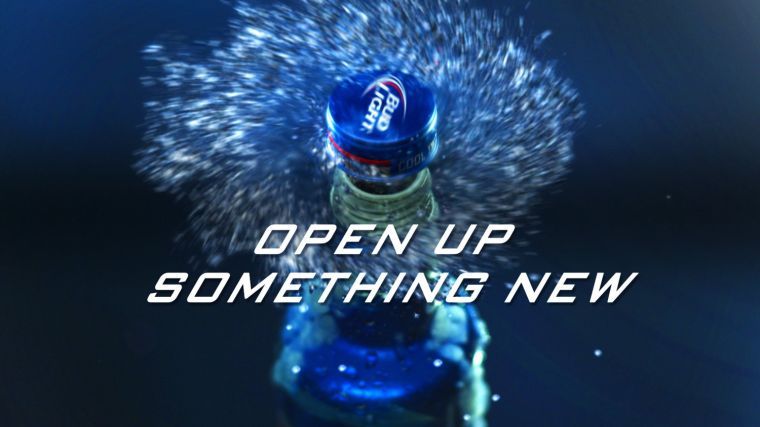 Anheuser-Busch will feature 3.5 minutes of advertising for iconic beer brands Bud Light and Budweiser during Super Bowl XLVIIII, including a 30-second spot from Bud Light titled “So Cool,” which will debut the new Bud Light reclosable aluminum bottle. Holding the coveted 1A position in the game, “So Cool” will also feature the world debut of a new song from a well-known artist.

Jan Slater, advertising professor and dean of College of Media, fondly remembers Volkswagen’s 2011 “The Force” ad, shown during that year’s Super Bowl. The advertisement featured a young child wearing a Darth Vader helmet, trying to use “The Force” on his baby brother, the family dog and the laundry machine, all unsuccessfully. However, when the child attempts it on his father’s Volkswagen Passat, he finds success.

“It was a great combination of humor, of intrigue,” she said. “We had to keep watching because we wanted to see what would happen.”

Slater said the commercial had a great story, good imagery and suspense, and an ending that deemed the brand, in this case Volkswagen, as “a hero.”

“My background is branding, and making sure the brand is relevant to the consumer,” she said. “Those are all the components I think are fantastic in a commercial.”

On Sunday, television sets throughout the country will be filled with images of blue and orange colliding, as the Denver Broncos take on the Seattle Seahawks in Super Bowl XLVIII. However, a large percentage of those viewers won’t be watching for the game, but for the commercials.

Last year, more than 108.7 million viewers in 53 million households across the nation watched last year’s Super Bowl, according to data collected by Nielsen Company. This year, both fans and non-fans alike will tune in for the same reason: to see the myriad of cleverly produced commercials.

According to Kantar Media, the rate of viewers for last year’s game grew by 1.6 percent when the commercials aired, as compared to when the game was on.

“I think the viewership is definitely a driving force of it,” Slater said. “Commercials have almost overtaken the game, and part of it is entertaining. Now people just want to be entertained, and sometimes the commercials are better than the game — hopefully not this time, but that has happened.”

“I think the commercials are a nice addition, and they add to the entertainment,” he said.

This year’s Super Bowl will feature advertisements from a variety of brands. Veterans advertisers include Coca-Cola, Doritos and Anheuser-Busch, while newcomers such as Squarespace and WeatherTech will attempt to make a good impression in their first Super Bowl advertisements.

Doritos will continue to provide viewers with a consumer-generated commercials this year, continuing a tradition its had since 2007. The voting for the winning ad closed Wednesday night at midnight. Voters had a selection of five finalists: “Time Machine,” “Finger Cleaner,” “Office Thief,” “Cowboy Kid” and “Breakroom Ostrich.” Although the five commercials have been selected from thousands across the nation, “Time Machine” is one that has roots in Champaign-Urbana.

Its creator is alumnus John Coates, starring as the old man in the commercial. Coates, who received his bachelor’s, master’s and doctoral degrees from the University in theatre studies, said he has always enjoyed acting. He was also a theatre professor at Parkland College for 15 years, and now he is an actor in Phoenix.

During the summer of 2013, he was approached by producer Raj Suri to play the role in “Time Machine.”

“It was one day in October,” Coates said. “We spent about six hours shooting it, and the total cost of the commercial was about 300 bucks … This year, even on that day of the shoot in October everybody on set just kept saying, ‘This is the one, this is going to be the one, we are going to be the winner.’”

On Sunday, the two winning commercials will air, with the most viewed commercial online, and another selected by the Doritos brand team. The winners of the contest will have the opportunity to work on the sequel of “The Avengers” film, and the creator of the ad that receives the most fan votes will win $1 million.

Other commercials are being purchased at an all-time high, with companies paying $4 million for a 30-second commercial, and, according to Kantar, the rate has increased by 70 percent over the past 10 years, with predictions that it will continue to rise.

According to Bloomberg Businessweek, by the 2030s, companies will face the price of $8 million to have an advertisement in the Super Bowl, doubling the current rate.

Due to the rising cost of 30 seconds of air-time, some brands have had to drop out from the event, most notably E-Trade. Since 2007, the company’s fiscally sound baby has appeared in Super Bowl commercials for the company, but will not this year. Slater said she believes the E-Trade baby “wore out its welcome” long ago, and unlike other brands, such as Coca-Cola and its iconic polar bears, E-Trade did not vary its commercials enough.

“I think you have to do what is constantly enhancing the brand, and Coca-Cola has certainly done that,” Slater said. “I am not sure E-Trade ever really got to the level of connection; they were selling E-Trade, that’s it. That is not a type of relationship building business … brands are all about relationships.”

According to Learmonth, the Super Bowl’s network typically holds a few spots for last minute advertisers who may be interested in participating. For example, Google’s advertisement in the 2010 Super Bowl was a late purchase for the company.

“The fact that they had a Super Bowl ad was a big surprise, because Google is not known as a TV advertiser at the time,” Learmonth said. “Sometimes bigger advertisers that buy a lot of spots sometimes try to sell them back if they don’t like the creatives.”

Along with the Olympics, the Super Bowl is the only event on television that people still watch at the same time, which leads to a interesting year for 2014, Slater said.

While Slater did reference that the commercials need to be about building a relationship with consumers, she said that the product should be at the forefront of the commercial. According to Slater, a major downfall of most Super Bowl advertisements are that viewers “can sit through commercials, and not know who the brand is.”

“I don’t think that is very effective,” she said.

Brittany Duff, assistant professor in advertising, said car brands fall to this idea quite often during the Super Bowl, and the level of success for commercials depends both on the brand and the product.

“So if your product is a consumer-packaged good, the people can easily pick up and it isn’t going to cost them much … such as chips or something like that,” Duff said. “For cars and things like that, people don’t buy them as often, so success would be a little different for those. It may just be about getting people to consider it, or put it on their list of cars to think about once they do purchase a car.”

The struggles of advertisers to make a sound return on their investment in a Super Bowl ad is nothing new to the industry though, Slater said. But since Apple Computer’s “1984” advertisement during the 1984 Super Bowl, brands have attempted a variety of approaches, such as comedy, nostalgia and more provocative ads.

Both of Anheuser-Busch’s approaches to Super Bowl ads have been very successful, and have incorporated both a comedic and a more solemn approach to their ads, according to Slater. The company, which has purchased five 30-second spots for this year’s Super Bowl, uses a clever and funnier approach for Bud Light and a more solemn approach with the infamous Clydesdale Horses in their other advertisements. However, Slater questions brands like GoDaddy and their more provocative approach to the commercials.

“Is it a smart move for GoDaddy? I don’t know,” Slater said. “I think they have gotten an awful lot of bad publicity because of their commercials, I don’t think it is driving their business, but they get an awful amount of buzz, not necessary good buzz, by the Danica Patrick stuff.”