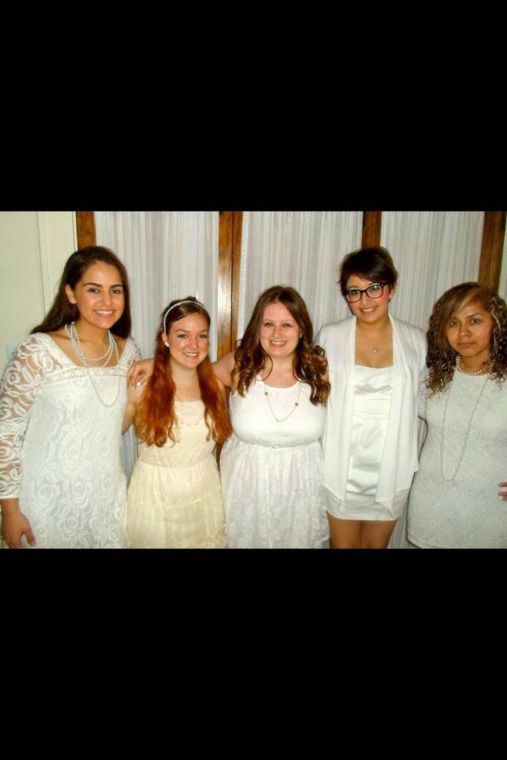 As students returned from winter break, executive boards from a majority of the 49 fraternities in Interfraternity Council, along with three sororities in Panhellenic Council — Delta Zeta, Sigma Kappa and Phi Sigma Sigma — have already begun preparation for their rounds of spring recruitment.

As opposed to both councils’ formal recruitment processes, which took place during the fall semester, both Spring Recruitment and Informal Recruitment are very casual, Shelby James, vice president of membership at Delta Zeta and junior in Business, wrote in an email.

James also said that because of this, it is easier for potential new members to feel at ease. And, although there are pros and cons to Informal Recruitment, she said that it is a worthwhile process for both the current members of the house and the new members.

“It’s a fun process to get to know new women and welcome them into our chapter,” she said. “It not only betters our sorority as a whole, but gives them a totally new experience to be a part of.”

Christina Fieber, continuing membership chair at Sigma Kappa and junior in LAS, agreed that Informal Recruitment is more relaxed than its fall counterpart.

“It’s more laid back, since it’s in a group setting instead of one-on-one,” she said. Women participating in Informal Recruitment for Sigma Kappa this year will do activities such as craft making, cupcake decorating and ice skating, she said.

Shortly after the start of the fall semester, fraternities begin their recruitment, which consists of recruitment events where potential new members have the opportunity to interact with actives. For sororities, the process is a bit different.

“Formal (sorority recruitment) is a structured process,” said Heather Ross, VP recruitment for Panhellenic Council, member of Kappa Kappa Gamma sorority, and junior in LAS. The process includes several rounds of “parties.” After each round, a potential new member narrows down the chapters she is interested in visiting again, and the chapters, likewise, invite the women they are interested in seeing back at the house.

Nicole Bergen, junior in LAS, informally recruited into Sigma Kappa last spring. She said that after recruiting potential new members this fall during formal recruitment, she couldn’t believe how different the process was, and said that she liked Informal Recruitment a lot better.

“It gives you a chance to know more people, since everyone is in a hurry during Formal Recruitment,” she said.

She also said that if you hit it off with someone during Formal Recruitment, you might not see them again. But during Informal Recruitment, it is easier to tell if the house is good match because potential new members have more time to get to know the girls in the house.

Bergen received a bid from Sigma Kappa last spring, along with four others. She said that the active chapter members really made an effort to get to know the new members after Bid Day. Additionally, she became very close with the four girls she recruited with.

However, the one drawback of Informal Recruitment was not being able to see the insides of all the chapter houses during formal recruitment, she said.

Choosing whether to participate in Informal Recruitment is entirely up to the chapter. According to Ross, each sorority has a quota, or a certain number of girls who can be initiated into each chapter as active members.

She said there are no specific bylaws to follow during Informal Recruitment, other than not going over the quota, as opposed to Formal Recruitment, where there are many rules, such as what members can and cannot discuss with potential new members during the process.

In addition to sorority Spring Recruitment, most fraternities have also started seeking out brothers for the spring pledge class, which is also a smaller, more relaxed process.

“Informal Recruitment lets people make friends and choose their fraternity in a more relaxed environment,” said Piotr Rolski, Alpha Delta Phi president and sophomore in LAS. “Formal Recruitment is solely based on a quick impression, and I feel like although it makes recruitment easier, it inhibits people from acting like themselves.”

Ari Lazar, Pi Kappa Phi vice president and sophomore in Business, said that his fraternity will be hosting smaller events to get to know the potential new members better, possibly including a fundraiser for their philanthropy.

He said that Spring Recruitment is a good opportunity for potential new members because they’ve had more time to settle into school, and the current members have more time to think about the bids they want to give out.

One important rule fraternities must follow during recruitment is the Social Alcohol Ban. According to Joey O’Donnell, director of Recruitment at IFC, Lambda Chi Alpha fraternity member and junior in Engineering, fraternities cannot have alcohol on their property for the first month of both the fall and spring semesters.

“IFC goes to each chapter house to see if there’s no alcohol,” he said.

Greg Danielson, freshman in Engineering, is currently going through Spring Recruitment at Sigma Phi Epsilon and Phi Gamma Delta, or FIJI. He attended some recruitment events in the fall, but decided at the time that being in a fraternity wasn’t for him.

“The benefit of doing it now is that you get to know if you really want to be in a frat,” he said. However, Danielson wishes there was a way to see every house and meet people in every house, and he would like to see more structure.