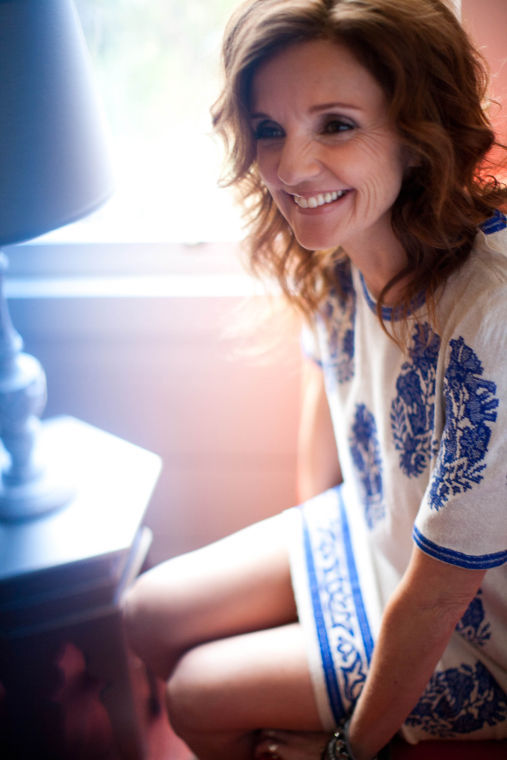 For over 20 years, Grammy-winning artist Patty Griffin has been an active member of the folk music industry. Despite the constant change of the field, she has continued to produce and perform her own original music.

“I have just been making my way through the world,” Griffin said. “I have been lucky enough to make my living making music and writing songs. There have definitely been changes, but you adapt; we are animals, so we adapt to our circumstances.”

Armintrout said Griffin’s style of music resembles the likes of Emmylou Harris and Bob Dylan, and therefore it is expected to bring a variety of guests and listeners to the performance on Wednesday.

“We love doing shows that are geared toward the students,” Armintrout said. “We love bringing something for the community at large as well, and so being able to combine those two together, and present an artist who is a Grammy Award-winning singer-songwriter, is a no-brainer for us.”

Griffin and Mitchell’s 2014 college tour has so far visited campuses across the nation, such as University of Kansas, University of Michigan and University of Iowa, often selling student discounted tickets for certain venues. Tickets will cost $16 for students and $20 for the general public for Griffin’s performance on Wednesday.

Armintrout said that while there will be “a large contingency of folks from the community,” he believes that Griffin’s tour is “to entice and encourage students to get out and see what she does well,” an idea that, according to Armintrout, the club “fully supports.”

While Griffin admitted to not having played on a college campus for a number of years before the beginning of her tour in January, she said she loves playing for a college crowd, despite all of the snow and cold they have encountered on the tour so far.

“It has been a really long time since I have done a tour of these places,” Griffin said. “I really love playing for a younger audience. I think they are different and respond differently to music and a little more recipient and are a little bit more fun to play to sometimes. I like the smaller venues; they are just easier to do a close-up show in for obvious reasons.”

Despite Griffin’s love for smaller crowds and venues at a performance, she is no stranger to fame in the music industry. In 2007, she won the Americana Music Association’s Artist of the Year award, with her album “Children Running Through” also winning for best album in the same year. Just a few years later, Griffin would go on to win a Grammy for her album “Downtown Church” for best traditional gospel album.

Griffin has had two albums released in the past calendar year. “American Kid,” which was released last May, hit 36 on the US Billboard 200. Her second album “Silver Bell,” was released in October, but the majority of songs on the album had been recorded over 13 years ago. The album went on to hit 64 on the Billboard 200 chart.

Throughout her career, Griffin’s music and song writing has been notably inspired by a variety of historic works, such as the final speech of Dr. Martin Luther King, Jr. and Toni Morrison’s “Beloved,” which she hopes will affect the audience after a performance.

“I guess anybody that is bothering to do any kind of creative expression is hoping that the emotion that thought of that gets translated or gets moved into other people with the work that they do,” Griffin said.

Mitchell, who has been described by many as the “Queen of modern day folk music,” will open for Griffin on Wednesday night, which Mitchell said is “an honor.” Mitchell typically plays with a folk style to her music, but her most recent album, “Child Ballads,” was a collaboration of seven children ballads with fellow artist Jefferson Hamer.

Mitchell said that her inspiration to become a songwriter and eventually a musician was strongly rooted in her family.

“I always wanted to be a writer of some kind,” Mitchell wrote in an email. “My dad was and is a writer, and books and words were always important in our house. Being a songwriter was my way of doing that.”

Mitchell said she has been a long-time fan of Griffin, and that her husband, Noah, and their six-month-old baby, Ramona, both love Griffin’s music.

Griffin said that Mitchell is “a unique voice, she is a story teller sort of songwriter, which is a really old tradition, but she has her own voice within that tradition.”

Jaik Willis, a performer who frequents The Canopy Club, will be in attendance for the show and said he is in awe that the two artists are featured on the same bill. Willis said in an email that the two previous shows of theirs are in the top dozen best shows he has ever seen.

“I saw Patty Griffin at the Chicago Theater with some friends — they had better seats than I did, so I sat on the floor between seats for the whole show — and was so mesmerized that I never even noticed I was kneeling on concrete for two hours,” Willis wrote in the email. “I spent two years traveling alone in my car around the U.S., and not a day passed where I did not listen to one of Patty’s records. Her music really has a special place in my heart.”

After having known of Mitchell’s talents, Willis said he was finally able to see her perform a couple of years ago and described the experience as “so powerful that I found myself paralyzed, unable to even clap or move. Really, it was that heavy.”

Though both Griffin and Mitchell will bring a folk music approach to the show at The Canopy Club, it is their storytelling that will really continue to provide an experience for the audience. The show will feature an acoustic duo as compared to a full band, Griffin said.

“She is a folk musician; I would call her a troubadour,” Armintrout said of Griffin’s style of music. “Certainly a lot of people would classify that genre as basically musical storytellers; people who are telling the tales of Americana through song.”