How one student’s hobby turned into a career 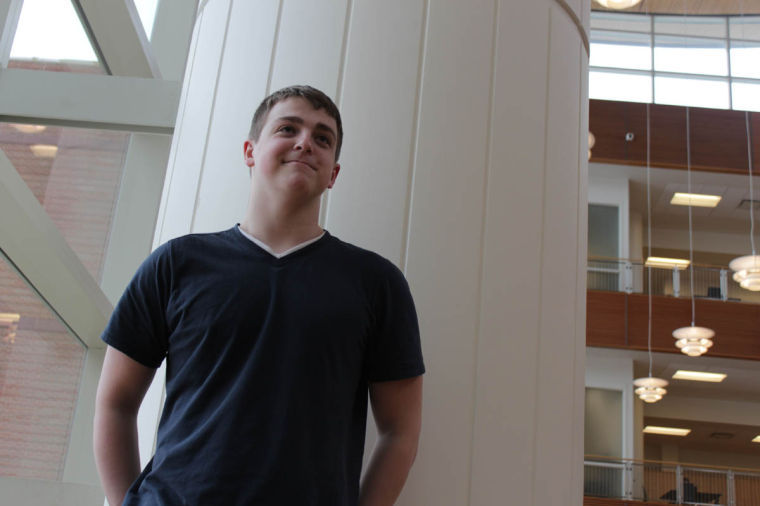 Tim Miller, freshman in Engineering, is a young entrepreneur who began making mobile apps when he was 15.

At age 15, Tim Miller, freshman in Engineering, began creating mobile apps as a hobby. Soon, this hobby flourished into a business — one that now pays for his college tuition.

By the end of this year, Miller expects to make a six-figure annual profit from the mobile apps he has made so far.

But it’s not the money that’s important, Miller said. Rather, it’s the opportunity to learn more about coding, and to provide resources to users and content managers.

Miller’s interest in coding began when the iPhone and App Store were first launched.

But after taking a computer science class in Javascript his freshman year of high school, his interest in programming was able to develop into an acquired skill. Miller credits his teacher for giving him the inspiration and enthusiasm for coding that he still has today.

“He emphasized that programming can be fun,” he said. “He made the class not (about) teaching for the AP test, but more for making sure we enjoyed what we were doing.”

The following summer, Miller increased his coding skills by teaching himself through online sources such as Stack Overflow, a question-and-answer forum for coding enthusiasts.

After a period of time that is “too long to tell,” Miller eventually made his first mobile apps for Android phones and found success. Although back then he didn’t make nearly as much money as he earns today, he still made a “sizeable amount” of money for a 15-year-old, he said.

Some of his earlier apps include Eggmergency, a Pokémon-inspired game, and two that have since been taken down: GTxter Pro, a text-bombing app that could send multiple messages at one time, and Memegenerator, which is used to create and view memes. While Miller jokes that some apps, like the text-bombing app, may have done more harm than good, he considers “Speed Boost,” which helps Android users have increased phone speed and utility, his most successful app.

Since the start of his programming career, Miller has made more than one dozen apps, the majority of which were games for all iPhone and Android models. However, he plans to create mobile apps for those who want to earn money from their content, such as their Facebook fan pages and personal online websites.

“It’s easy to get followers on the web, but everybody’s always interested in making more money on the content so they could do what they love,” Miller said. “And this app would allow them to do that.”

So far, Miller has successfully signed two contracts with the website Supercross/Motocross Updates and the Facebook page “Cats Are Liquid” to create mobile apps that would help increase the number of users and amount of earnings the webpages would receive. The app Supercross/Motocross Updates – Real Time News was released this week, which is an outlet for motocross news, photos and videos. The app for the Facebook page “Cats Are Liquid” is currently under review.

And yet, although Miller has gained success, he points out challenges for those wanting to go into the industry.

“The app market is really saturated right now, so I wouldn’t recommend anyone to do what I’m doing at this point,” he said. “It’s just too hard to start from zero and get a decent following. It really doesn’t matter how good the app is. If you can’t get access to people, you can’t get any sizeable revenue from it.”

Miller attributes his achievement to the early start he was able to have once the App Store began, calling himself a “veteran of the app ecosystem.”

“I’ve been around since the beginning, and I’ve seen it grow,” he said. “It’s still relatively new, but just getting good advertising for apps is really important and that’s something I have access to.”

Miller also cites the advice and teachings of “top notch” professors that have helped him enhance his coding capability and knowledge.

“It’s interesting learning languages in a formal setting that I’ve known for a couple of years on my own, rationalizing how it works and how to apply it,” he said. “In high school, if I ever had a question or an issue, I couldn’t ask anybody because I was the person that was supposed to know the answer.”

Still, Miller cites an obstacle of his own: finding motivation.

“The hard part is to keep doing what you’re doing, even though it’s making enough, or you would assume, would be enough,” he said. “Right now, I’ve taught myself to not to get complacent from what I’ve done from the past, and to keep getting motivated to make better content and apps.”

While he believes the app industry will remain strong in the next five to 10 years, Miller holds a different vision for his future.

“I want to be making jobs for the college students that are at career fair(s), looking forward to getting an internship,” Miller said. “The inspiration is to help other people get jobs. So, down the line, this would be big enough where I can employ somebody else or start a corporation to have a board and have a whole culture revolve around this. Coding is a means to an end. It’s what I do, but it’s not all that I do.”

When he’s not coding, Miller spends his time as an active student in the College of Engineering and participates in the University’s water polo club team, the Illini Swim Club and the Animal Protective League.

But even if Miller’s peers and educators may not know of his mobile app business, his work ethic and passion do not go unnoticed.

“He was a keen student with a lot of enthusiasm (and) used to help other students understand the concepts better if they were confused,” said Dharthi Nagaraj Kashyap, Miller’s former computer science teaching assistant.

Miller’s “entrepreneurial spirit” is a distinct characteristic that sets him apart from others, said Jake Hamill, fellow Illni Swim Club member and freshman in Engineering.

“Many people have ideas but can never follow through and actually make their ideas into a reality,” he said. “I believe that Timothy will be successful in whatever he does because he gets things done and turns his ideas into reality.”

With all that he has accomplished, Miller’s immediate goals are focused on his undergraduate studies. He aims to graduate a year early with a degree in Computer Science and a minor in Business. For now, his future employment doesn’t worry him too much.

“Coding gives me financial independence,” he said. “My job is anywhere where I can get Wi-Fi connection.”