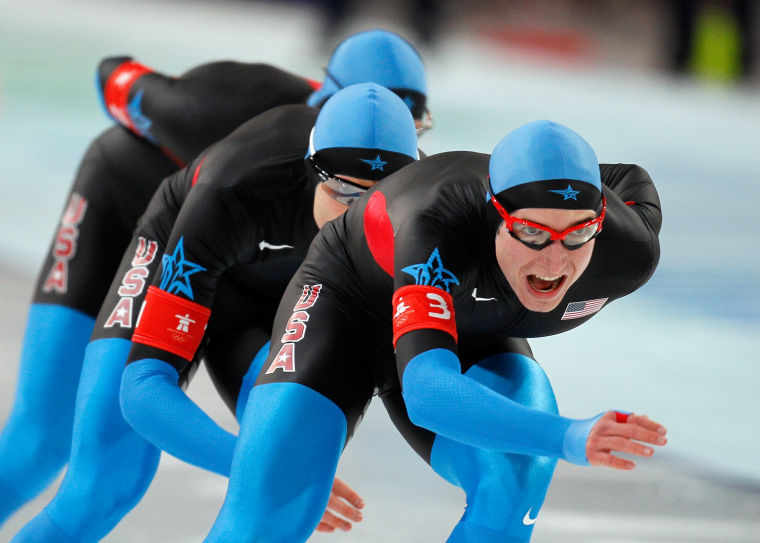 Sven Kramer of the Netherlands, who Kuck was racing alongside, won gold in 6:10.76, an Olympic record.

University student Jonathan Kuck has an outside shot to medal in his first event at the Sochi (Russia) Olympics this weekend.

The Urbana native long-track speedskater will race in the men’s 5,000 meter race 5:30 a.m. Central time Saturday. His race will be televised live by NBC Sports Network as part of its early morning coverage.

Kuck, who is one of three Americans competing in the race, qualified after winning the event by more than six seconds with a time of 6 minutes, 19.75 seconds at U.S. Olympic Trials in late December.

The 23-year-old Kuck is competing in his second Olympic Games after winning silver in the team pursuit in Vancouver, British Columbia, in 2010.

He was a favorite to compete in the 10,000 meters, but 17-year-old teammate Emery Lehman edged Kuck out by a skates length — .07 seconds — after coming back over the final three laps to secure U.S.’ lone spot in the event at the Winter Olympics.

Kuck is an engineering physics major, with a computer science minor, at the University.