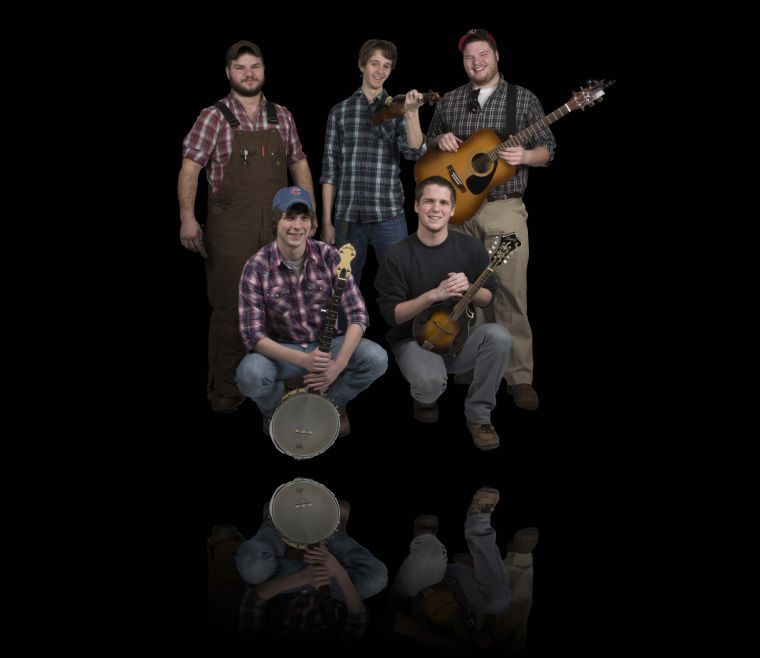 Last Wednesday night at the Urbana Community Center for the Arts, the sound of bluegrass music wafted out of one of the rooms. A voice could be heard singing:

“I hear the train a comin’.

It’s rolling round the bend,

and I ain’t seen the sunshine since I don’t know when.

I’m stuck in Folsom prison, and time keeps draggin’ on.

But that train keeps a rollin’ on down to San Antone…”

Inside, a group of students sat in a circle, playing a multitude of instruments, including fiddles, mandolins, banjos and a harmonica. The voice belonged to David Fulton, senior in ACES. He sang “Folsom Prison Blues” by Johnny Cash, while strumming a guitar.

This was a typical meeting of the Pickin’ Illini, also known as the Folk and Roots Club. Started in late November by Fulton and his twin Daniel Fulton, senior in ACES, the mission of the registered student organization is to appreciate and play folk and bluegrass music.

Fulton, also known as “Boots,” is clad in a plaid shirt, blue jeans and, of course, a pair of cowboy boots on his feet. When he sings, his eyes squint happily, and his head bops up and down to the beat of the music.

Daniel sits close by, also wearing plaid and a set of brown overalls. After following along with the rhythm, he joins in, playing a sharp, happy tune on his harmonica.

The Fulton’s grew up listening and playing bluegrass and folk music. Before college, Fulton was in a band called the Possum Holler Pickers with musicians from his hometown, Lincoln, Ill.

“They were great musicians, and they always inspired me to push further and further,” Fulton said.

Fulton explained that it was always his and his brother’s dream to form a bluegrass club at the University, and with the help of fellow members and twins Grady and Kelly Ryan, both sophomores in ACES, they were able to make it happen.

At the weekly meetings, the most popular part among current members is the jam sessions. In addition to “Folsom Prison Blues,” the members covered “Wagon Wheel” by Darius Rucker and “Tell It To Me” by Old Crow Medicine Show.

“We teach each other new stuff, maybe learn some new music that we’ve never heard before,” Fulton said.

Mandolin and fiddle player Grady Ryan also enjoys jamming. He said it was something he could not do on a regular basis until the club was formed.

Another aspect of the meetings is help for those who want to learn to play folk and bluegrass music. Fulton said they accept any skill level.

“We just ask that they somewhat have a passion for bluegrass, and that’s it. We don’t require anyone to play an instrument or be good by any means, we just want them to appreciate the music,” Fulton said.

This was the case for Amy Liu, sophomore in FAA.

“I have a passion for this kind of music, and I previously had not known anyone else who wanted to play this kind of stuff… It was really exciting finding a bunch of people who like the same music and who are excellent at playing it,” Liu said.

At the meeting, Liu played the banjo, which she started practicing consistently a few months ago.

“I’m learning among people who are not judgmental and who have so much advice to give,” Liu said.

Because the Pickin’ Illini is a new RSO, Fulton said they are working to get on the performance track soon. The club is getting closer to achieving this goal as they recently received a sponsorship from the committee of the Champaign-Urbana Folk and Roots Festival, a two-day bluegrass and folk event in downtown Urbana.

Interested students are welcome to attend the meetings, which occur on Wednesdays at 8 p.m. at the Community Center for Arts, better known as C4A.

“First of all, you make friends here,” Liu said. “That is very important on such a big campus and moreover you are learning something, disciplining yourself, but also just having an awesome time.”