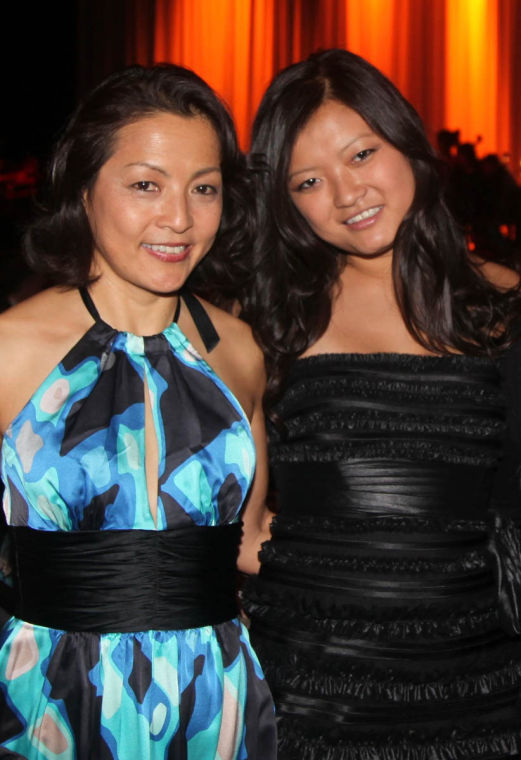 Jian Ping (left) and Lisa Xia are subjects of the documentary, “Mulberry Child,” showing at 7 p.m. Tuesday at the Spurlock Museum.

On Tuesday, at 7 p.m. the Asian Educational Media Service is screening the 2011 award-winning documentary, “Mulberry Child” at the Spurlock Museum as a part of its AsiaLENS Film Series. The goal of AsiaLENS is to present students with documentaries and independent films that depict issues of contemporary life in Asia. Founded in 2008, AsiaLENS screens a new film on the second Tuesday of each month, free and open to the public.

According to Jason Finkelman, events coordinator for the Asian Educational Service, the films selected for the AsiaLENS 2014 Spring Series were chosen for their ability to exemplify two major themes: to educate students about the Cultural Revolution of China and share stories that deal with broadcast journalism in and about China.

“I hope that students leave wanting to know more about the history of the Cultural Revolution and to better understand how its effects resonate with those who experienced it first hand,” Finkelman said.

“Mulberry Child” will kick off the AsiaLENS spring calendar and will be followed by films including “High Tech, Low Life” and “The Revolutionary.”

Winner of the Spirit of Freedom Documentary category at the 2012 Bahamas International Film Festival, “Mulberry Child” is an adaptation to Jian Ping’s book, Mulberry Child: A Memoir of China. Ping’s memoir tells the tale of her experiences growing up in China during the Cultural Revolution.

“I grew up in China during the Cultural Revolution, when millions of people suffered from political persecution. My parents were among them, and, as a result, we were kicked out of our home in the middle of a winter and forced to settle in a mud house without heating, water and plumbing,” she said. “Our life was turned upside down. Writing the book helped me come to terms with many difficult issues I had buried deep inside for decades.”

The documentary, unlike the book, isn’t exclusively a tale about Ping’s childhood during China’s Cultural Revolution. In “Mulberry Child,” director Susan Morgan Cooper includes an additional narrative detailing the cultural divide that existed between Ping and her 28-year-old daughter and 2007 University alumna Lisa Xia, who served as Ping’s inspiration for writing Mulberry Child in the first place.

“I wrote the book for Lisa, so she could understand where she has come from. I wrote it at a time when she was struggling with her identity and didn’t want anything to do with China. I didn’t want her to forget where she had come from,” Ping said.

Xia moved to America with her mother when she was four years old, and as a result, she felt little to no connection with her mother’s homeland. Growing up in America, Xia struggled with her identity as a Chinese immigrant.

“When you grow up being different, the only thing you want is to assimilate, to be normal, like all the other kids,” Xia said. “I don’t think it would have mattered if I were Chinese, Korean, Kenyan or Bolivian — I just wanted to be American and to minimize the things that made me different.”

Despite writing the memoir for her daughter, it took Xia eight months to finally read her mother’s book. Xia said it was difficult for her to read a book that told stories of the pain and oppression experienced by the people she loved.

“I didn’t want to hear the painful stories of yesteryear from people who I had just viewed as my loving aunt or doting grandmother,” Xia said. “You don’t want to sometimes see that side of their lives; it somehow makes everything more real.”

Through the filming of “Mulberry Child,” Ping and Xia were able to shut the door on many unresolved issues that had long plagued their relationship.

“Many questions that our director threw at us when we were making the film forced us to face our conflicts directly. It was a difficult process, very challenging emotionally, for we were not used to talking about the problems we had,” Ping said.

Facing their problems head on has proven an effective means of rekindling their relationship, Xia said. And after “Mulberry Child” was shot, the pair spent time on the road together promoting their film and speaking to audiences. According to Xia, this time together helped their relationship grow, perhaps even more than the film itself.

“After the year we spent shooting, my Mom and I essentially went on tour together,” Xia said. “You learn a lot about each other that way, and you also learn a lot about patience, tolerance and love. I think that’s what’s helped our relationship evolve even more so than even the film.”

Directly following the film’s screening, Ping and Xia will hold a post screening discussion in Spurlock Museum’s Knight Auditorium, where they will offer additional insight and answer questions about their film.