Felix Cartal to drop the bass at Canopy Club 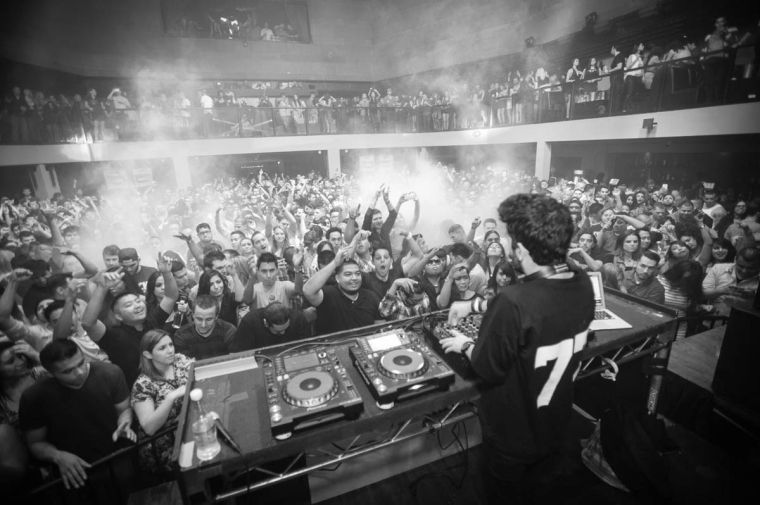 Students now have a reason to rave this week: Electronic dance music producer and DJ Taelor Deitcher, better known by his stage name Felix Cartal, will be stopping by to drop the bass on campus.

On Thursday night, Felix Cartal will perform at The Canopy Club, along with Love & Light, Spankalicious and Disflow, as a part of his 2014 tour. The concert starts at 9 p.m., and tickets are being sold for $10.

As a Vancouver native, Cartal has gained an immense international following through his distinctive hard-hitting music. Cartal has been noticed by established producers such as Steve Aoki and MSTRKRFT, helping his music gain more popularity and support in the music world.

Students planning to attend the concert believe Cartal will be a great fit to the list of performers to hit The Canopy Club’s stage.

“Cartal has an interesting perspective on the current state of electronic music, and I think that freshness is pretty sweet in a time where a lot of artists are producing similar sounding tracks,” said Auffy Birjandi, graduate student and intern at The Canopy Club.

“I think that support along with his unique style will definitely bring out a high-energy crowd for his show,” Birjandi said.

David Khalameyzer, junior in AHS, agreed that Cartal’s distinctive sense of music will draw in a good crowd for the concert.

“He’s a versatile DJ and can be intense,” Khalameyzer said. “He gets the people going. … There is a lot of love in the (EDM) community.”

Performer Disflow, also known as Alex Rymarz, junior in LAS, has been in the music industry for about one year and is excited to share the stage with Cartal.

“I expect (the crowd) to have a good time,” Rymarz said. “I really think the lineup has potential to put on a great overall production for its audience.”

Rymarz said each performing artist caters to a different demographic of listeners, making the audience a “full spectrum of electronic dance music enthusiasts” for this show.

Rymarz is no stranger to The Canopy Club stage. He has opened up for the heavy bass, electro band Midnight Conspiracy, which took place in October. He said it was a great experience for him as a performer.

“I love performing at The Canopy Club, primarily because of the layout of the venue,” Rymarz said. “The capacity size and wide stage setup are both appealing to me as an artist and spectator. I also have always had a good time in the Green Room (backstage artist and media area), which is something that is not always provided to artists by venues.”

Although Rymarz enjoys performing, he said being a full-time student and DJ can be draining both emotionally and physically. Academics are his top priority, but having multiple shows in a week can take its toll on the DJ. Rymarz said he finds being a student on campus can help with his networking.

“The great part about being a student on campus is I get to really interact with my fan base,” Rymarz said. “There are times that I’m at the library or on a bus and students I don’t know will recognize me as Disflow and strike a conversation. So at the end of the day, it’s grueling but also very rewarding.”

In the midst of exams and schoolwork, sometimes students need a break. For both attendees and performers, The Canopy Club’s Thursday night show will be one way to let off some steam.

“I don’t think there’s a better way for students to spend their Thirsty Thursday,” Rymarz said.