Predictions for the Academy Awards: What’s your take? 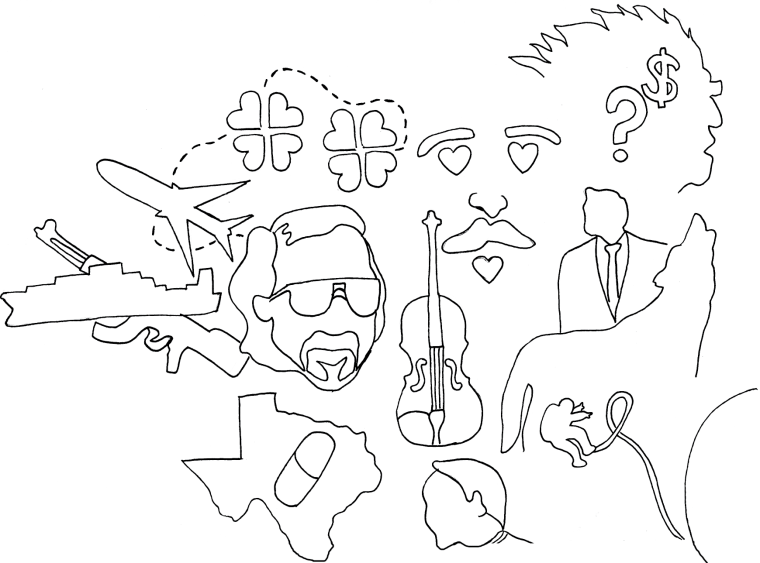 This will be a year to remember in film history, but nothing nominated for an Academy Award this year is likely to be as memorable or influential as “Citizen Kane,” the 1941 film that many critics dub “the greatest film of all time.”

Both “Gravity” and “American Hustle” walked out of nomination day in January with a whopping 10 nods each (though the record is 13), but I think “Gravity” will take home the most this year. Nine nominations went to “12 Years a Slave,” but I see it walking away with only one or two. In a major upset, it may not win at all if “Gravity” wins Best Picture, Jennifer Lawrence wins for Best Supporting Actress and if it loses out in the “Adapted Screenplay” category.

The Oscars will air live on ABC on Sunday, March 2, beginning the Red Carpet event at 6 p.m. CST. If you haven’t yet, cast your ballot here.

After seeing every nominated film except the shorts, documentaries and foreign films, here are my picks for this year’s Academy Awards:

This is a very tough call this year. “American Hustle,” “12 Years a Slave” and “Gravity” have come out as strong frontrunners. This year, the Producers Guild Awards awarded a historical tie.  If history proves to be a good predictor for the future, then “12 Years a Slave” has a good shot at winning the top prize. Part of me, though, is rooting for the Academy to go with the larger-than-life “Gravity.”

Best Actor in a Leading Role

Even though one of Tom Hanks’ best performances of his career in “Captain Phillips” was shut out of this tight race, I’d be happy with a win for any of these actors.

Best Actor in a Supporting Role

The Academy has given the LGBT community some nods in the last couple of years (“Black Swan,” “The Kids Are All Right,” “Dallas Buyers Club”), and, this year, it will get another nod. Even if Leto’s comments at the Golden Globes weren’t the most sensitive to the LGBT community, his character in “Dallas” was.

Best Actress in a Leading Role

There isn’t a single weak performance in this category by any stretch of the mind (all of the nominees, except Amy Adams, have at least one Academy Award for acting), While Meryl is still queen, I am betting on Blanchett. She cannot be stopped.

Best Actress in a Supporting Role

This is the category to watch because, other than the Best Picture race, this is the closest race. Lupita Nyong’o’s performance is exactly the kind of thing the Academy looks for (breakout role, deeply emotional and painful performance that’s raw through and through, etc., etc.), but Jennifer Lawrence also nailed her role. JLaw, though, just won for best actress last year. It’s not a stretch to think it could happen again — only five other actors in Oscars history have won back-to-back — because she’s a force to reckon with in Hollywood. If she wants it, Lawrence has a long career ahead of her.

Alfonso Cuarón’s tour de force cannot lose this. The Directors Guild gave him the top prize for this imaginative and extraordinary work not too long ago, and “Gravity” will be the reason Netflix won’t close down brick-and-mortar cinemas for a long while.

“Her” was my favorite this year, and it’s one that will have a lasting impact for years to come because either it perfectly captured the future or missed it entirely. That would make it fit for a Best Picture win, but the truly great films, such as “Her” or “Dead Poets Society” (1989), find the best representation in the writing categories. This year will be no exception.

For me, this one was a bit tough. “Captain Phillips” was gripping from the very beginning (not an easy feat), and several of the films that won in this category over the last decade shared similar traits. But “12 Years a Slave” exhibited a certain je ne sais quoi that I’ve never seen in a film about the always heavy topic of slavery.

Do you agree with my picks? Share your thoughts in the comments below.

Ryan is a senior in LAS. He can be reached at [email protected] Follow him on Twitter @ryanjweber.

Editor’s note: A previous version of this article incorrectly stated that all actresses nominated for the supporting actress category have at least one Academy Award for acting. Amy Adams hasn’t won an Academy Award, but she’s been nominated. The Daily Illini regrets the error.