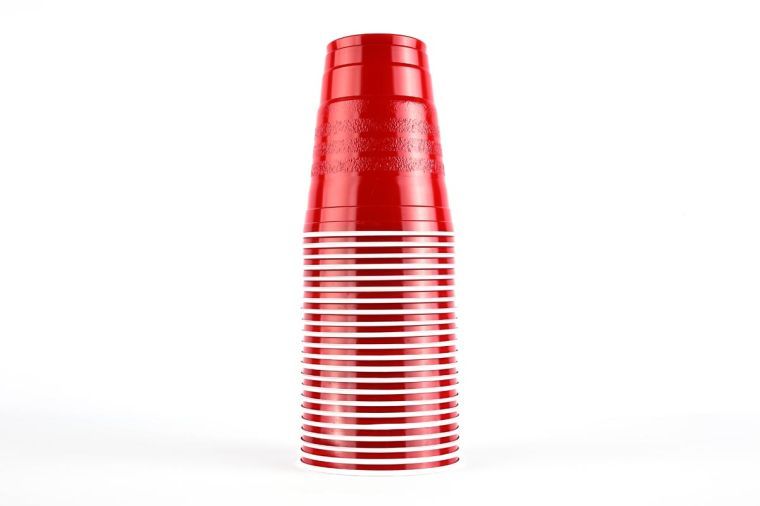 For many students at the University of Illinois at Urbana-Champaign, a school ranked No. 3 on Princeton Review’s list of top 20 party schools, the first Friday of March means two things: Wearing green and drinking excessive amounts of alcohol. Bars open early and some students skip class to celebrate Unofficial St. Patrick’s Day, a nationally known event among college students. But how does it compare to the campus-wide parties of fellow Big Ten schools? Let’s take a look at a few of them:

University of Illinois at Urbana-Champaign:

Unofficial St. Patrick’s Day is a holiday whose creation is largely credited to bar-owner Scott Cochrane, who now owns several bars on campus. He and other bar owners advertised the first “Unofficial St. Patrick’s Day” in 1996 so students could celebrate a holiday that normally occurred during their Spring Break, which caused bar owners to lose money. The holiday, which now falls on the first Friday in March, has essentially become an excuse for students to wear all green, start drinking early and get drunker than usual. But recently the University and city officials have tightened up security on the event — including making all of the campus bars 21-plus entry for the weekend of Unofficial.

Cara Drennan, senior in LAS, said she has been to both Little 500 at the University of Indiana and Unofficial. She said she enjoys Unofficial but thinks events like Little 500 take place on a bigger scale.

“I don’t think Unofficial has as much of a platform to it; it’s just a day that everyone gets really hammered,” Drennan said.

Nonetheless, Drennan said she likes the easygoing atmosphere of Unofficial and seeing everyone drinking on porches and roofs.

Drenan, who has friends visit her every year for the event, said she thinks the reputation of Unofficial is what attracts visitors from other universities.

“Not only do friends want to visit me, but they want to experience what all the hype is for themselves,” she said.

Indiana University Bloomington’s “Little 500” week consists of a week of partying leading up to the nation’s largest collegiate bike race and occurs during the last weekend in April. Dubbed “Little 500,” the bike race began in 1951 as a way to raise money for student scholarships and is modeled after the Indianapolis 500 auto race. Sponsored by the Indiana University Student Foundation, the women’s race is held on Friday and the men’s on Saturday. Day parties and concerts take place throughout the week, with last year’s biggest performers being Macklemore and Ryan Lewis.

Despite the abundant partying, Nicole Drennan, sophomore at Indiana University, said racers take the event seriously and often do not drink for the entire year leading up to the race. Drennan, who was a rookie racer for her sorority Zeta Tau Alpha last year, is now captain of a new four-person team this year. She said that although she misses out on the partying, racing is an “unbelievable experience” she would not trade for anything.

According to Drennan, anyone can put together a team, and often fraternities, sororities, clubs and even dorms will be represented. Student celebrations are largely organized by Greek chapters. Indiana sophomore Walter Edwards said fraternities often put up makeshift fences surrounding their houses, which enables them to drink on their front lawn without fear of consequence as long as they do not get noise complaints. According to the Indiana University Student Foundation, more than 25,000 fans come to campus each year to watch the Little 500 bike race.

In 2012, Madison police handed out 545 tickets related to the event. Rob Shepard and his roommate Geoff Gilles, both juniors at the university, said they watched as police filled up two Metro buses full of arrestees. In 2013, there were only seven citations because the party had spread to other places on campus due to heightened security on Mifflin Street, Shepard said.

“When they tried to stomp out the little fire on Mifflin Street in 2012, it simply spread like wildfire all over campus,” he said. Now, because of increased police presence on Mifflin Street, the party is not only confined to just that block. House parties and frat parties are abundant the day of the Mifflin Street Block Party, and drinking starts early in the day.

Much like Unofficial at the University of Illinois, State Patty’s Day at Penn State was created in 2007 to celebrate St. Patrick’s Day, which usually occurred during students’ spring break. The celebration, which occurs on the last Saturday before spring break, was held on March 1 this year, and the University collectively paid more than $200,000 to downtown businesses and liquor distributors to either stay closed or not sell alcohol that day.

“I know that students are still pushing to have parties and things, but I don’t think it is as big as it used to be,” said Drake Dodson, junior at Penn State. He said he thinks many students are scared away because of the large police presence. Two of the parties Dodson attended during State Patty’s Day were shut down by the police. However, Dodson said he did not have a problem finding parties to go to, and there were still “plenty of drunk people wearing green.”

The University of Minnesota’s Spring Jam is a three-day music festival held the last weekend in April. Sponsored by Student Unions and Activities at the University, the event began in 1997 and usually falls two weeks before students’ final exams. This year, it will be held April 24-26. Jeff Hochstein, sophomore at Minnesota, said the festival gives students the opportunity to finally enjoy warm weather after a long winter.

In the past, artists like Mat Kearney, Lupe Fiasco and the Head and the Heart have performed at Spring Jam. According to Hochstein, Spring Jam pre-festivities include a “Battle of the Bands” for students who wish to put together a band. The winner of the contest opens for the headliner of Spring Jam. During the actual weekend of Spring Jam, fraternities and sororities participate in “Greek Battle of the Bands” in which certain fraternities and sororities are paired up to play a few songs together on stage during Spring Jam. They get rated based on things such as look, stage presence and talent, Hochstein said.

“It’s really funny because none of them are really good, but you can tell they’re having a great time,” he said.

Armadillo Day, known to students as “Dillo Day,” is a one-day, outdoor music festival hosted annually by the student group Mayfest on the Saturday of Memorial Day weekend. Since 1972, the festival has featured artists such as Walk the Moon, Smash Mouth and Wiz Khalifa. Umangi Patel, junior at Northwestern, said some students begin drinking by Lake Michigan at sunrise, but at the event itself, drinking is not allowed. However, beer is sold at a tent for those legally of age.

Patel said the university offers free food, such as a pancake breakfast in the morning and free pizza at the Lakefill.

“Given that Northwestern is a medium-sized, private institution, it is our outlet for pretending that we are a public school,” Patel said. Day drinking at off-campus tail-gate-like events and barbecues is common for students before they go to the actual concerts, Patel said.

Gabrielle Petrelli, sophomore at Northwestern, said that although the university is strict about visitors on Dillo Day, police are mainly concerned with students’ safety, not busting parties.

Purdue University’s Grand Prix, a week-long celebration leading up to a Saturday go-kart race, is normally held on the last Saturday in April. According to the University’s student newspaper “The Exponent,” the tradition started in May 1958 when a group of engineering students wanted to use skills they learned in their classes, and raced go-karts with lawnmower engines. Today, students are invited to build a go-kart and race.

During the week leading up to the go-kart races, upperclassmen partake in a Purdue tradition called “breakfast club,” which consists of going to the bars in costume at 6 a.m., Trybula said. This tradition is usually reserved for football season, but also happens all throughout the week of Grand Prix and on Saturday.

Many students skip class, he said, and fraternities set up sand volleyball courts, bounce houses, giant blow-up water-slides and blow up pools outside their houses. In the past, Trybula said, the University has held a Life and Color concert for the weekend of Grand Prix.