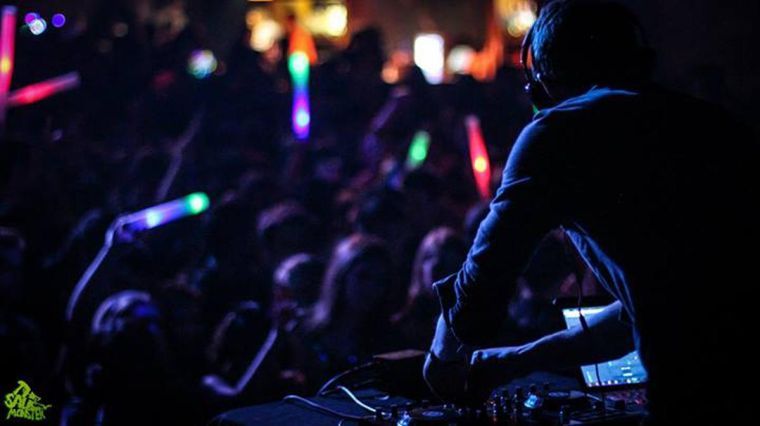 As students from other college campuses visit the University for Unofficial weekend, The Canopy Club’s Heartland Music Festival hopes to unite both these visitors and University students in a safe environment, through a common passion: music. On Friday and Saturday night, various performers will perform at The Canopy Club for the first-ever Heartland Music Festival, which will begin at 8 p.m. on Friday and 9 p.m. on Saturday. Tickets are being sold in advance for $11 for Friday, $16 for Saturday and $21 for both nights.

Heartland acts as a finale to Unofficial weekend, according to Eryk Puczek manager of DJ Alex Rymarz, junior in LAS, otherwise known as “Disflow,” and it will be held in a safe and controlled environment for attendees under the age of 21. Friday’s lineup includes artists such as The Floozies, Frankie Sanchez, Kromuh, Bad Luck, Kings Of Class, Axah, Airia and Amplifi, while Saturday’s lineup is expected to feature artists such as Kap Slap, Disflow, Rami, Meccom, and Krucial.

Heartland is an electronic dance music event promotion company, which also plans its own events. The company consists of five DJs, 10 marketing staff members, and five stage staff members. Although this is the company’s first musical festival, Heartland has thrown more than 10 EDM parties at the University in three years, according to Jinwoo Kim, marketing director for Heartland and senior in Media.

The company’s slogan is “unite everyone through music,” which it hopes to do as students from all over the Midwest come to the University for Unofficial weekend, Kim said.

“The purpose of Heartland is to gather different communities under one roof with great music,” said Kim. “We have invested all of our profits from previous events to bring talented DJs (from) all over the nation.”

Kim explained how Heartland has already thrown parties with the different cultural communities on campus, along with the Greek community, to build up the relationships to make Heartland Music Festival possible.

“We think our relationship with different communities will be a great help to serve our purpose,” Kim said. “And most importantly, we invested the love we received from the diverse community of students to provide high quality music by inviting talented artists to the event.”

Simon Bernick, event promoter and sophomore in Engineering, also expects to draw in a diverse audience for the festival.

“Since Heartland is on Unofficial … we are expecting a packed show,” Bernick said. “The show is about bringing everyone on campus together, so we’re hoping to get people from all nationalities and social groups, be it Greek, academic or whatever.”

Rymarz said he is excited to perform at the festival and open for more artists than he has in the past.

“I’ve never performed with that many artists,” Rymarz said. “This is my first festival, so I’m just going to have a good time. I’m glad I get to experience it with these artists.”

Rymarz said he plans on doing a one hour set at the festival with a variety of music.

“Most of my sets are impromptu,” Rymarz said. He explained as the crowd becomes more hyped up, his set will increase to a higher tempo.

“I will cater to the crowd,” he said.

Rymarz also believes the festival will bring in a diverse crowd of electronic dance music enthusiasts and will be enjoyable for anyone who attends.

“The point of it is to bring a large amount of people from other schools,” Rymarz said. “It’s a great place to go with a large group of people. There will be two stages going on, and a lot of different places inside the venue for people to just hang out. It accommodates for every type of fan.”

Although Unofficial is known as a controversial holiday on campus, Kim said The Canopy Club will provide a safe environment to those who attend the music festival.

“I think partnering with Canopy is the best decision we ever made,” Kim said. “We are providing a secured area for students that will be safe than drinking without rules at someone else’s place.”

Bernick shares a similar view, and said that safety is a first priority at the event.

“Safety comes first, period,” Bernick said. “We want to make sure that nobody feels unsafe at any point during the festival.”