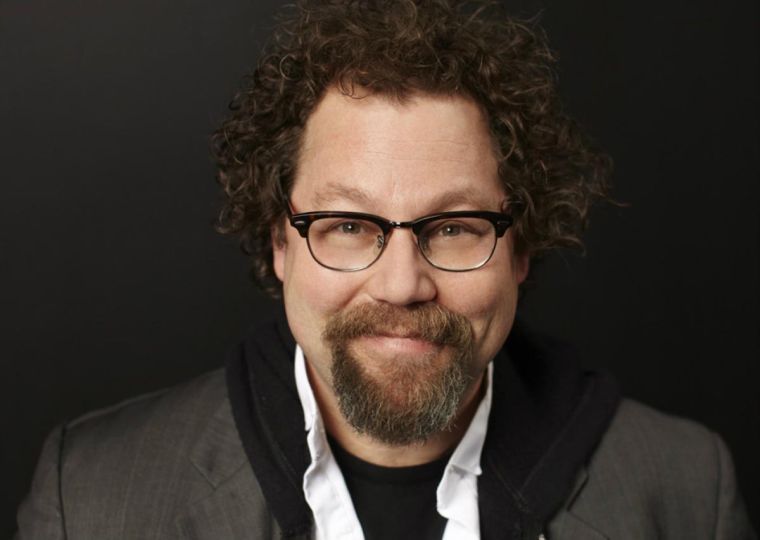 Brian Posen, a University alumnus, will be performing in two troupes at the Toronto Sketch Comedy festival this coming week. Posen has found success in the Chicago theater and comedy scene as executive producer of the Chicago Sketch Comedy Festivial, program head at Second City and creative director of Stage 773.

Once upon a time, Brian Posen was a theater graduate student at the University who frequented Espresso Royale and endured many nearly sleepless nights in the hopes of one day pursuing a career in the performing arts. Now, he is one of the most important figures in the Chicago comedy and theater scenes, working as program head at the Second City Training Center and creative director of Lakeview’s Stage 773 — a versatile space for various professional performance groups. He is also the executive producer of the Chicago Sketch Comedy Festival, which is the largest sketch comedy festival in the country. He will be performing as a member of two Chicago-based comedy troupes at the Toronto Sketch Comedy Festival on March 6 to March 16.

The Daily Illini: I read you were originally a pre-law/psychology major. Not that there’s anything wrong with that, but what eventually made you switch to theater and comedy?

Brian Posen: After undergrad, I did a pre-law concentration in business, and I didn’t know if I was going to get an MBA or a law degree. So after I graduated, I started studying Kaplan (test prep) and doing an internship. And it was about a half year into that when one of my buddies said to me, “Hey, I’m taking a class at Second City. It’s fun — you should do it with me.” And back then, there wasn’t that big of an improv community — it was maybe about 150 students — so I took a class at Second City, and after eight weeks, I took another class, and it was fun. By the time I was done with the third round of classes, I quit my internship, stopped studying my Kaplan and started diving more into studying the arts.

DI: What do you enjoy about teaching? How is it a different experience from being a performer?

BP: Teaching is an art form in itself. I absolutely love teaching. I had maybe five teachers in maybe 10 years of higher education that I see as really true teachers that have given me the direction, patience, guidance and love to direct me to self-discovery and to empower me to be a better person, to not only be a better artist, but a better person. Those people that truly believed in me and invested in me were so powerful to lead me to such an incredible life that I’m leading now that to be able to give back to students and to give the same gift to students is just amazing.

BP: I can do a lot of blathering all over you and crying at shows and doing serious dramatic stuff, but you know what, I like the comedy. I like the comedy a lot. I like filling my life with the positive, with laughter. I think it’s so freaking therapeutic. I like that gift a lot; I like the gift of comedy. I think comedy is much more difficult than dramatic acting; comedy has so much more precision, so much more timing. It’s such a precise art form, or a style, whereas with drama you have a lot more leeway. I think comedy is so technical, and I like that aspect of it because my mind works that way, but I also like surrounding myself with laughter.

DI: In what ways did your experience at the University of Illinois shape where you are today?

BP: It was an absolutely amazing experience. For three years, I did nothing but eat, drink and breathe the thing I am most passionate about, and they pushed me to the limit where I thought there’s no way in hell I can get all this work done, and somehow I did, … At the end of those three years, I learned several things. I learned: one, I am capable of doing a lot more than I think I am; two, I know absolutely nothing. … So you realize after three years that you’re just at the tip of the iceberg of what you do when you grow up because you got a long journey ahead.

BP: We host artists, and we’re a highly reduced rental facility (reduced in price), so that other artists are able to rent space from us. Last year, we had 5,000 artists come and perform at our theater to 85,000 patrons. Right now it’s a four-theater complex. In one night we have up to 10 different performing groups doing up to 10 different shows.

DI: What’s some of your favorite parts about what you do now?

BP: I teach at Columbia College, which is awesome, teaching college students. They keep me young, and that’s fun. I teach at Second City, which is awesome because I get to teach adults how to be playful again and express their point of view. I get to run that program and protect the integrity of the work and breed the curriculum. I get to come over to Stage 773 and build an education program, do my own work and help a community that’s so helpful to me.

The reason I’m so busy and tired all the time is because I can’t give up anything because I love everything that I do. So I guess I’ve created this awesome playground, and I play in a different playground every day. I work seven days a week but I never worked a day in my life because I love what I do. I get to create my reality, and also I’m serving a greater good, which I love. And I’m doing something where I get to affect a lot of people in a positive way. So it gives my life meaning and makes me feel like the little time I have on this Earth, I’m making a dent.

Matt can be reached at [email protected]