A sea of green: Fashions of Unofficial 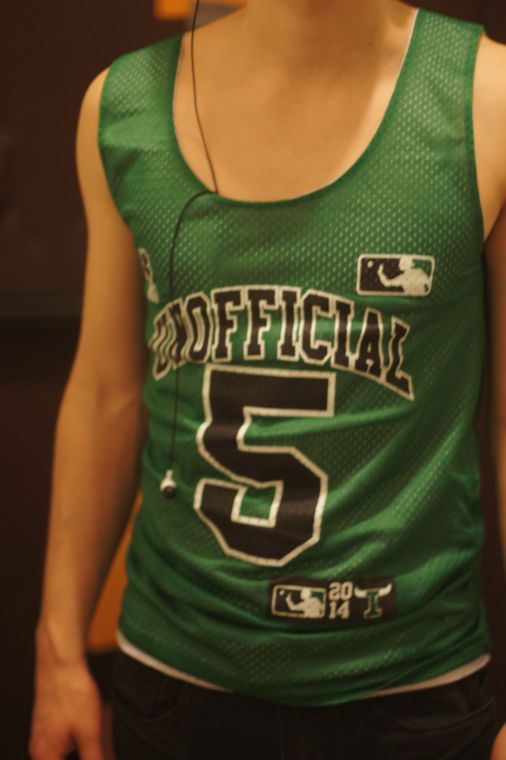 Up and down Green Street on Unofficial St. Patrick’s Day, the walkways and businesses were crowded with people wearing green. From green hats all the way down to green shoes, many were fully decked out in  Unofficial apparel.

Among the vibrant tones of the day’s color, many people were sporting this year’s Unofficial T-shirts. All featured different sayings, witty and clever in their own way and worn in various styles. Some wore mesh tank tops or crewneck sweatshirts, while others stuck to the traditional T-shirt.

Students wore different accessories such as beads and shot glass necklaces to accentuate the T-shirts.

Another popular piece of clothing was the “Team USA Jersey.” Again, people draped various styles of beads and other jewelry across the front of their jerseys.

Most people who chose to wear this jersey accompanied it with a casual pair of jeans and tennis shoes.

Arguably, no shirts beat the classic design: Chief Illiniwek’s profile with the word “Unofficial” spelled out on his headdress.

While Chief-themed designs appear on Unofficial T-shirts every year, the design is often slightly modified each year to make it unique and stand out from the others. In the end, though, it always sticks to the look of the original design.

Only a select few decided to go beyond the norm of just wearing a standard T-shirt or sweatshirt. They let their true Irish colors show, even if they were not Irish.

Many students wore Irish flags as capes, which blew in the wind on the day which had highs of 53 degrees.

Many different green hats and shoes moved down the street as the people wearing them scurried off to find the next social event.

These people went above and beyond the expectations one would have about how people dress on Unofficial.

Unofficial featured various styles, from a green sweatshirt and jeans to thigh-high socks with “shorteralls.”

Throughout the day, one theme was clear: the day brought out the green in everyone.

Eliseo and Raymond can be reached at [email protected]