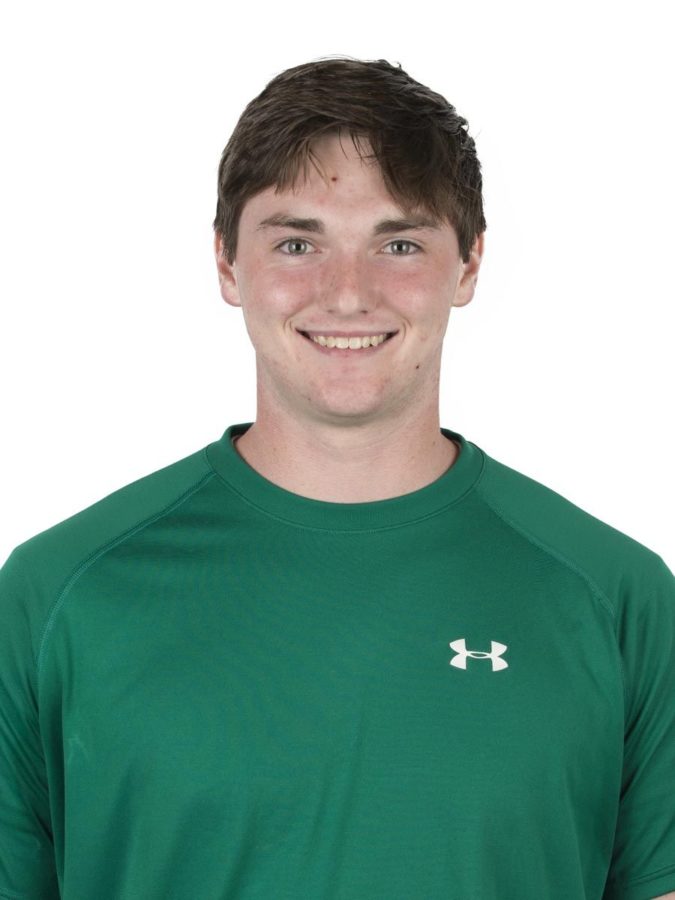 From Guinness, green beer, Blue Guys, and Jello shots to the occasional beer bong, Unofficial always offers a variety of beverage choices. But on Friday, my drink of choice was Dunkin’ Donuts’ coffee.

Despite being exposed to alcohol since freshman year of high school, I have always chosen to not become involved in the underage drinking culture. However, being sober in a drinking setting never gets easier.

The questions of why I don’t drink, the begging to “try just one drink,” and the disappointing looks after I give a firm “no” never goes away, especially on a day like Unofficial.

“I feel like it is the social aspect. You get to see everybody, and everybody is doing the same thing,” said one of the students I approached on why he thinks people choose to drink on Unofficial. “If it wasn’t a central agreement to drink, I wouldn’t feel obligated to.”

Despite the overall consensus of most to drink on Unofficial, being sober allows one to see things that drunken people may not notice — or remember. Unofficial would definitely have been less strange for me if I had been drunk in certain circumstances.

Although it was my first Unofficial because I transferred this year, I thought I knew what to expect: frat parties similar to those in the film “National Lampoon’s Animal House,” kegs in every college apartment, and drunk students chugging beer on their balconies.

But to say I was wrong is an understatement.

As I trekked through the nearly empty streets of campus at 8 a.m. on Friday, I was baffled. Where was everyone? There was the occasional porch or balcony party, but contrary to the belief that everyone wakes up and starts drinking at 6 a.m., it seemed as though people were still preparing for the day.

With the stories I’d heard about Unofficial from the week before, I had imagined waking up to find people laying unconscious in Frat Park. Instead, I saw more students wearing backpacks heading to class than acting drunk in public.

As I walked down First Street, I saw people beginning the day with house and apartment parties. People were gathered around tables, playing beer pong on house porches.

When I walked by, I kept my head down to avoid getting yelled at for wearing a backpack and holding a non-alcoholic coffee. But I could still hear the partygoers’ conversation between two porches:

“Dude, just do it, just dive off!” one student exclaimed, trying to persuade his friend to jump from one house’s porch to the next. The man didn’t end up “diving” off, but it was a moment I remembered for the rest of the day.

Despite the disappointing start to the day, I was most excited for class. I knew going to class on Unofficial would be one of the main experiences that separated the day from a typical Saturday’s home football game. The number of times I’ve been told that people go to class drunk or are experiencing the effects of drugs are countless.

But when I went to my class, I discovered that despite the green apparel that students were wearing, signs of the day were lacking.

When I returned to Green Street after class, though, I was in awe. The amount of green had easily tripled, along with the number of people packing the sidewalks. Throughout the entire campus, the people and presence of alcohol was becoming more and more prevalent. With more than 200 arrests made on last year’s Unofficial, according to The Daily Illini, this year was starting to seem like it wasn’t going to be much different.

While I was on the corner of Third and Daniel streets, I saw a plainclothes police officer give a ticket to a girl who opened her beer on the street right in front of his car. The same blue Ford Crown Victoria, seen in almost every police-related film, surveyed the scene at nearly every campus corner.

With the growing presence of alcohol, issues such as public intoxication, littering and throwing items from balconies were becoming more and more prevalent.

My neighbors urged me to “monkey chug” a Corona off of their fourth floor balcony when I walked by their building, but I declined, only to be heckled.

It didn’t take long for empty beer bottles to be thrown off balconies. As I sat on my own, overlooking Frat Park and eating my Jimmy John’s sandwich at approximately 1 p.m., a brown beer bottle projected from the building next to mine and shattered across Frat Park’s basketball court. It joined the shards of brown tinted glass already on the court, left for anybody other than the drinkers to pick up.

I decided I’d had enough of Unofficial. I returned to my home in the suburbs to visit with family at around 5 p.m., a time where many stumbled into their beds for an early evening nap.

As I reflected on all of the activity and how rapidly it had escalated throughout the day, I realized that the portrayal of the event and the actual day itself were nothing alike. Perhaps if I had seen Unofficial through beer goggles like everyone else, it would be different.

Declan is a sophomore in LAS. He can be reached at [email protected]