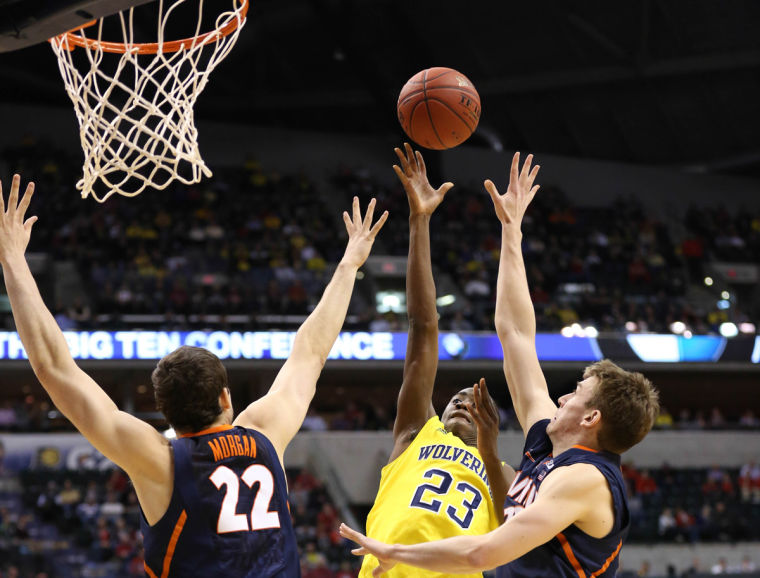 Illinois missed out on the big dance but will continue its season in the National Invitation Tournament, beginning with a game at Boston University on Wednesday.

The No. 2-seeded Illini last played in the NIT in 2010, when they advanced to the quarterfinals. Illinois head coach John Groce was an assistant on the 2008 NIT Champion, Ohio State, and he thinks the tournament will help his team improve.

Illinois will be unable to host any games in the tournament because of ongoing renovations at State Farm Center. Instead, Illinois will have to play three road games, when it likely would have hosted two, if it wishes to advance to the NIT Final Four at Madison Square Garden on April 1 and 3.

The tournament will provide an Illinois team with only two seniors, neither of whom start, with at least one more road game and more practice time. Still, Groce said Illinois is playing to win, not give its younger players experience.

“Every game we go into, we put a game plan together that puts us in a position to win,” Groce said. “We’re not conceding any game. We’re trying to be as competitive as possible.”

Illinois struggled early in the season, starting 2-8 in Big Ten play, but ended the season winning six of its last eight games, with both losses coming at the hands of Big Ten champion Michigan. Groce said Illinois’ best two games of the year were its last two in the Big Ten Tournament.

“We played really well here late in the year, and our seed was certainly a reflection of that,” Groce said after the team’s selection was announced. “Five or six weeks ago, a lot of people might have written us off, but for our guys to continue to fight and battle like they did and grind it out and put themselves in a position like they were in today, we’re certainly proud of the way they responded.”

Standing in Illinois’ way to Madison Square Garden is No. 1-seeded St. Johns, No. 3-seeded Clemson and No. 4-seeded Green Bay, a team that many experts thought was snubbed when it was the third team left out of the NCAA tournament.

The NIT has often been beneficial for younger teams trying to gain experience. The Big Ten has had success in the NIT the past two seasons, finishing with the runner-up in each of the past two years: Minnesota in 2012 and Iowa in 2013. Both teams advanced to the NCAA tournament the next season.

Boston University earned an automatic bid to the NIT after winning the regular season Patriot League Championship. The Terriers would be dancing, if not for a 55-36 loss to American in the Patriot League championship game. Boston had been hot, going 9-1 in its previous 10 games. The Terriers are 1-1 against major conference teams this season. They lost to Connecticut 77-60 on Nov. 17 but defeated Maryland 83-77 on Dec. 21 on the Terrapins’ home court.

Boston is led by point guard Maurice Watson, Jr., who is No. 2 in the nation in assist-to-turnover ratio, and relies heavily on the 3-pointer, ranking No. 14 in the country in 3-pointers attempted and No. 18 in 3-pointers made.

Illinois and its opponent don’t have too much in common, as they have no common opponents this season and have never met in the history of the programs.