Illini No. 13 on college basketball’s most valuable teams list 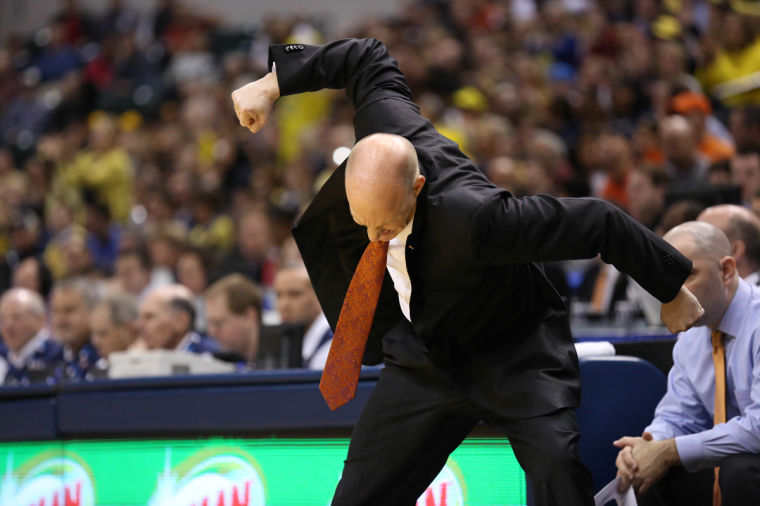 Illinois’ head coach John Groce reacts to an Illinois turnover during the quarter-final game of the Big Ten Men’s Basketball Tournament against Michigan at Banker’s Life Fieldhouse, on Friday, Mar. 14, 2014 The Illini lost 64-63.

The Illinois men’s basketball team was ranked No. 13 on Forbes Magazine’s 2014 list of college basketball’s most valuable teams.

Among the top 20 most valuable teams ranked, Illinois came in as No. 13 with a team value of $15.8 million and a profit of $10.3 million. The two NCAA tournament games the Illini played this past year net the program approximately $3 million over six years.

Forbes uses a weighted methodology to determine how much value a team generates for their athletic departments, universities and fellow conference members. The average team on the list is worth $20.2 million.