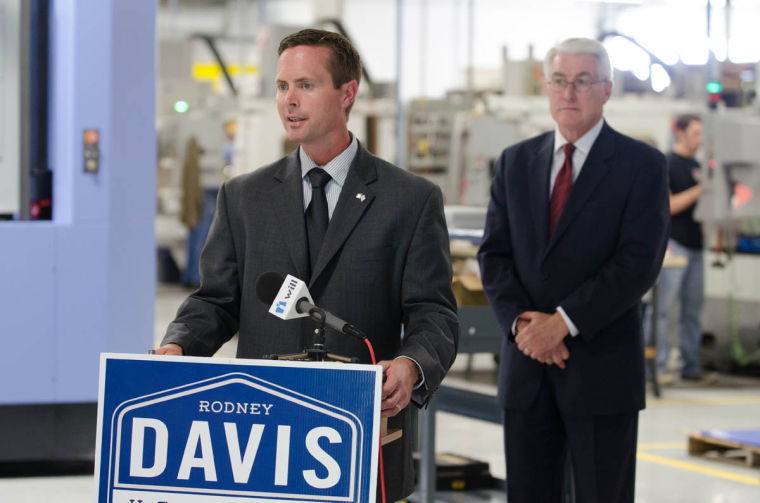 “I feel great, I’m very humbled by the opportunity that the voters of the 13th District have given me, not only to be their congressman but to carry the Republican banner for the next seven-and-a-half months,” Davis said.

Davis, of Taylorville, Ill., curently serves on the House Agriculture Committee and the Transportation and Infrastructure Committee.

During his campaign, Davis said that managing government spending is his highest priority. After Tuesday’s results, he said he would continue to do what he has done during his 15 months in office.

“(I’m) going to Washington, doing the job that the voters sent me to Washington to do, to continue to work on bipartisan solutions, like the Farm Bill,” Davis said. “The Farm Bill has saved taxpayers $23 billion in mandatory spending and also ensures that our landgrant universities like the University of Illinois are able to still access research dollars that are crucial to the financial success and lower rates of tuition in Champaign-Urbana.”

Last week, a bill sponsored by Davis, the Hire More Heroes Act, passed in the House by a vote of 406-1. The bill gives an incentive to small business owners to hire veterans by exempting those who already receive health insurance through the Department of Veterans Affairs, or the United States Department of Defense, from being counted toward the number of employees required by the employer mandate under the Affordable Care Act.

Erika Harold called Davis around 10:30 p.m. Tuesday to congratulate him on his victory because “I wanted to run a positive campaign, and I wanted to make sure I ended it in the same way.”

She addressed her supporters at the end of the night, thanking them for their help.

“At the beginning of this evening, I talked about a scripture verse that really has been significant for me and it’s Hebrews 12:1,” she said. “It talks about running the race set before you with endurance. And that for me really symbolized what I wanted to do over the course of this campaign.”

Firsching, a veterinarian from Midway, could not be reached for comment.

Davis will face off against Ann Callis, former chief judge of Madison County, for the 13th District seat in the Nov. 4 general election.

Eleanor and Austin can be reached at [email protected]