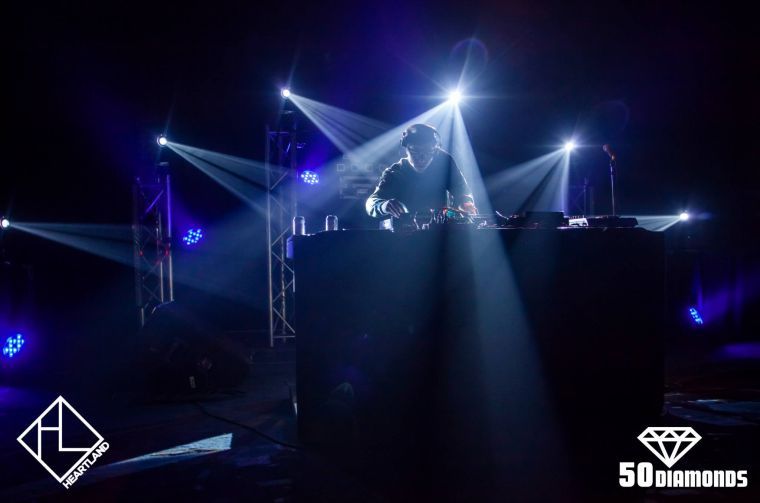 This photo was taken by 50Diamonds founder Elijah Okpogie at the Heartland Music Festival in March.

Whether it is taking advantage of Tuesday night’s drink specials or rolling around in hay at a barn dance, University students create memories to look back on long after their college years have passed. Now, those memories can be captured through 50Diamonds Photography.

50Diamonds Photography is an on-campus photography company created last October and founded by Elijah Okpogie, sophomore in DGS. According to the company’s Facebook page, 50Diamonds provides everything from photography and film to design and illustration.

“We are a photography company dedicated in capturing the experiences and events that every UIUC student wants to remember,” said Akshaya Kumar, 50Diamonds photographer and sophomore in Engineering.

The company currently has between 10-15 employees and is run by University students.

“I want students in media, graphic design; anything,” Okpogie said. “I want to give them first experience. I give them opportunities and pay them to do such.”

Eric Rosen, photographer and sophomore in LAS, said he became interested in working for 50Diamonds after a friend told him about the company.

“I thought it would be pretty awesome to turn my passion for photography into a paid job,” Rosen said. “It doesn’t feel like ‘work’ at all.”

50Diamonds first started photographing at the The Clybourne and then expanded to Firehaus.

“After Firehaus, we started at a lot of other events,” Okpogie said. “We are growing very fast. Between April 11 and April 12 we have four events planned, so a lot of people book us every weekend.”

Kumar also agreed that the company is spreading quickly throughout campus.

“I remember that a lot of people used to not know who the photographers at Cly’s or Firehaus or at the other events were,” Kumar said. “But now, when we go around, they call out ‘Hey, you’re the 50Diamonds photographer!’”

The company has also photographed at on-campus bars, such as KAM’S and White Horse Inn, and other events, such as barn dances and formals for sororities and fraternities. 50Diamonds also covered The Canopy Club’s Heartland Music Festival and various occasions for the African Cultural Association.

Kumar also said the events lined up for this semester also show that the company is expanding. 50Diamonds Photography is expected to photograph at upcoming events at The Canopy Club, such as ‘One Night Stand College Tour’ on Wednesday, Moms Weekend on Friday and Saturday, and Reggae Party on April 12.

Although 50Diamonds is only currently an on-campus company, Okpogie plans on expanding the company in the near future.

“In the summer, I’m going to try and make a foundation of 50Diamonds in Chicago,” Okpogie said. “That’s the next goal.”

The company 50Diamonds got its name from Okpogie’s goal of spreading throughout the country.

“It was a very long concept and took two days to come up with the name,” Okpogie said. “And then I thought about the 50 states, and the goal for 50Diamonds is to be in all 50 states. And a diamond is something that lasts forever.”

The company also plans to expand to other forms of social media. As of right now, all photos taken by 50Diamonds are posted on the company’s Facebook page, which is increasing in popularity.

“Our Facebook page has been steadily growing,” Rosen said. “We now stand at over 800 likes.”

Although the 50Diamonds Facebook page is rising in followers, Okpogie plans to post the company’s photos to other social media sites as well.

“We are branching into Instagram,” Okpogie said. “I made an Instagram about a month ago and already gained over 1,000 followers. I am also planning on being more active on Twitter very soon.”