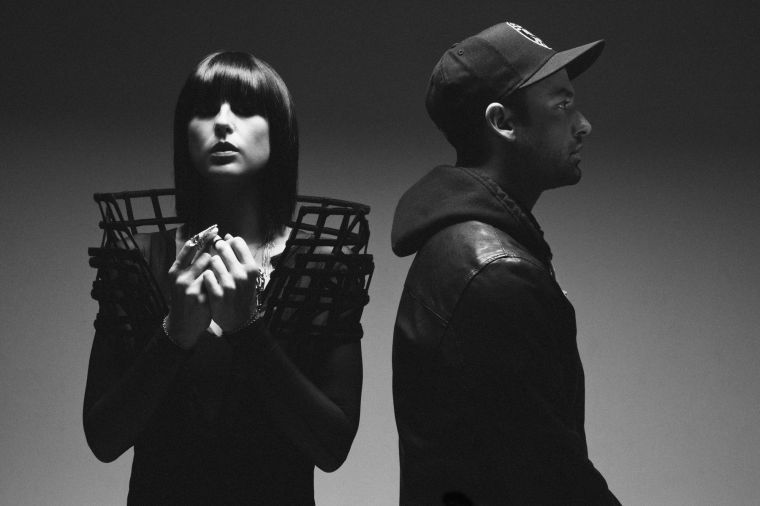 Phantogram, a dream-pop, electronic-rock duo, will visit Virginia Theatre on Wednesday night for a show presented by Star Course.

For the electronic-rock duo Phantogram, 2014 has been a long-awaited return to promoting an album release.

Nearly four years after their 2010 debut album, “Eyelid Movies,” the band released “Voices” as their most recent full-length studio album on Feb. 18. It quickly made its way to the number-three spot on Billboard’s Top Alternative Albums and Top Rock Albums charts. The band will visit downtown Champaign’s The Virginia Theatre on Wednesday at 7:30 p.m. as part of their national tour. Presented by Star Course, the show will open with special guests TEEN. Tickets are $18 for University students and $26 for the general public.

The band consists of Josh Carter, vocalist and guitarist, and Sarah Barthel, vocalist and keyboard player. The Daily Illini was able to talk with Barthel about the band’s latest release and their upcoming show at The Virginia Theatre.

The Daily Illini: How would you describe the music Phantogram puts out?

DI: What do you usually stray towards when listening to music and looking for musical influences?

Barthel: We just listen to and play whatever really feels good to us, musically and emotionally. We don’t really go towards a specific route or direction. Whatever really sounds good or fresh to us at the moment; whatever really does it for us. We just grab influences from everything around us.

DI: Harmony Lodge, a remote barn in upstate New York, is your writing space and recording studio. What does it mean to you as an artist?

Barthel: Harmony Lodge is a barn in upstate New York in the middle of nowhere. It’s surrounded by peace, quiet, beautiful scenery, nature and loneliness. It has this eerie feeling surrounding the place. We grab a lot of creativity from the atmosphere. It’s a beautiful place to visit and a beautiful place to write music and kind of evolve as an artist.

DI: Do you think that the atmosphere of Harmony Lodge gives the band a unique sound?

Barthel: I think, in general, Harmony Lodge represents somewhere where we started and somewhere where we just have grown from. It influences our music. At first we thought we could go somewhere else, we could go to New York City and try to write a record down there. And we realized it wasn’t vibing. I think it was just because we were not where we first started. Up there, there are no distractions, really nothing to keep us away from our lyrics.

DI: If you had to choose one of your songs that represents your sound as a band, which one would you choose?

Barthel: I think I would choose “When I’m Small.” It has all of the elements that we’re really inspired by. It has guitar, pretty melody, dark lyrics, a super-heavy beat. The song is dynamic as well. It moves from place to place. So yeah, that song is really a good one to represent us.

DI: When making your most recent album “Voices,” what were you trying to capture that you hadn’t really pursued in previous tracks?

Barthel: I think we wanted to grow naturally and still maintain our original sound that we kind of created — that was fresh and new — and we kind of added to that. We experimented a lot with instruments and messed with a lot of records. We also wanted to be more dynamic with this one, more than our first record.

DI: Is there something unique to your shows, such as a tradition you do as a band before, after or during your show?

Barthel: Josh and I kind of get everyone together and we do a little prayer (with) the whole band together. I don’t think that’s really unique because I know of a lot of bands that do similar things before the show.

DI: In what settings do you imagine people listen to your music?

Barthel: I know it’s fun to drive at night with music, and ours is great for that type of thing. Or even walking around the city, day or night, anytime. As long as the music is turned up, then you’re doing it right.