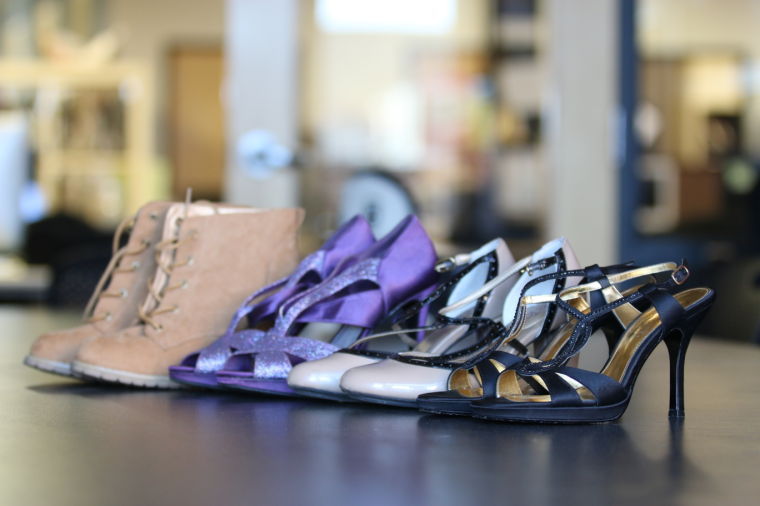 The sound of galloping heels will soon strut across the Quad. Students, faculty members and community members will whoop and holler as the ninth annual “Walk A Mile” event begins.

On Friday, an estimated 500 men will gather on the Main Quad at 5 p.m. to walk four laps around the Quad while wearing heels. The event is free for participants and is open to the public.

“The program wants men to literally ‘walk a mile in someone else’s shoes,’ to understand where (women) are coming from,” said Anna Kaszuba, sophomore in LAS.

This year, the event is called “Walk A Mile” rather than “Walk a Mile in Her Shoes” to promote gender-inclusiveness and gender-neutrality, according to Molly McLay, assistant director of the Women’s Resource Center. In accordance with the event, Panhellenic Council and Interfraternity Council donated a combined $1,000 to the Rape Crisis Center and others can donate there too, Kaszuba said.

Matt Stein, sophomore in LAS, will be attending for his second year.

“Last year, my brothers and I went just to show our support, then I decided I would help organize things and volunteer for the organizations that sponsor it,” Stein said.

Stein also said that he is looking forward to this year’s event because he and his fraternity brothers are participating in it again.

Although the event might be a spectacle to witness, there is a deeper meaning associated with it.

“Walk a Mile” is an national campaign that seeks to raise awareness and spark conversation about male-sexualized violence against women. However, McLay said the event also creates a community for victims of sexual assault to turn to. McLay said because the event garners a lot of attention and brings a large audience, students may feel more comfortable identifying with others through shared experiences.

Megan Pagel, FYCARE graduate assistant, got involved in work revolving around sexual assault because it is an issue that affects a lot of people, and many people may not know what it is or may believe myths about sexual assault.

“My aim in doing this work is to educate others on what sexual assault is and the importance of the issue and encourage others to intervene if they see a potentially violent situation,” Pagel said. “I’d like to motivate people to speak up about this topic, even if you don’t know a survivor personally.”

The University has been participating in the event for the past eight years, so this will be its ninth year.

“Some people don’t realize how much of an impact sexual assault makes on this campus,” Stein said.

According to the University of Illinois Women’s Resource Center, one out of every six, or 17 percent, of University female students will experience sexual assault and only 5 percent of these women report the assault. In the United States, someone gets raped every two and a half minutes.

The organizations created a slogan to help promote Sexual Assault Awareness Month: “I STAND with survivors against violence and to end rape culture.”

“Sexual assault happens to people of all ages, races and classes, which is why it’s really important that one speaks up when they hear a rape joke or steps in when they spot a situation that could be dangerous,” Pagel said.

Raymond can be reached [email protected]