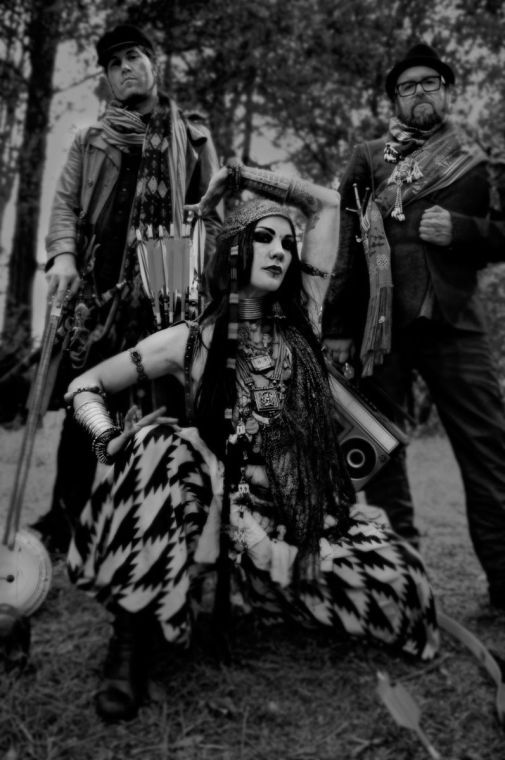 This Friday, The Canopy Club will come alive with the gripping visuals of Beats Antique, an electronic and world fusion dance trio.

Beats Antique, a music group made up of David Satori, Zoe Jakes and Tommy Cappel will perform starting at 9 p.m. Tickets are $17 in advance and $20 at the door. Sean Hayes and Horsehead McGee will open for the group Friday.

Michael Armintrout, director of marketing and a talent buyer for The Canopy Club, called Beats Antique “a band on the rise, for sure.” He also said the group has played at The Canopy Club before.

“We’re in the business of trying to bring exciting, unique and cool acts to the club, of which Beats Antique fits all three of those descriptive terms,” Armintrout said. “We’re very excited to have them come back.”

According to Beats Antique’s official website, “A Thousand Faces” is a “journey beyond the sonic realm that’s part odyssey, part genre-warping rock opera.”

Amy Araiza, senior in Business, said the first time she saw Beats Antique was last year at Decadence, a music festival in Denver. Araiza saw the group perform while waiting for a different show to start, and described Beats Antique as mind-blowing and unexpected.

“They have a very unique sound,” Araiza said. “It’s kind of a mixture of early 1950s jazz mixed with tribal sounds and then mixed with the electronic on top of that. Well, that’s some of their songs, and then other songs are more mellow.”

The first time Rebecca MacDonald, junior in LAS, saw Beats Antique was “on accident” at Lollapalooza a few years ago. She did not know the group at the time, but after hearing them play, she saw them again in 2012 at the North Coast Music Festival.

“(That) was probably one of the most fun shows I’ve ever seen,” MacDonald said.

Araiza said she saw the group again over spring break this year during the BUKU Music + Art Project in New Orleans. Araiza said the experience wasn’t the same as when she saw Beats Antique the first time, “but in a good way.”

“It wasn’t like I was seeing the same thing over again,” Araiza said. “It was a different crowd that was there, so that also played into it.”

Armintrout said that Beats Antique will bring lighting, visual effects and projection for the upcoming performance and that the Canopy Club’s stage will act as its “pallet” and “blank canvas.”

“Listening to them is great, but seeing them definitely adds to their uniqueness, to their flair,” Araiza said.

According to the event page on The Canopy Club’s website, Beats Antique is well-known for its “outrageous live performances.”

“We at the Canopy, we pride ourselves on being able to host a large variety of musical styles (and) genres. Not just concerts, but (different) types of shows,” Armintrout said. “We’re probably the only smaller place in town that can host a production of the size of what Beats Antique travels with, and so we’re excited to be able to put the club to use and have a really cool show here on Friday night.”

More information on Beats Antique and its music can be found on the group’s website, beatsantique.com.