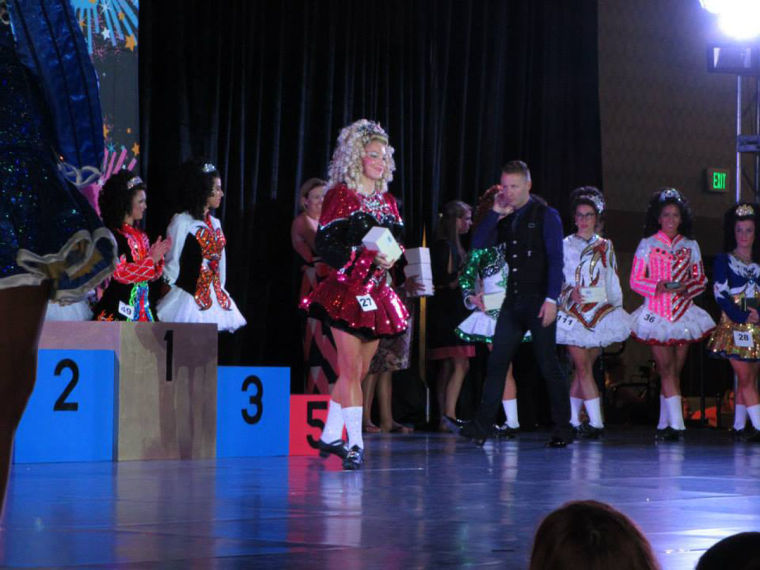 This time of year, most University students are in spring semester classes, studying for finals and preparing summer plans. But Claire Sullivan, freshman in Education, is spending her days in London competing in the World Irish Dance Championships.

Sullivan will perform as a soloist in the championships this week after qualifying at the regional competition in Lansing, Mich., in November 2013.

Originally from Hinsdale, Ill., Sullivan said she was first introduced to Irish dancing by her mother’s friend who suggested the sport after her daughter became involved.

Sullivan said she was hooked right away, even though she said her mother did not expect dancing to be a long-term commitment.

“She thought it would just be a week-long thing at the park district, and then she realized that it was a lot bigger than that and I just kept up with it,” Sullivan said.

Sullivan, who is about 60 percent Irish, continued to take more classes. And at age six, she began competing in small competitions and eventually moved up to regional competitions.

For Sullivan, preparing for these competitions meant a lot of work and practice.

“Probably (the most challenging part) is the practice because we really don’t have any downtime,” she said. “It is a year-round sport.”

Sullivan said the most time she gets off is probably around December, but she must always prepare for Worlds in April and the North American Irish Dance Championships in July. She said she especially spends a lot of time practicing in the summer because there is no school.

This will not be Sullivan’s first World Irish Dance Championships, either.

She has attended four others across the globe in locations such as Boston, Ireland, Scotland and Philadelphia. She said Scotland was her favorite place she has traveled to so far for a competition.

However, this year’s competition is different for Sullivan because this is the first time she is at college, hours away from Coleen Mulhern, her teacher at Mulhern School of Irish Dance, located in Hinsdale, Ill.

On campus, Sullivan said she tries to practice at the ARC or even just in the lounge in her dorm.

“Even just stretching helps if I’m not able to dance because there’s really not much space here,” she said.

Another way Sullivan practices is by participating in Identity Irish Dance Company, a championship-level group at the University.

Margaret Brewick, Identity president and junior in LAS, said the group is made up of current and previously competitive Irish dancers. Brewick said the group practices once a week for about an hour and a half.

“We have done a lot of different shows especially around St. Patrick’s Day and different cultural shows,” Sullivan said.

Brewick said that Sullivan brings a lot to the group, such as help with choreography.

“She is definitely a hard worker at practice and stays focused,” Brewick said. “She is dancing at the international level so she’s got a lot of talent.”

Maggie Clifford, a senior at Mother McAuley High School in Chicago, dances with Sullivan at Mulhern. Clifford and Sullivan have danced together for about 11 years.

Clifford, who is also competing in London, said her favorite part of dancing with Sullivan is that they get to travel together and spend a lot of time together in summer training.

As Sullivan competes this week, she said she is most anxious about dancing in general because the competition is the most prestigious in the world, while her favorite part of Worlds is traveling.

“We get to travel to so many places, which is really awesome because you don’t get to do that for most sports,” she said.