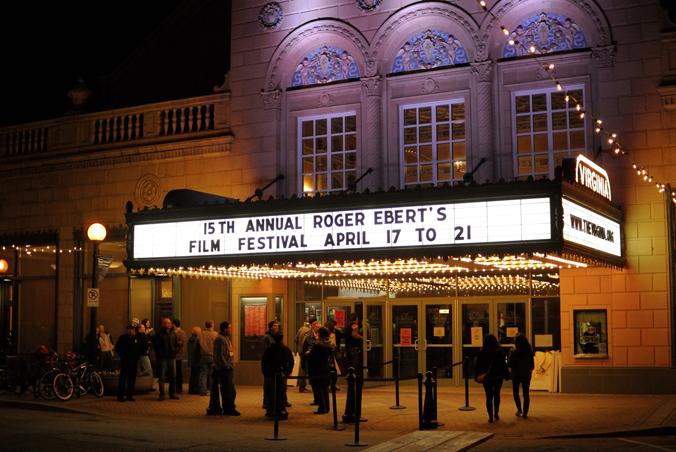 The marquee at The Virginia Theatre during Roger Ebert’s Film Festival.

The Daily Illini: What was the deciding factor for Roger when he chose which movies to screen?

Mary Susan Britt: Roger always chose an array of films. Whether it was a classic movie that he loved or an indie without a distributor, his mission was selecting films well-deserving of a second look and bringing them to Ebertfest.

DI: How are films chosen now that he has passed?

MSB: Although Roger is not with us, we are keeping with the spirit of how he always chose the films. Some films come from lists that Roger drew up over the past 15 years, and additional films are selected by his wife Chaz and festival director Nate Kohn. Both Chaz and Nate worked very closely with Roger on programming the festival over the years.

DI: How does the legacy of reviewing films continue?

MSB:  Roger’s voice is still very much alive via RogerEbert.com; there are 65-67 contributors who watch films and write reviews for the site, all of whom Roger admired and featured their writing on his site prior to his passing.  Matt Seitz is a main contributor and currently serves as editor-in-chief of RogerEbert.com.

DI: From your perspective as associate director, how does it feel to be able to continue the festival in honor of him?

MSB: Roger has always expressed a desire for his festival to live on and continue to provide the community with a space to celebrate great films and the relevant discussions they inspire. Through Ebertfest, we honor Roger and all that he has given to his hometown, alma mater and surrounding world.

Megan can be reached at [email protected] and @MeganAsh_Jones.