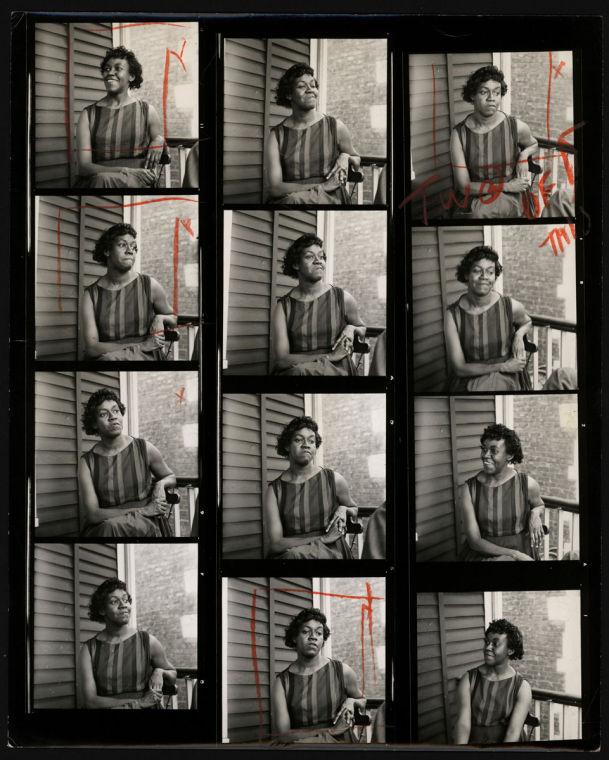 The University will hold a party to welcome Gwendolyn Brooks’s collection of work into the Rare Book & Manuscript Library on Thursday at 7 p.m. in Lincoln Hall. The work of the famous African-American poet and writer was received by the University in October 2013.

An evening of poetry, song and celebration will spice up Lincoln Hall Theater on Thursday at 7:30 p.m. to honor the papers of poet and writer Gwendolyn Brooks which are now residing in the University Rare Book & Manuscript Library.

The event, which is titled “Full of Pepper and Light: Welcoming the Gwendolyn Brooks Papers to the University of Illinois,” will feature performances of Brooks’s works from poets, scholars and singers. Admission for the event is free.

Mitchell said there will be special performances by Brooks’s daughter, Nora Brooks Blakely; poets Laurence Lieberman and Janice Harrington; and Brooks’s editor, Gwendolyn Mitchell, along with many others whom will be performing Brooks’ poetry. The University Black Chorus will perform during the event as well.

Gregory Stewart, junior in Business at Parkland College, will be performing in the Black Chorus. Stewart said the choir will be singing a song that Brooks wrote and a tribute to her titled, “Thank You.”

“Gwendolyn Brooks is a powerful woman; her poetry made a difference and serves as an inspiration to African Americans, “ Stewart said. “Students can learn from her and she deserves recognition, she deserves it all.”

The event is supported by the Departments of African American Studies, English, Religion, and Theatre, the School of Music, the University Library, the Office of Public Engagement, the Center for Advanced Study and the Krannert Center for the Performing Arts.

To kick off the event, Dr. Haki Madhubuti, Brooks’s publisher and director emeritus of the Gwendolyn Brooks Center for Black Literature and Creative Writing at Chicago State University, will give a lecture in the Main library at 4 p.m. in room 66.

“Gwendolyn Brooks poetry — it’s important in the development of American poetry, but also because she was writing in the heat of the Civil Rights Movement,” Mitchell said. “As a woman poet, she also is a good example of how women’s voices were beginning to be heard differently.”

There will also be a bus to pick up students and community members, according to Valerie Hotchkiss, director of the Rare Book and Manuscript Library. She said three buses from all Champaign-Urbana public libraries will take attendees to the event at 7 p.m. Hotchkiss said that to get in the mood for an evening of poetry, students from English and Creative Writing along with library staff will be reciting her poetry during the bus ride.

Hotchkiss said her works sit with other renowned poets such as W.S. Merwin. She said the library has several literary archives of important writers and thinkers, and Brooks joins them on the shelf.

Brooks is the second major poet laureate of the State of Illinois, following Carl Sandburg.

“She’s one of the greatest poets of the 20th century,” Hotchkiss said.

According to Hotchkiss, Brooks’s works will be used in the classroom as well because many faculty members are interested in bringing these resources into their classrooms. She said that the collection shows Brooks’s creative processes that can be used to teach college classes and at other education levels.

“We should be really proud that we managed to get Gwendolyn Brooks’s papers here,” Hotchkiss said. “It wasn’t just given to us; we were fighting with other universities, and we made the case to her daughter that this is the right place.”

Ariana can be reached at [email protected]