Illini head to Des Moines to compete in Drake Relays 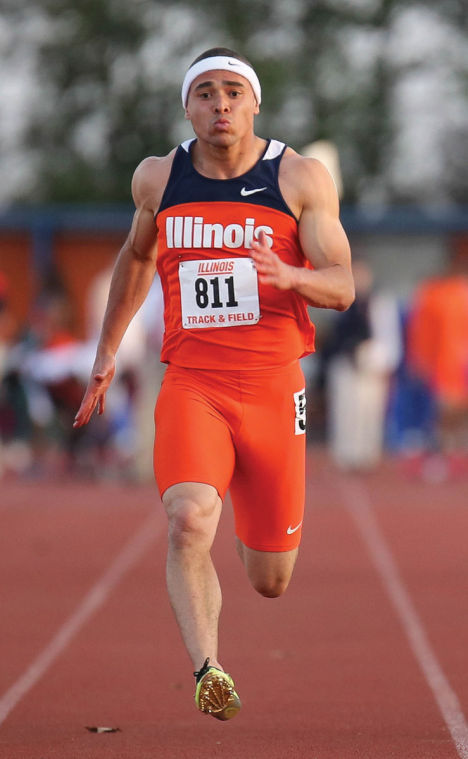 It is the home to the Iowa Barnstormers of the Arena Football League, the Iowa Energy of the NBA D-League, and the Cubs’ triple-A affiliate Iowa Cubs. It’s also the home to the Drake University Bulldogs and for more than 100 years, the University has hosted one of the nation’s largest track meets, the Drake Relays. This year marks the 105th annual installment of the meet.

“We’ve been looking forward since the last Drake Relays,” said sprinter Brandon Stryganek. “All of us love running here. We really do enjoy going down there and putting on a show in front of everybody else.”

Illinois has enjoyed some recent success at the meet. Last year, the Illini took home the first ever Hy-Vee Cup, a trophy awarded for five relays: the 4×100, 4×400, 4×800, sprint medley relay and distance medley relay.

The Relays aren’t just a regular track meet, it’s a whole week of events in Des Moines. There are road races that finish inside the stadium, in addition to events on the track that started on Wednesday and will conclude on Sunday.

During those track events, the Illini are looking forward to a defense of the Hy-Vee Cup. Illinois’ very strong No. 11 4×100 and No. 9 4×400 teams will go up against four top-ten teams in each event as well as several other highly ranked teams.

“It’s always a good time to put it (the strength of the Illini’s relay teams) on display against other top tier teams like TCU, Georgia, Baylor, all those historic relay schools that we get to go up against. It’s going to be fun to see when we get put up against really good competition what we can come out and do,” said sprinter Brandon Stryganek.

This year, the Drake Relays’ NCAA field will host four of the top-15 teams in the nation and 14 of the top 50. The meet features some of the top talent not only in the NCAA, but also in the world. Meet organizers make an effort to land some of the world’s top track and field athletes to compete at the meet.

“Part of the good thing about going to Drake Relays is the events we’re not running in.  We’ll stick around and watch … the pros compete,” Stryganek said. “You can watch the higher tier athletes compete and put on a show for everyone else.”

The Illini watched one of their own, hurdler Andrew Riley, compete against the best in the world last year. He scored an upset win in the 110-meter hurdles over the three medalists from the 2012 London Olympic Games. Riley won the NCAA division of the event in 2012 as well.

“Talking to him about some of the things he did preparation-wise, stuff like that, that was always a good thing to kind of see what someone else does,” Stryganek said. “It’s a better athlete than you, you can go out and do that in your race now.”

For now, Stryganek and his teammates are focused on holding onto the Hy-Vee Cup and to continue the tradition of an Illinois track team that “stands supreme.”

“Coach Turk talked about what it means to him, what it means to us to go out there and give it our best shot at winning another title,” Stryganek said. “We’re all ready to go … hopefully we’ll come out on top.”