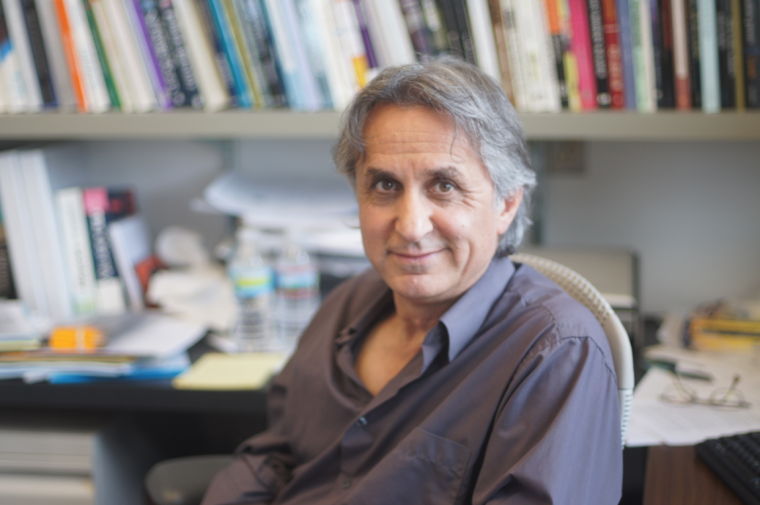 Asef Bayat, sociology and Middle Eastern studies professor, was awarded a Guggenheim Fellowship Grant in April along with five other University professors.

Five University professors have been awarded Guggenheim Fellowships, an award reserved for those “who have demonstrated exceptional capacity for productive scholarship or exceptional creative ability in the arts.”

Of the five — Asef Bayat, Joy Harjo, David Deke Weaver, Catherine Prendergast, and Stephen Andrew Taylor — Bayat, sociology and Middle Eastern studies professor, won the award for his study of social movements, urban-politics, and political Islam in the Middle East. Grant sizes vary to the needs of the fellows, but averaging usually to about $43,200. Bayat said he plans to use the grant to finance writing a future book, a continuation of his previous work, “Life as Politics: How Ordinary People Change the Middle East.”

As a university student, Bayat said he was a face of the revolution in Iran which saw a long power struggle to overturn the pro-Western absolute monarchy in the Pahlavi Dynasty, turning over power to an anti-Western, authoritarian theocratic government.

According to Bayat, this prompted his interest in studying social and political change, which he said he has witnessed since the time of the last Shah of Iran.

“Iran on the society level has developed tremendously,” Bayat said. “There’s more literacy among women and more modernization in society and more urbanization, and youth movement has developed very much. Socially, it is very active, very vibrant, but politically at the top is a peculiar regime which gets its legitimacy and acceptability from religion.”

Bayat later moved on to study in the U.K. in 1978, which he said was a time of revelation for him.

“It was a very revealing experience for me, living and studying in England,” he said. “When I went to the University of Kent, it was my first time ever getting out of the country, and it was very different. I was learning a lot.”

For Bayat, English culture was far different than the culture he grew up in, where democracy did not exist, he said.

“One key difference was, of course, that I experienced life to be somewhat interesting in a sense that it was a democratic country, and there was freedom of expression unlike my experience of Iran under the Shah, which was very autocratic and undemocratic. So you could write, you could express yourself and demonstrate and so on.”

In 2009, Bayat wrote and published the book “Life as Politics: How Ordinary People Change the Middle East.” To an extent, it was to anticipate the movements that would bring about the Arab Spring’s revolution in 2011.

“I couldn’t predict, really, that this incredibly huge thing would happen, but what I could see in the underside of society was that things were brewing; something was happening,” Bayat said. “There was a lot of dissatisfaction, and a lot of things were being said and done by women, by young people, especially by poor people in poor neighborhoods and so on.”

As a professor at The American University in Cairo, Bayat was teaching a course on social movements in 2001, as subtle protestation went on in Tahrir Square. Bayat said his class and he joined in to what would be the foundation of a larger protest 10 years later.

“We were there until night … but at midnight, when people went home, the police came and basically retook (the square).”

In Egypt on Jan. 25, 2011, many of Bayat’s predictions came true, and the Egyptians’ disdain for a government run by former autocratic President Hosni Mubarak boiled over with crowds hitting the streets and public areas.

At the end of the day, Egyptians were able to overturn the dictatorship that it was under through peaceful protests, but this was only the tip of the iceberg in what would become a road map for future revolutions in the Arab world.

“Thousands were working together — men, women, Christians, Muslims — in one space for one cause. This is so beautiful; it was so lovely,” Bayat said. “So I was extremely happy, but I was also very worried … that these nice revolutionaries would not be prepared for the day after. What do you do when you take over power? It’s not easy.”

Despite being more about social inequality than trying to overturn an entire regime, protests of similar kinds have occurred throughout the world since. For Bayat, the place that symbolized unity and solidarity during the Iranian Revolution was Azadi (Freedom) Square. In Egypt, it was Tahrir Square.

Aksel Meric, freshman in Engineering, said Taksim Square was what unified the people during the 2013 protests in Turkey.

In Turkey, what started off as a protest to contest urban development plans quickly shifted toward disdain for the government run by Prime Minister Recep Tayyip Erdogan and his encroachment of civil freedoms like press, expression, assembly and Turkey’s secularism.

“We, the protesters, were like a team; we were always helping each other,” Meric said. “It was just like going to the police and like trying to make your point, and when the police starts throwing tear gas and orange gas and throwing it all to you. You just run back because you can’t do anything … We were running back, getting medical attention, and going back in.”

Violence escalated throughout the protests despite their peaceful intentions, Meric said.

“My friend’s sister got raped (by) the police,” Meric said. “Her dad tried to get her from the police, but he got beat down in the police (station). It was a horrible time … everyone was bleeding, I was bleeding.”

Ogan Aktolun, junior in Engineering, was home in Istanbul for the summer when the protests started and said he was disappointed at the escalation of violence.

“To see most of it start off more peacefully than most European protests and then see the police reaction and the resulting escalation was disappointing,” he said. “For the first few weeks, I’d say most of the protesters still had some hope that the government and police would relent and come to their senses, but alas, that didn’t happen.”

Despite the protests, Aktolun said he feels nothing has changed within the government.

“Unfortunately, it didn’t have much impact on the government,” Aktolun said. “On the contrary, the government became more entrenched and paranoid and exploited ridiculous conspiracy theories to further their own ends.”

To Meric, these efforts did not go in vain.

“It was worth the protest. If I didn’t go there, if my friends didn’t go there … we couldn’t make a sound. That’s why everyone gathered together. It doesn’t matter how much you get damaged. It’s about making a sound,” he said.

Bayat said the Guggenheim Fellowship grant means he can further explore the aftermath and future significance of these kinds of protestations and revolutions.

“I’m hoping to write a book about these revolutions. I’ve already (started writing) … but I do want to write about how the role of popular classes, ordinary people — something like a continuation in a sense of ‘Life as Politics’ — how these people were involved in the revolution and then what happened to them after the revolution. Did they benefit from it, did they (lose something) in between?”

Despite the conflicted history that the countries have endured, Bayat said he sees hope for the future.

“Things are still ongoing. We are not at the end of these revolutions yet, whether they’re for the better or for the worse. So far, the balance is mixed, and the countries are mixed,” he said. “Socially, a lot of things have changed, people have lost fear, and that’s the most important thing.”