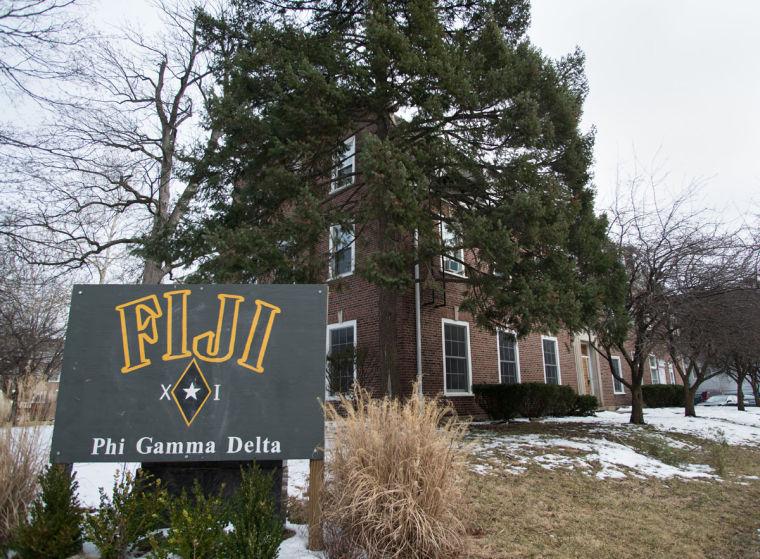 The new sorority on campus, Phi Sigma Sigma, will be moving into the FIJI house in Fall 2014.

For five years, Alpha Xi Delta sorority has occupied the house at 1004 S. Second St. next to Frat Park. Next year, they will be living in a new home, formerly the home of Phi Kappa Sigma, on Fourth and Chalmers streets. And the fraternity that usually occupies Alpha Xi Delta’s current house, Phi Sigma Kappa, will be moving back in.

Alpha Xi Delta is not the only Greek house moving to a new home next year. Beta Theta Pi, Phi Sigma Sigma and Phi Gamma Delta, or FIJI, will be moving as well, in addition to Phi Sigma Kappa.

Members are excited to move into the new house. According to Lauren Loverde, president of Alpha Xi Delta and sophomore in LAS, the house is being completely renovated — including new bathrooms, flooring, a  kitchen and a replaced ceiling — and they are getting mostly new furniture. The new house will also include a study room in the basement and multiple TV rooms.

“It’s a really fun and great space,” she said. “We are excited to move in. Our whole chapter can’t wait to see the new house finished.”

Loverde is also looking forward to the new location, because it is closer to campus and has a big front yard to lay out, study and hang out outside, she said. Loverde lived in the house this year and plans to live in the new house first semester of next year.

Sam Voris, junior in Business and member of Alpha Xi Delta, said she thinks the new house will help the sorority build a better foundation.

“I think it’s just a way to establish ourselves more,” she said in an email. “It also has sparked a lot of talk on campus and any talk can be used as an advantage during recruitment.”

Voris lived in the house last year as a sophomore, and she said she liked that the house decreased the distance between her and her sisters from late night cereal to mattress sliding.

“I loved that everyone in our pledge class became really good friends. Before, we were still pretty distant,” she said. “The house brought us together.”

Voris said she will always prefer the old house, but thinks the new house is an important opportunity.

“(The old house) is where I lived in and where all my memories are at,” she said. “However I am so excited that I am only a junior and get to see the new house and how we make it our own and make new memories.”

Despite the sentimental value that the old house holds, Voris is looking forward to the chapter moving into the new house.

“Everything worked out how it should have,” she said.

Katie McCarthy, freshman in Division of General Studies and member of Alpha Xi Delta, moved into the current house this semester and said she plans to live in the new house next year. She said she likes their current house because there is a very open feeling.

However, McCarthy is also looking forward to the move. She said she walks past the house every day and gets excited when she sees people working on it.

“It’s scary because I haven’t seen it,” she said. “But I’m excited because the floor plan is really open, which will be good for rush and activities.”

She said she is also happy that there is a large basement. She is hoping that the transition goes smoothly.

One thing that members of Alpha Xi Delta agree that they will miss is being on Frat Park.

“Living on Frat Park is a fun part about living in our house,” Loverde said.

Voris will miss the outdoor activities on Frat Park, including playing kickball and lying outside.

Above all, Loverde said she is excited for her sisters to enjoy the new house and all the renovations that have been put into it for a whole year.

“I can’t wait to see the reactions of the chapter members and for everyone to see the final product,” she said. “It keeps getting better and better.”