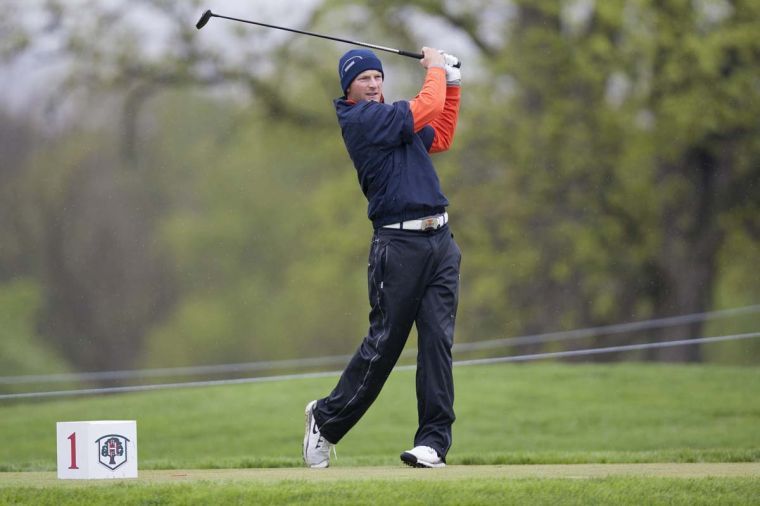 The Illinois men’s golf team is back where it’s supposed to be.

Two weeks after finishing second in the Big Ten Championship, breaking a five-year winning streak, the Illini won their NCAA regional on Saturday, guaranteeing a spot in the NCAA Championships for the seventh straight year. The Sugar Grove, Illinois, regional was hosted by Northern Illinois.

“(Campbell) had a big lead midway through the round, but he persevered better than anybody all week,” head coach Mike Small said in a press release. “He had some tough stretches but fought back from it. Regional champ is big medal to have.”

The second-seeded Illini (16-over) won the tournament by two strokes over UAB (18-over), Illinois was in second by one stroke heading into the last day. The top five teams at the regional advanced to the 30-team NCAA Championships in Hutchinson, Kansas, starting Friday. The other four teams that qualified were UAB, Purdue (30-over), California (32-over) and USC (32-over). Illinois is one of five schools to make seven straight NCAA Championships. The others are Texas A&M, Texas, UCLA and USC.

“Seven in a row is pretty cool,” Small said. “That speaks volumes for these kids year after year.”

During the match play portion, Illinois defeated defending NCAA Champion Texas and No. 1 California before losing to Alabama in the championship match. This year’s Illinois squad is ranked higher than last year’s.