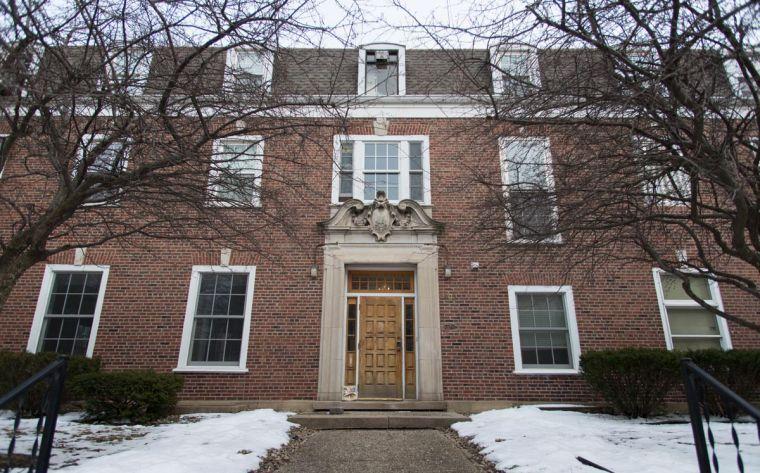 The new sorority on campus, Phi Sigma Sigma, will be moving into the FIJI house in Fall 2013.

After making a reappearance in the University’s Greek community last fall, Phi Sigma Sigma sorority will be moving back into their original chapter house this August.

The sisters of Phi Sigma Sigma will be taking over the chapter house at 902 S. Second St. The house was temporarily being rented out to Fiji after Phi Sigma Sigma left campus due to a low member count in 2010, but now that they have enough members, they are returning to campus.

“We are striving to turn it from a frat house to a sorority house this summer,” said Krupa Patel, philanthropy chair for Phi Sigma Sigma and sophomore in LAS.

As with any house, Patel said, there will need to be quite a bit of preparation done before opening up the doors to potential new members during recruitment this fall. Members of the sorority will be moving in early August to continue the transformation from fraternity to sorority house.

Although having to take over a frat house may seem like a daunting task, Patel said she is not dreading the move into the former Fiji house.

“I’m not afraid at all. I’ve been inside the house and though it definitely looks like a fraternity has made a home out of it, it’s nothing that a summer of maintenance can’t fix up,” Patel said. “We are having several work weekends this summer which will give us an opportunity to do light rebuilding and painting firsthand and to bond with our own families and our sisters as we redo our house.”

Kori McGraw, chapter president of Phi Sigma Sigma and senior in ACES, said the sorority members are feeling good about having an actual chapter house.

“The chapter is so excited to have a place on campus to call home,” McGraw said. “We were still able to have so many different sisterhood activities and participate in events on campus despite not having a house, but we are all looking forward to moving in this coming fall.”

McGraw agreed with Patel, saying the house is in good condition, and that the local housing corporation, made up of various Phi Sigma Sigma alumnae, have been hard at work prepping the house. She also said the process of moving into the chapter house has been anything but stressful for the chapter’s executive board, and the house will be ready for formal recruitment.

“The local housing corporation has already taken some major steps to prepare the house for the fall semester,” McGraw said. “They are working on everything from landscaping, to picking out furniture, to painting the walls.”

The house is planned to be ready by August 16, with 53 girls filling the maximum number of women that can live in the house.

“I cannot wait to have the chance to live with my sisters,” McGraw said.

“I’m so happy that we will have a house now,” Carrillo said. “After renovations, I know it’s going to be beautiful, and it’s in the perfect location. We can form many more close bonds that haven’t been made yet, since we are still a newer chapter, and can be much more organized. I’m very excited.”

However, the chapter isn’t exactly new to campus. Prior to their hiatus in 2010, the chapter had been active since their founding in 1913.

“We are so grateful to the Greek Affairs office at the University of Illinois in helping us to re-establish our chapter at Illinois,” Downey said in an email. “The Phi Sigs have a rich history … We are thrilled to be returning to our beautiful chapter house.”