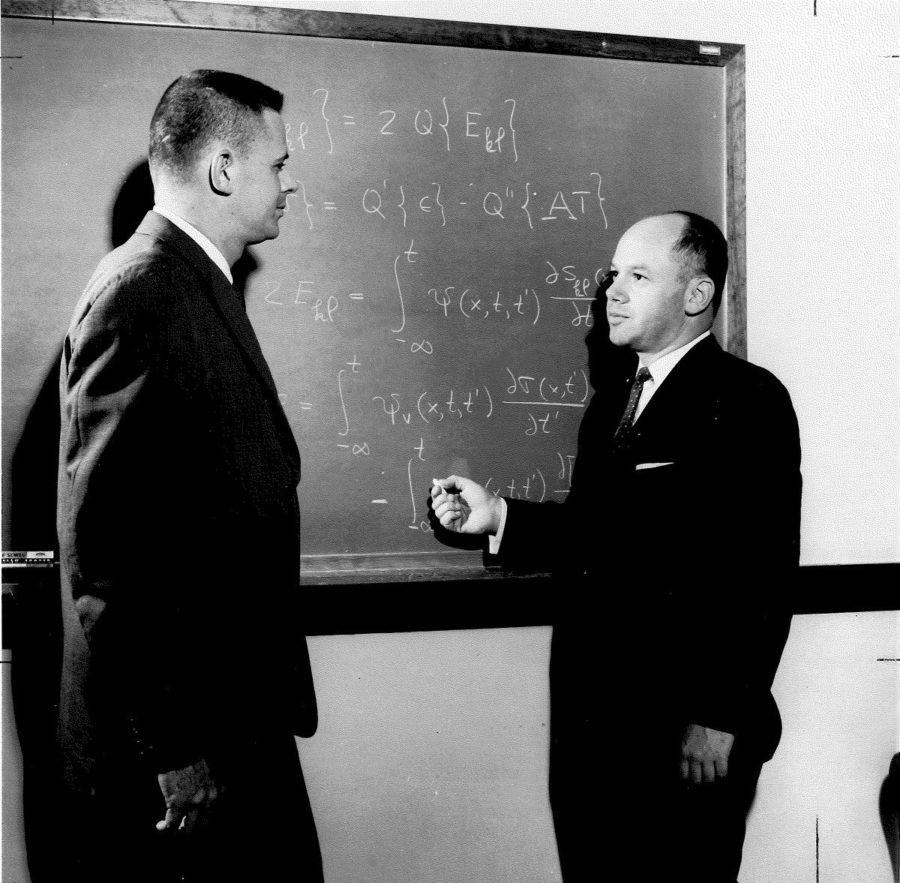 Harry Hilton, professor emeritus in aerospace engineering, has recently been named a 2014 Fellow of the American Society for Composites. Hilton began teaching at the University in 1949, when the aerospace engineering program was still in its infancy — only five years old at the time.  Since then, he has beeninternationally recognized as an authority on viscoelasticity and aero-viscoelasticity.

Hilton taught and researched during the golden era of aerospace research, when the public’s interest helped draw support for space programs in the 1950s and 1960s.

Dr. Robert M. Jones, professor emeritus at Virginia Tech, along with three other former ASC presidents, nominated Hilton for the fellowship and placed special emphasis on his contribution to engineering since his retirement.

“Dr. Hilton has aided fundamental analysis capabilities for the aerospace industry,” Jones said. “(He) is to be admired for his superb contributions after his retirement. Not many folks can match what he has accomplished in the past 20 years.”

He is joining the ranks of 44 other ASC fellows, including his department colleague Dr. Scott R. White and will be honored for his 65 years of service to the University at a ceremony on Oct. 24.

“I love teaching, and I don’t get paid for it. It’s purely a labor of love. I love doing the research and working with graduate students and doing my own research, and I really continued the life that I led all the time (while) I was here,” he said.

Ben Wexler, sophomore in Engineering, said he feels it’s important to recognize the accomplishments of professors like Hilton.

“It is important to give people who have made serious and important contributions to a program notoriety,” Wexler said. “Such as in the case of Professor Hilton, a longstanding commitment with the aerospace program, or in the case of significant achievements, because they give the aerospace department a better reputation.”