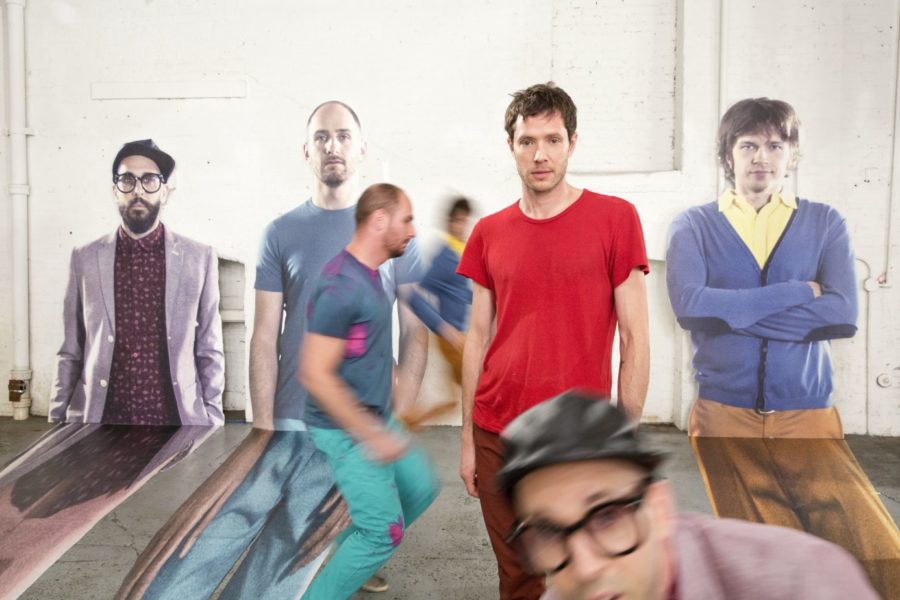 OK Go is not just the band of treadmill guys anymore.

This fall, the band is releasing their fourth album and will be performing at The Canopy Club on Saturday night at 9:30 p.m. Tickets for the show are $15.

Damian Kulash, lead singer and guitarist of OK Go, said he thinks that the band’s treadmill music video for “Here It Goes Again” will probably be on his tombstone; it was the band’s first viral music video. But he said he also thinks the band has grown since then. He calls the band’s new album, “Hungry Ghosts,” their best yet.

“It feels more focused,” Kulash said.” I think our last record was really out of the park. It was a lot more spacious and psychedelic. This takes a lot of the same ideas and is more concise, in-your-face rock songs.”

With a new album comes a new tour. OK Go is traveling the country until the end of October with an all-new live show. The band’s website says it “is unlike anything they’ve done live so far.”

Visual performances are not new for OK Go. The band’s latest music video for “The Writing’s On the Wall” is filled with optical illusions. The music video for “Needing/Getting,” shows the band driving through a musical obstacle course. In the “This Too Shall Pass” music video, the band moves through an elaborate domino effect.

“We’ve gotten to do some many different kinds of projects,” he said. “We still get to write songs, play shows, but, hey, let’s spend two months in a room playing with balls.”

Creative and unique music videos are part of what OK Go is famous for. But Kulash said that as cool as the videos are, making them is very stressful.

“They’re not a walk through the park, but I couldn’t be happier that we have this outreach to play with our creative ideas,” he said.

Kulash was in a video without his bandmates earlier this year. He was a participant in the “First Kiss” video of random strangers kissing that went viral, but turned out to be an advertisement. He said he was not widely recognized at first.

“The bassist (in OK Go) said he didn’t recognize it was me until he heard my voice,” he said.

Kulash said he thinks it is because people were distracted by the beautiful woman he kissed in the video.

Despite all Kulash’s success with and without OK Go, he said he still feels he is following in some pretty big footsteps of “incredible people” in his family. For instance, his grandpa invented the fishstick.

“I’m just a little pipsqueak at the bottom of the chain,” he said.

That has not stopped OK Go from building a big fan base, he said. The band once received a board game from a fan, where players have to answer factoid questions about the bandmates’ personal lives.

“It sits in a place of honor of my collection of craziest gifts,” Kulash said.