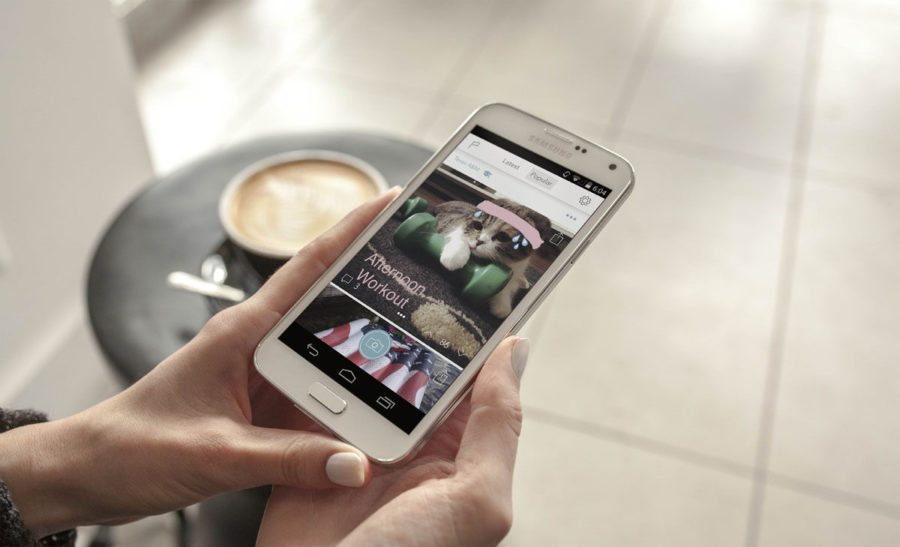 Facebook. Twitter. Instagram. These are just a few of the popular social media giants and apps out there today. However, a new app is on the rise on college campuses across the country. Known as the “Anti-Facebook” by its creators, this app is called Unseen.

Unseen is an anonymous photo-sharing app geared toward college students. The app was launched in May by the Austin, Texas based company, Bearch, at Texas A&M University. According to a press release, Bearch co-founders Michael Schramm and Munjal Budhabhatti created the app in hopes of providing students with a safe place to share their thoughts and experiences.

Schramm, who is also the CEO of Unseen, explained how the app works. First, students take a photo and then upload it to their specific university’s page. The user can add a caption with commentary about the photo, and then other students can comment on it. Everyone is anonymous and has a unique avatar that changes with every post. He said Unseen will soon become the go-to way for finding and connecting with people on college campuses anonymously.

“Think of Facebook, Twitter or Instagram … it’s this inherently artificial, super glossy version of who you really are,” Schramm said. “You always try to maintain your brand or how you are perceived by your peers, your parents and really everyone else. So really the reason we feel like Unseen is having the success it has is because it’s an outlet, a social network you can go to say whatever you want, be whatever you want to whoever you want, without any fear of backlash or people judging you.”

He also said that the most meaningful things are usually embarrassing or sensitive, and there’s no outlet for that with traditional social media.

Schramm said Unseen is currently in use at about 70 college campuses in the U.S., especially those in the South and in the Southeastern Conference.

At University of Mississippi, students engaged in conversation about racism, and at Texas A&M, they talked about suicidal thoughts and battling depression.

When dealing with these sensitive topics, Amber Leff, a public relations representative for Unseen, wrote in an email that most anonymous apps can turn into “digital burn-books,” filled with mean, hurtful comments.

However, both Leff and Schramm explained that Unseen is a safe place to post your thoughts, and the app is closely monitored. The photos from Texas A&M dealing with suicide and depression prompted Schramm and Leff to plan to hire a mental health professional to be available to users reaching out for help.

In addition, he said they do not allow inappropriate images such as nudity on the app, as stated in the app’s Unseen Rules page; however, recent articles in TechCrunch and Motherboard report that spending a few minutes on the app reveals the moderating level is low. Against its proclaimed rules, Unseen is hosting countless posts containing sexually suggestive content and illegal drug use,

Schramm said Bearch’s staff has big plans for Unseen. He said they want to build it into much more of a community for more than 150 college campuses and their biggest focus right now is how they can identify with users to create a better sense of community within the app. He said he hopes to do this with a direct messaging component.

“Right now, the app is great for sharing and interacting and engaging, but what we envision this being is more of a tool for connecting with people in the real world … a much more meaningful and authentic way than anything else available,” Schramm said.

Unseen is available to download for free on both the iPhone app store and Google apps store.