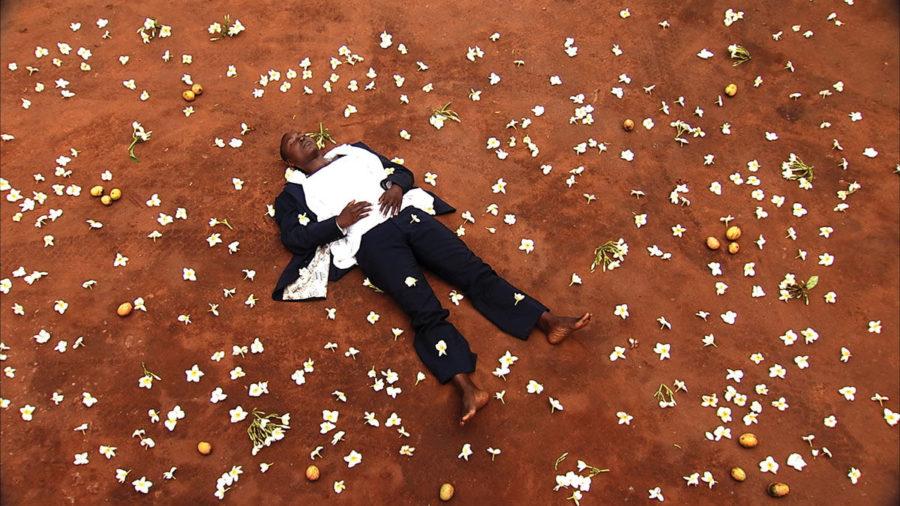 “Nora,” a 2008 dance documentary by Alla Kovgan, was one of the first films screened on Sept. 2 as part of the Dance Film Festival’s first night.

A theater has a wide variety of purposes. From movies to gatherings, certain theaters specialize in showing different types of art, and for The Art Theater Co-op, a combination of dance and film took place at the downtown Champaign venue.

For the first time in its history, The Art Theater Co-op, located in downtown Champaign, collaborated with the University’s dance department to plan and host the first-ever Dance Film Festival.

Over the festival’s three days, the theater presented a selection of films and short pieces dedicated to “dance performance, dance for camera, influential artists in the field and social impact of dance across the world,” according to the event’s website.

“(Dance) is around us in pop culture and makes its way to the concert stage by artists working with deep interest and expertise in multiple areas,” said Renee Wadleigh, dance professor at the University. “I think the public found the Dance Film Festival exciting, surprising and definitely relatable.”

According to Rebecca Ferrell, assistant to the head of the Dance department at the University, the idea began when Mark Rose, president of the Board of Directors at The Art Theater, came to the department and pitched the idea of a dance film festival.

The excitement stemmed from when the desire for a dance film festival originated within the community. Champaign-Urbana cinephiles have wanted an event such as this in recent years, according to Rose.

Ferrell, who has only been assistant to the head of the Dance department for approximately a month now, shares the same level of enthusiasm as all others involved with the project.

“It was really community based from the start, which then was made possible by the partnership between Dance at Illinois and The Art Theater,” Ferrell said.

From a musical comedy, like “Royal Wedding”, which featured the classic dancing of Fred Astaire and Jane Powell, to the critically-acclaimed documentary about “Ball-culture” and the LGBTQ community in New York City, “Paris is Burning,” the festival featured multiple pieces, which all highlighted dance in different ways.

“‘Paris is Burning’ is one of my favorite films,” Ferrell said. “The showing on that Tuesday was all about celebrating dance and the power of community. And when you talk about drag and (‘Paris is Burning’), it is a performance.”

It was Wadleigh who curated the festival and picked what Ferrell described as an amazing selection of films.

The festival also included a large selection of shorts that were submitted by people from the community, University students, film enthusiasts, and professional dancers.

Rhea Speights, a graduate student in Dance, was one of the people who submitted her own film and was announced as the competition winner Tuesday night.

“Choreography can manifest itself in many ways. I use cinema to explore compositional ideas that I also explore in choreography,” she said. “When I noticed the email from Dance at Illinois announcing the opportunity to make work for this festival, I took it.”

Speights says that she restructured and shaped the movement in her material to utilize compositional elements of cinema, like jumps and space. The material she used for her submitted film will actually be used and furthered in her thesis concert coming up in March, she said.