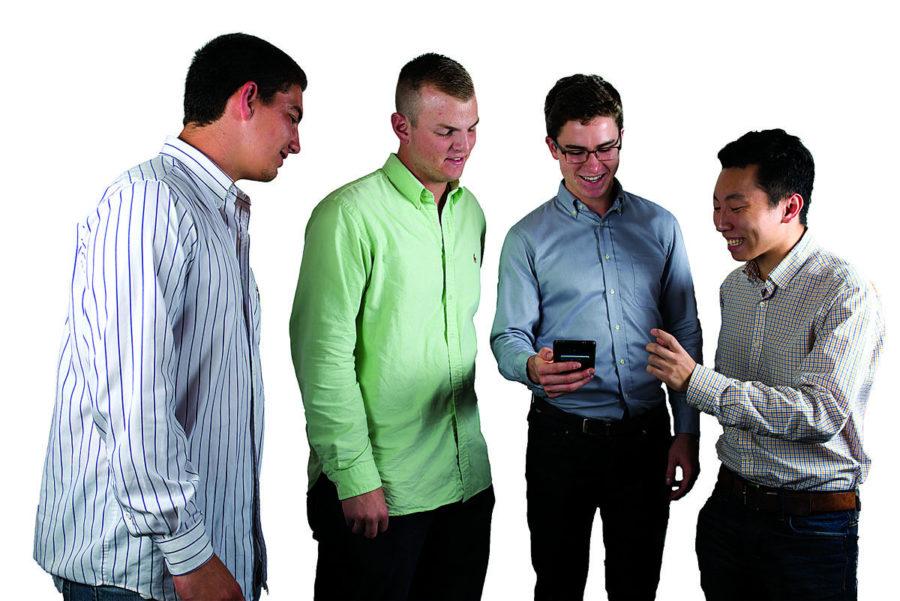 A variety of venues make up campus nightlife in Champaign-Urbana. From beer gardens to the sticky floors of KAM’S, there are numerous ways for students to unwind after another school week.

But within three weeks of its launch, some students have begun to welcome a new app, Zondr, to their phones’ home screens.

Approximately 15 percent of University students use the app on their smartphones, according to Mike Maguire, one of the developers of the app and senior in Engineering.

Bar goers know that each bar brings with it a unique feel and could be a hit or miss, depending on the night, said John Zhao, founder of Zondr and alumni in Engineering.

Zhao said he knew the hit or miss feeling all too well when he was an undergrad last year.

“It started based off of frustrations (with) bars. We’d go to Brother’s and the line would be huge, or we’d pay cover and see no one’s inside. We either wasted money or time. The bars weren’t as fun as they could be and we thought ‘there should be an app for that,’ and (we) then started development last year.”

Along with Kirk Wells, senior in Business, Zhao developed the newly established app.

Zondr is a free, downloadable app that keeps students updated on the bars’ activity each night. The app’s features include cover prices, how full the bars are to capacity, bar specials and female-to-male ratios.

Based off of Wells and Zhao’s knowledge of Adobe Photoshop, they came up with a rough design of the app, and then searched for Android and iOS developers to assist in the process of making it.

The two students began planning out Zondr during the fall semester of 2013 and finished the photoshopped design over the summer. At the start of the semester, Wells and Zhao recruited more members for their team and launched the app.

Besides Zhao and Wells, the team’s developers are Maguire, Charlie Naso, senior in Media, and Brody Schofield, sophomore in Engineering, all of whom joined at the beginning of the school year.

Zhao said while he knew Schofield from his engineering fraternity, Sigma Phi Delta, he put out the word for applying to be a part of the team through social media as well as through the app.

Naso said he is impressed with the app’s success so far, as it has become relatively popular on campus in its three short weeks here.

“We’re not really pushing it right now. It spreads like fire,” he said. “Friends show friends. It’s a cool feeling to see how successful it is. The sky’s the limit when I see that on the streets every night.”

The team uses Google Analytics to gauge how many people use the app per day and for how many hours each day. In order to get the statistics from the bars, the Zondr team goes out each night and surveys the bars to give users the female-to-male ratio and other features of the app.

Overall, the Zondr team has over 20 people that contribute to either their marketing, operations or development teams.

Maguire said he agrees with Naso that it is a great feeling to see hard work pay off.

“It’s been motivational to see cross-campus(reactions),” Maguire said. “Everyone knows about it. … Being able to see something you’ve been a part of motivates you to keep it going and to stick with it.”

Zhao said he knows that Zondr is not a conventional name.

The name stems from the word “sonder,” according to Zhao, which means the realization that everyone on the planet has different lives and that their lives connect with your own.

“Zondr connects people in ways people can’t without smartphones. It’s one of the first ways to do that on campus,” Zhao said.

Chris Norton, general manager of Brother’s, said he supports the Zondr app and team, but was skeptical at first when Zhao approached him about being a part of the app.

“I was a little skeptical. But even just the first night (it launched) I saw how it made people get out of their comfort zones and go to bars they don’t go to normally,” he said.

Norton said he also appreciates the app because it makes going out more predictable and consistent.

While the app has made students all over campus check their phones each night before they go out, the team said it is still looking to improve the app for the future.

Naso explained that the team can put in up to seven hours of brainstorming into one day.

“We’d love users to tell us what they want, besides wanting to know how long the Chipotle line is,” Naso said jokingly.

Zhao’s goals are for other bars outside of campus to start using Zondr. He also said they are considering the possibility of developing new apps.

When it comes down to what the team wants out of Zondr, Maguire summed it up with one sentence.

“We want it on everyone’s phone.”