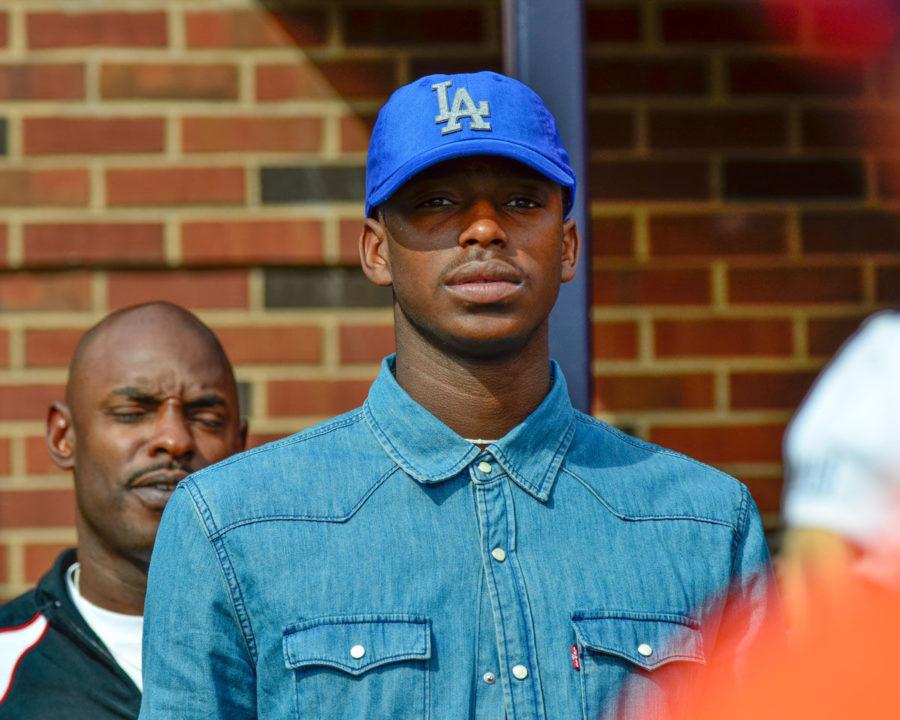 Basketball recruit Jalen Coleman during the game against Texas State at Memorial Stadium on Saturday. Coleman committed to John Groce and the Illini on Tuesday.

La Lumiere prep school combo guard Jalen Coleman, 6-foot-3, committed to the Illini, becoming Illinois’ first commit from the state of Indiana since 1985. Coleman is ranked the 33rd best recruit in the country according to 247sports’ composite of online ranking sites.

Coleman announced his decision on Twitter shortly after 1 p.m.

“Excited to announce that I will be attending the Univ of Illinois,” Coleman’s tweet read. “Looking forward to adding banners and accomplishing my academic goals.”

Coleman’s commitment comes a day after he wrapped up his official campus visit to Illinois. Coleman was also considering UNLV and Notre Dame until he recently cut it down to two: Illinois and UNLV.

Coleman is the top-ranked recruit to commit to Illinois during Groce’s time as head coach and is the highest-ranked recruit since McDonald’s All-American Jereme Richmond committed in 2010.