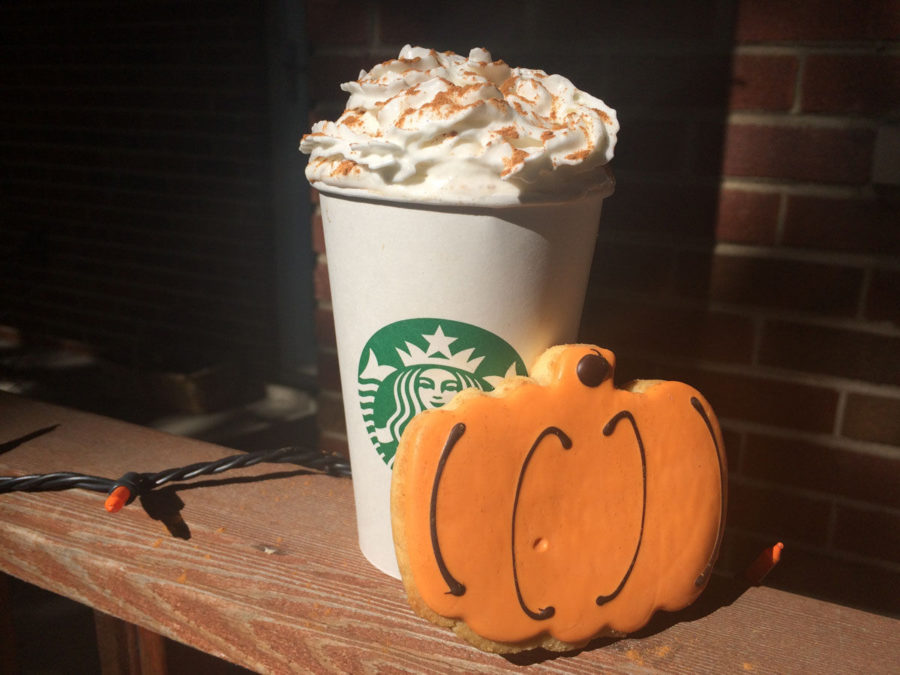 From Starbucks’ Pumpkin Spice Latte to Dunkin’ Donuts pumpkin flavored food, coffee shops and other brands are getting in on the pumpkin flavor craze that continues to sweep across the fall season.

“Everybody loves it. It’s insane. People love pumpkin spice,” said Megan Anstrom, shift supervisor at the Starbucks on Green Street. “I’ve worked at a couple of different stores in Chicago and towards the end of August everybody starts asking for it. I think corporate caught onto that, and this year they had the unlocking of pumpkin spice and made a game out of it. I think they just know that people love it and want it.”

Anstrom, who has been working for Starbucks for 10 years, said it wasn’t until recent years that the pumpkin spice latte became as popular as it is now, although the drink debuted in 2003.

“You should see the amount of pumpkin spice we have back there,” she said, pointing to the stockroom. “People are getting on this train and realizing that it signifies fall, so they’re going to go for it and buy it.”

In addition to a Pumpkin Spice Latte, Starbucks customers can also treat themselves with pumpkin flavored goods such as sugar cookies, scones, cheesecake croissants or cheesecake muffins from the bakery.

Additionally, Dunkin’ Donuts hasn’t missed out on the trend either.

At the company’s locations, various pumpkin-related items are on the menu during the fall season including pumpkin pie coolattas, pumpkin lattes, crème brulee lattes and mocha lattes. The menu also includes various pumpkin-flavored bakery goods like muffins, doughnuts and munchkins.

For Angelica Czarnecka, freshman in Engineering, she said she is known for her obsession with pumpkin spice lattes.

“I love pumpkin spice!” she exclaimed. “I’ve been obsessed with it since my sophomore year of high school. Pumpkin spice reminds me of fall, and I think I love it more because it’s limited edition because I know it won’t be around for long, so I feel like I need to get it every day.”

Eileen Conroy, freshman in DGS, said she is another pumpkin spice latte fanatic.

“The pumpkin spice flavor is just so comforting,” she said.

Even though pumpkin-flavored goods may be best associated with coffee shops, pumpkin-flavored items aren’t confined to them. Food with the flavor can now be found at grocery stores including County Market, which sells pumpkin spice cream liqueur along with pumpkin pie and bars from the baked goods, or pumpkin cream to put in your coffee.

On Sept. 24, pumpkin spice Oreos were released for the first time, available for purchase for a limited time of six to eight weeks. Pumpkin spice Hershey’s kisses are now available, along with Pumpkin Spice M&M’s which were released last year, sold exclusively at Target.

For those who may need a pumpkin fix to start their day, Eggo has created pumpkin spice frozen waffles, or there is also the option of pumpkin pie flavored Pop-Tarts.

Maddie can be reached at [email protected].