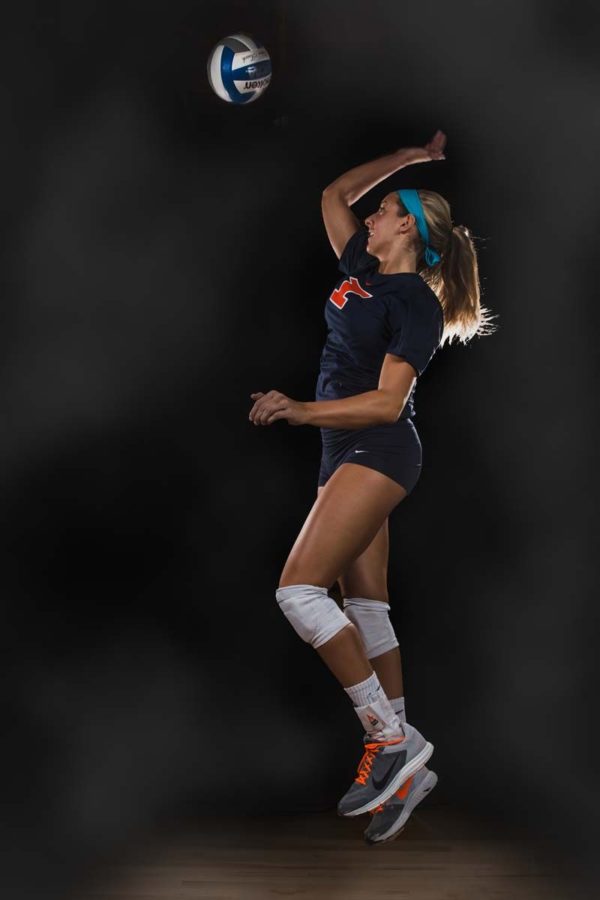 A visiting team winning at Rec Hall, the home court of the Penn State volleyball team, is a rare occurrence.

Coming into last Saturday’s match against Illinois, the Nittany Lions had won 44 of their last 45 at home, and 94 of the last 96.

There must have been a blue moon in the sky on Saturday as the Illini toppled the defending national champions in four sets.

Jocelynn Birks posted 19 kills and 12 digs, while setting a new career-high by hitting .472 on the day. The junior started slowly, along with the Illini but got better as the match went on.

The Illini team that beat the Nittany Lions looked very different than it had all season. Illinois ran a 5-1 offense for the first time this season. Julia Conard, who had played only six sets all season coming into the match, led the team with 18 digs. Outside hitter Katie Roustio, who had 11 kills on 35 attempts all season, doubled each of those numbers in one match.

But amid the flurry of changes and new strategy, it was the Illini’s outside hitter that delivered the win.

“I think from the beginning I was trying to get something going. Some energy, some fire because we knew how crazy it was going to be there,” Birks said.

The Nittany Lions blitzed the Illini early in the first set, taking a 19-8 lead. Birks put down a kill to pull the Illini within 10 and then went on a three-point run from the serving line to get the comeback started. The Illini chipped away bit by bit, eroding the lead to six, then another string of points brought the deficit to 23-22.

Facing a Penn State set point at 24-23, Birks recorded back-to-back kills to give the Illini the lead late in the set. A Penn State hitting error sealed the set.

Both Birks, a third-year starter, and head coach Kevin Hambly said they had never been a part of that sort of a comeback against such a talented opponent.

“Not against a team like that, not that caliber of team,” Hambly said. “We just steadied out passing-wise and created a bunch of swings, and we did great.”

After Penn State took the second set handily, the third set was the most competitive from the opening serve. Illinois went ahead 3-2 and never relinquished the lead, although the team never led by more than five points.

Birks had seven kills in the decisive third set, including five on the Illini’s final nine points.

“Once we won that third set, we just kept it going,” Birks said.

Illinois opened up a 23-14 lead in the fourth set, only to have Penn State make one last run. The Nittany Lions would get as close as 24-22 before Anna Dorn earned a solo block to seal the deal.

“We were all pretty confident that we were going to get that last point there, but it was a little scary. Kept it interesting,” Birks said with a laugh.

Birks has been the Illini’s leader in kills for three straight seasons now and only continues to improve, especially in her efficiency. Birks has hit higher than .400 in four matches this season after achieving the feat only three times in her first two seasons combined. Her hitting percentage on the season, .265, is 74 points higher than last year and 41 points higher than her freshman year.

“She’s getting better,” Hambly said. “It’s part of getting stronger. The setting is better, the passing is better. Everything is better. We have better balance so we don’t have to rely on her even though she puts up big numbers. It’s all of those things.”

While the win at Penn State is a once-in-a-season occurrence, having Birks show up for the Illini is something Hambly expects every time she takes the court.

“She just hit good shots and didn’t have any errors,” Hambly said. “She went high and hard against a really physical team. She can do that any night.”