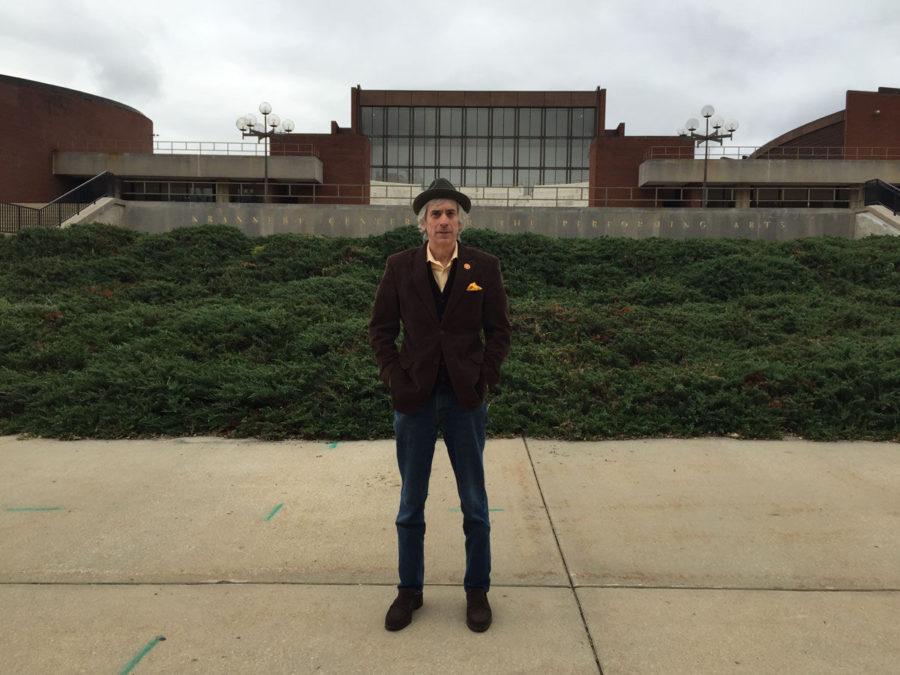 Steven Hager sat on a small, wooden bench in the Chemical and Life Sciences Laboratory. His tall, thin frame leaned against the wall, legs crossed, hands escaping a finger-laced position only to gesture when his words became excited.

A memorial for his father, Lowell P. Hager, former head of the Department of Biochemistry, brought him back to the University. But Steven Hager is no chemist — he’s a journalist, a counterculture and cannabis activist and the author of an e-book titled “Killing Lincoln: The Real Story,” which was released last week.

Hager earned his Bachelor of Fine Arts in theater studies at the University followed by a Master of Science in journalism in 1979. He worked as a reporter for The Daily Illini during his last two years as a graduate student.

After graduation, Hager worked for 20 years as the editor of High Times — a New York magazine dedicated to advocating cannabis legalization. It was here that Hager discovered the benefits of the drug and decided to get behind it, he said.

Now, a brown corduroy sport coat and olive green fedora stand out subtly from his attire, which includes a silver chain hanging from his belt loops and a pin secured to his left lapel representing a religious organization he co-founded — The Pot Illuminati.

His secret religious group meets in Aspen where marijuana is legalized because it’s an integral part of the group’s improvisational ceremonies. Hager uses seven candles, each infused with a different essential oil. It symbolizes dedication to all-inclusiveness. They have just one rule: “Don’t hurt anybody.”

Hager spoke quickly and with conviction about his latest e-book. He said he wants this one to take him mainstream. In two years, Hager has published 30 works online.

The Daily Illini: How did your interest in Lincoln’s assassination start?

Steven Hager: Well, I saw a movie. It’s free on Netflix called “The Conspirator.” And if you just watch the movie it just becomes real obvious that this woman (Mary Surratt) is being railroaded. She’s a patsy and they set her up as the mastermind of President Lincoln’s assassination. So, I just started researching it, and after … (six) weeks, I just realized that I had evidence of Lincoln’s own, Republican Party heads masterminding a plot to have him assassinated. And … the same people that killed him kind of participated in creating this image of him as the greatest president of all-time. And that really wasn’t people’s impression at the time.

DI: And you found all this information from online research?

SH: Yes … This is the most investigated murder in history. For 100 years, they hid all the evidence. (Robert) Redford did a movie about it, but still, it’s like I don’t think people realize when they watch that movie, about what the implications are of what happened.

I solved the Lincoln assassination. It’s true. I can’t deny it. And anyway, the evidence is all there in my book. Anybody can try to dispute it, but it’s all from primary documents from the period.

DI: Tell me about your previous work.

SH: I wrote the first book on hip-hop … People only want to read about the biggest stars, which I don’t care about. To me it was about the original generation … I spent a lot of time on marijuana, trying to legalize it. So, that got me pigeonholed for a while. I wrote about how it cures cancer, which is true. If you eat enough (oil), you’ll clear most tumors. It’s funny too; because all the original research on marijuana was done here by Roger Adams.

DI: And did your father work with marijuana?

SH: No. He hated hippies and marijuana. It was a big problem with us. I got disowned for a while. But my dad changed his mind after I convinced him that marijuana could cure cancer … It’s going to be legal in five years everywhere. It’s like the Berlin Wall coming down.

DI: You seem to focus a lot on counterculture in your work.

SH: Yeah, I was raised a Lutheran. And I guess I felt betrayed around the age of 14 when I went to my pastor, and I said, ‘What’s going to happen to all the Buddhists and the Jews and the people in Africa that aren’t Christians?’ and he told me they were all going to hell. At 14 it was just ludicrous … That’s when I became a hippie.

DI: Are you still working toward marijuana legalization?

SH: Well, yeah. I’ve got my own magazine now. It’s called “Abakus.” That’s based in Aspen. I started it in August. So the first issue just came out a couple months ago … We’ll see how it goes. I’m keeping my marijuana activities to Colorado at the moment where it’s like a different universe. It’s so wonderful to go somewhere and not be persecuted for your deepest beliefs. I’ve been arrested so many times for marijuana; it got tedious.

DI: What’s your next major project?

SH: I was thinking maybe Huey Long was the governor of Louisiana who got assassinated, and that’s a story that’s always interested me. Maybe I’ll do Huey Long. I don’t know. I’ve got so many projects, so many ideas. I just let them kind of fester and, when the time is right, the one I want to work on exclusively just sort of makes itself known. I don’t know what that’s going to be for my next project, but I’m just really glad I got this Lincoln book done because it’s a chance to reach out to a big audience again like ‘Hip Hop’ did.

Shalayne can be reached at [email protected]