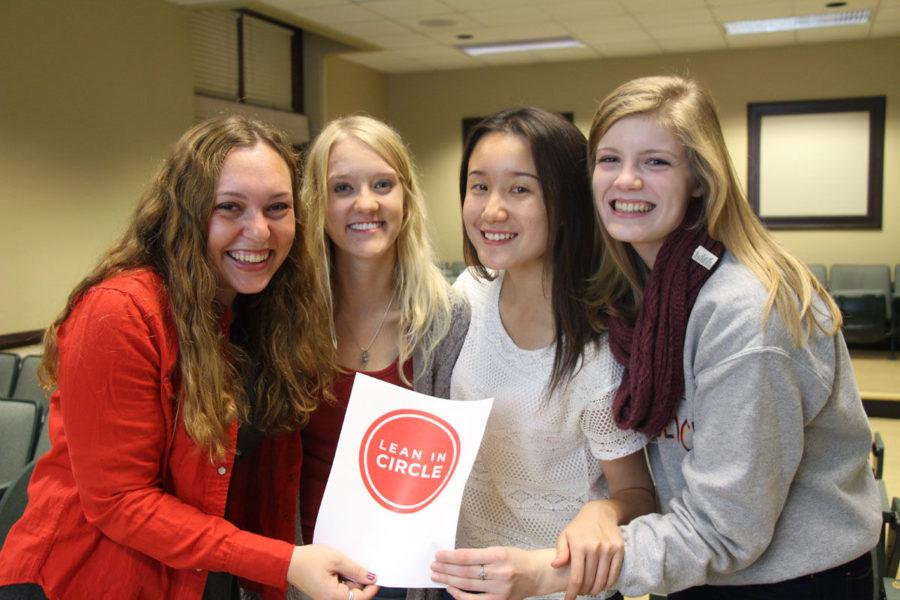 At a UN conference on Sept. 20, Emma Watson said, “Feminism by definition is the belief that men and women should have equal rights and opportunities. It is the theory of political, economic and social equality of the sexes.”

She was there to speak about gender inequality and the HeForShe campaign taking hold on social media. Watson talked about society and its negative connotation of the word “feminism.”

Gender equality and the role of men and women are issues that have been scrutinized for years. In 2010, Sheryl Sandberg, COO of Facebook, decided to do something about it. She gave a TED talk discussing ways women are held back and can hold themselves back. She did extensive research on issues such as gender inequality in the work force in regards to pay and also looked at the confidence gap between men and women. The conclusions from her research and the outpouring of responses to her talk inspired Sandberg to write the book, “Lean In: Women, Work, and the Will to Lead.”

Today Lean In is not only a bestselling book, but a movement and has chapters throughout college campuses around the world.

Hannah Schlacter, sophomore in Business, has brought Lean In to campus as an RSO.

“People ask how Lean In is different from organizations like SWB (Society of Women in Business) and SWE (Society of Women Engineers),” she said. “The answer is that these organizations are solely from a professional career standpoint; they’ll help women get jobs. But with Lean In, it is more than just a resume builder; women are here for personal growth.”

For Schlacter, Lean In hits close to home. Growing up in a family with two working parents and a mother who played the role of breadwinner, Schlacter was acclimatized to be ambitious like the key female figure in her life.

“I knew that my family had financial security because my mother pursued her career,” she said.

Schlacter’s father bought the book “Lean In” for her mother on Mothers Day, and Schlacter said that she immediately resonated with it.

“This is something I care about, I want more women to be pursuing their careers and achieving their full potential,” she said.

The global organization acts through “circles”. The power and purpose of the circles is through support, Schlacter said. Circles serve as an outlet for women to realize their potential and pursue their ambitions.

The circles are “a place for them to express their desire for change and create a change,” she added.

These circles consist of anywhere from 6 to 15 women and are safe places for women to meet and encourage “positive peer pressure,” and provide a chance for women to share stories, engage in discussion and empower one another.

“Lean In captures the spirit of positive and forward-thinking individuals who choose to recognize their potential and seek their deepest ambitions,” said Kasey Koronkowski, vice president of the chapter and sophomore in Business.

Koronkowski said Hillary Clinton once said that “women are the world’s most underused resource,” and believes that today’s women can help change this status by “choosing to lean into our goals.”

The RSO had their first meeting last week on Tuesday, and received positive feedback from attendees. Koronkowski said that they discussed circles, learned about the organization founder Sheryl Sandberg and also had time to share their personal stories.

Koronkowski said that they’re hoping to start three or four campus circles with the amount of girls that came out to the first meeting. On top of forming circles, they also want to bring in powerful and accomplished women to serve as keynote speakers and panelists that will provide mentorship to girls on campus.

“Feminism means equality for women, in all aspects and capacity. A lot of people say the word feminism and they instantly feel that it means making women better than men. But that’s not the case,” Schlacter said.

Rachel Storm, assistant director of the Women’s Resource Center (WRC) said the Center’s definition for feminism is the belief in gender equity and social justice.

“We strive to operate from a feminist framework that centers on intersectionality, or the knowledge that we cannot talk about gender without talking about race, class, ability/disability, sexuality, religious, and a myriad of other social identities,” she said.

The Center works to provide programs and events to address women’s issues and gender-related concerns on campus.

Storm and the Center both have the same vision: To see women aim for the highest rung on the ladder.

Sandberg discussed in her talk how women are not making it to the top of any profession anywhere in the world. She also talked about the confidence gap, which shows that women are less self-assured than men. They attribute their success to other things while men attribute success to themselves.

Schlacter said that by organizing all women from all ages, colleges and races into circles, their goal is to have these circles encourage and empower University of Illinois students to reach and recognize their full potential.

“Forty years from now, I’d like to see buildings on campus named after accomplished and successful women donors as well,” she said.

Saher can be reached at [email protected].