Elijah Thomas commits to Texas A&M over Illinois, others 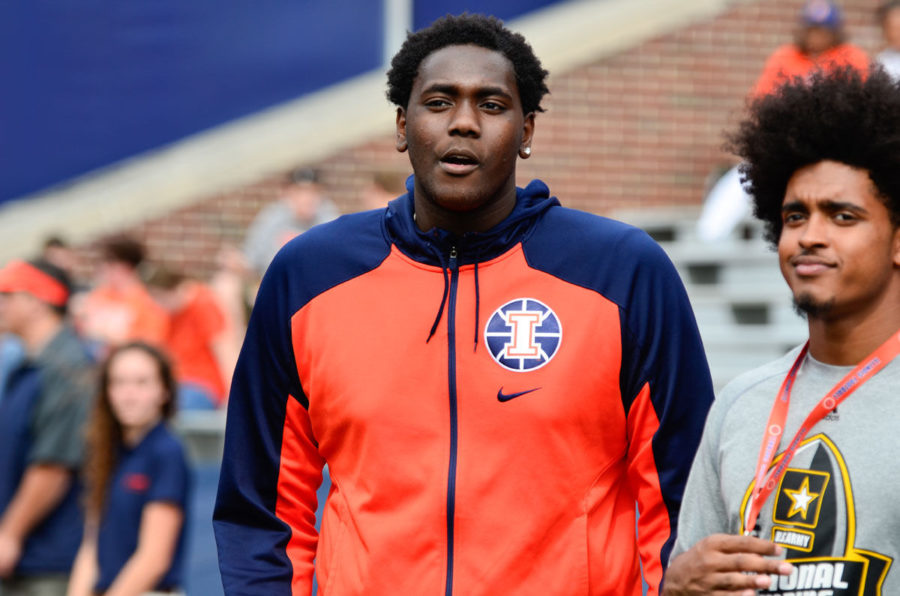 Basketball recruit Elijah Thomas committed to Texas A&M over Illinois and other schools in a ceremony at Lancaster High School in Dallas on Tuesday.

Elijah Thomas, the No. 29 player in the Class of 2015 according to ESPN.com, has committed to Texas A&M over Illinois and three other schools.

The 6-foot-9 forward picked the Aggies over the Illini, LSU, SMU and Oklahoma State.

Thomas’ recruitment had many Illini fans hopeful that he would end up committing to Illinois and head coach John Groce following a successful official visit to the Champaign campus last month. Following the visit, Thomas named Illinois the leader in his recruitment, and reaffirmed that sentiment two weeks before his announcement.

However, the Illini couldn’t sustain their momentum, as Thomas became the latest high-profile target to spurn Groce and go elsewhere.

Illinois was the geographic outlier for Thomas, as Texas A&M is much closer to his Dallas home, as were the other three schools on his final list.

As the recruiting of the Class of 2015 begins to shrink and basketball season approaches, the Illini will be sure to put a full-court press on Carlton Bragg out of Cleveland. Bragg is one of the best players still remaining in the class and is considering the Illini along with Kansas, Kentucky and UCLA. Expect Groce and his staff to monitor guards Marcus LoVett of Chicago and Jamal Murray of Canada into the spring as well.

A return of 6-foot-8 forward Darius Paul to the Illini roster in 2015-16 is not out of the question either. Paul is currently serving out a one-year suspension while playing at a junior college in Texas, but will be available to return to the Illini if he takes care of business off the court, according to Groce.

Alex can be reached at [email protected] and on Twitter @aroux94.