Illinois at the forefront of college golf practice facilities 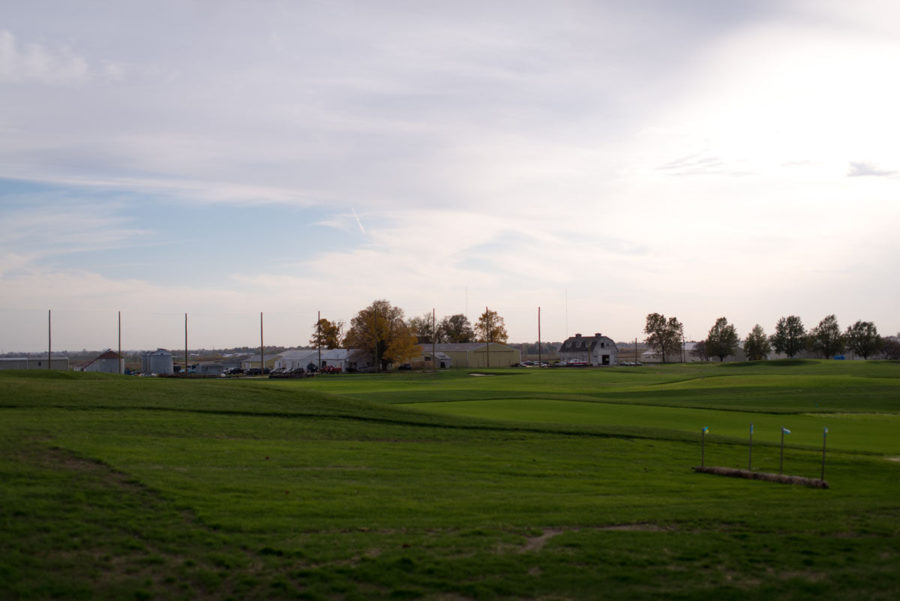 The Lauristen/Wohlers Outdoor Practice Facility, which opens in November, was modeled after the practice area at Augusta National Golf Club, where the Masters is held each year.

When Mike Small took over as the Illinois men’s golf coach in 2000, his primary goal was to construct a successful program in all facets of the game. Bits and pieces of his mission would not be enough to satisfy the five-time Big Ten champion. In addition to forming a talented roster, Small wanted to provide his players with the ability and access to improve their individual games 365 days a year.

In a sport historically dominated by southern schools that take advantage of warm weather year-round, Small had to find a way to keep up with the competition.

Members of the current Illini roster, who make up the first No. 1 ranked northern school from the Golf Coaches Association of America since the coaches’ poll started in 2001, said that knowing they would be able to work on their games year-round played a big role in deciding to commit to Illinois.

“Coming to a northern school, you know that you’re going to have a break (from competition),” junior Charlie Danielson said. “Illinois having this awesome indoor facility was big because I knew that I could work on my game all year and continue to get better and keep up with the southern schools that aren’t held back by the weather.”

Although Small possesses one of the best indoor facilities in the country, there was still a hole in his overall plan to be a premier college golf program. To achieve his goal of making Illinois a consistent national contender and adding a recruiting tool to attract the top high school golfers in the country, Small, along with golf course architect Jeff Brauer and former Illini Steve Stricker, designed the Lauristen/Wohlers Outdoor Practice Facility.

Inspired by the practice area at the Augusta National Golf Club, where the Masters is held each April, the 24-acre training center will provide golfers an area complete with various lies and grass types, access to target fairways, target greens of varying distances and sizes, fairway bunkers and greenside bunkers. The Wadsworth Golf Construction Company began work on the $2 million facility in early June and the facility is scheduled to open in November.

“I think it’s going to help all of our short games, really,” freshman Nick Hardy said. “It will definitely allow us to get better on the greens. It’s just another tool to get us better, which is really exciting.”

Overall, both the men’s and women’s golf teams will have access to practice any shot in golf at any time. Lauristen/Wohlers sits adjacent to Demirjian. Hand-in-hand, the two practice areas form arguably the best facilities in the nation. With their close vicinity in relation to campus, golfers can finish classes for the day and have easy access to practice time and simulating realistic situations.

“That was definitely what sold me,” Hardy said regarding Lauristen/Wohlers. “Aside from being coached by Coach Small, seeing the design for that and knowing that is was going to be ready this fall (made a difference). That definitely sent me over the edge to come to Illinois.”

Small has constructed one of the strongest college golf programs in the country, if not the strongest. There will always be smaller details that the program continues to improve on as time goes on. But for now, a bright spotlight shines on Champaign for not only college competitors, but also the top high school golfers in the country. Anything a golfer could ask for facility-wise, the Illinois now has to offer.

Lauren can be reached at [email protected] and on Twitter @MrozLauren.