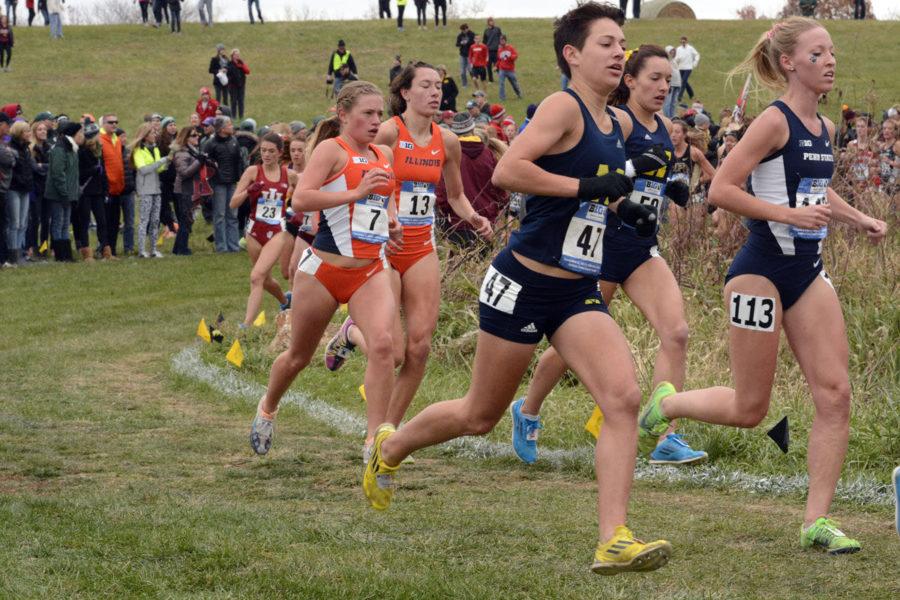 No. 1 Michigan State and No. 8 Wisconsin finished first and second, respectively.

The finish might not have been what the team wanted, but it was a building experience nonetheless.

“I definitely think we can build off this,” junior Amanda Fox said. “We can use any frustration we had as fuel for regionals.”

Winter started the race conservatively and felt at around the 3K mark she started to “kick it into gear” and move up into a better position.

Winter’s finish really helped her gain more confidence knowing she can run with the top runners on the team. Head coach Scott Jones called her finish a big breakthrough for her.

“She’s been steady, but I think there’s been more there and she demonstrated that today,” Jones said. “She certainly outperformed my expectations and hopefully this is just a springboard.”

Jones went on to add that with her confidence growing and her continuing training, she will improve even more going forward. These will be two necessities the team will need over the next two weeks as the Illini prepare for regionals.

Although the finish was not what Jones had wanted, there were positives that the coach took away from the meet.

Jones said the condition of the course didn’t really have an impact on their finish. Jones believed running with cooler temperatures actually helped the team more than warm temperatures.

He also pointed to the course saying it was one that runners needed to manage differently due to the different style.

“The course was one that I think was a fair course,” Jones said. “There were some ups and downs and there were some challenging parts that took its toll on people that went out too fast.”

The Illini now have two weeks to prepare for the NCAA Midwest Regional that will be held on Nov. 14 in Peoria, Illinois.

“We’ll learn the lessons from today,” Jones said. “Take away the positive, use the negative in a constructive way and get ready to race as well as we can at the regional.”