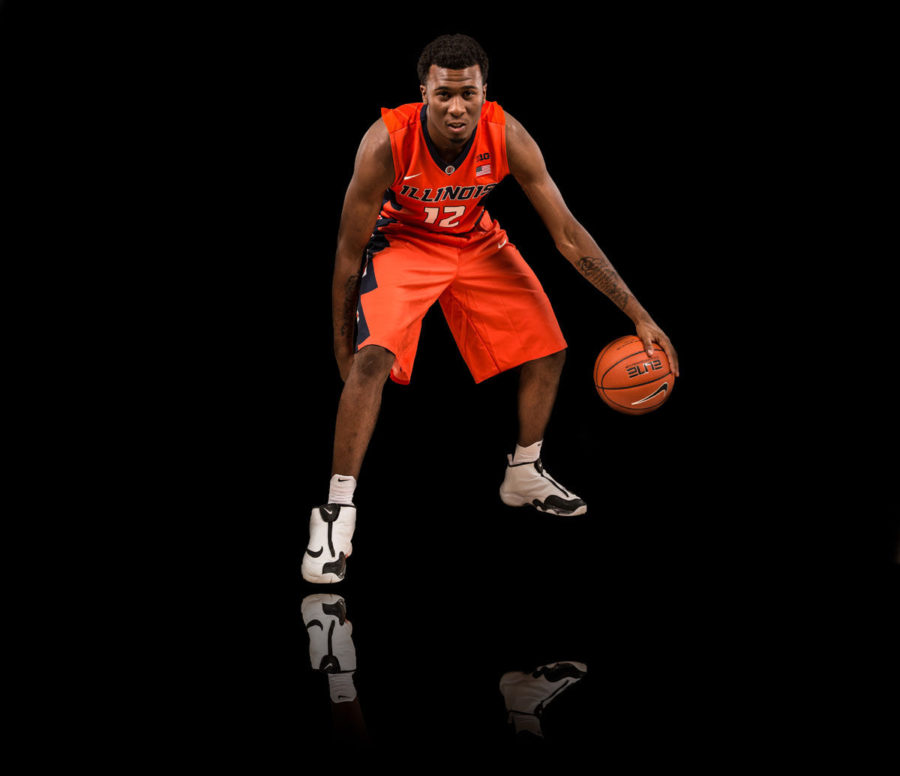 The future of Illini basketball might be here already, and its name is “Savage.”

Freshman Leron Black — who was given the ferocious nickname for his aggressive rebounding — is expecting to get playing time this season and said that the media spotlight surrounding Big Ten basketball won’t be a tough transition for him.

The 6-foot-7 power forward led a nationally ranked No. 3 White Station High School to a 30-3 record last year, earning himself Tennessee’s Mr. Basketball and Gatorade Player of the Year awards.

Black was named a top-50 recruit by ESPN, Rivals, 247Sports and Scout after his 20.2 points and 12.9 rebounds per game last season.

“He’s just a man-child down there,” senior guard Rayvonte Rice said. “He just grabs at every rebound and thinks it’s his. He’s going to be ready to play in the Big Ten.”

With 11 of 15 returning players from last year’s season — the other four being two freshman (Black, Michael Finke) and two transfers now eligible to play (Ahmad Starks, Aaron Cosby) — it might prove crucial to have an experienced newcomer on the roster.

The freshman, who received offers from Connecticut, Indiana, Florida and Ohio State, said most people don’t pay attention to rebounding, but rather on who can score.

“I feel like you can affect the game through rebounding and playing defense more than you can affect it through scoring,” Black said. “Everybody on this team can score, but if I get a rebound, then I can help get other players opportunities to score.”

When head coach John Groce thought about who will replace senior Nanna Egwu as a leader on the team — a player he describes as a model student-athlete both on and off the court — Black was one of the first names to come to his mind from both a character and effort standpoint.

“Black has really added a dimension to our team of physicality and relentless motor similar to Nnanna,” Groce said. “I think Black wakes up with his motor on and doesn’t turn it off until he goes to bed. He’s just one of those guys.”

In Groce’s mind, Black already fits into Illinois’ style of play too.

“At Illinois, you’re evaluated on defending and rebounding,” Groce said. “They know that as sure as night follows day.”

Black had the second-most rebounds (seven) on the team in Illinois’ preseason scrimmage in late October, just one behind Maverick Morgan (eight).

The freshman said he understands why people call him “Savage,” and that he doesn’t mind the name.

“When you play hard, you get names like that,” Black said.

Black said his preference for “old school basketball” is his ticket to earning playing time with Illinois this season.

“I like to watch old school games like in Jordan’s time,” Black said. “They played a lot more aggressive, and the game was so much harder. I feel like we don’t have that as much in our game today, so I try to bring that as much as I can.”