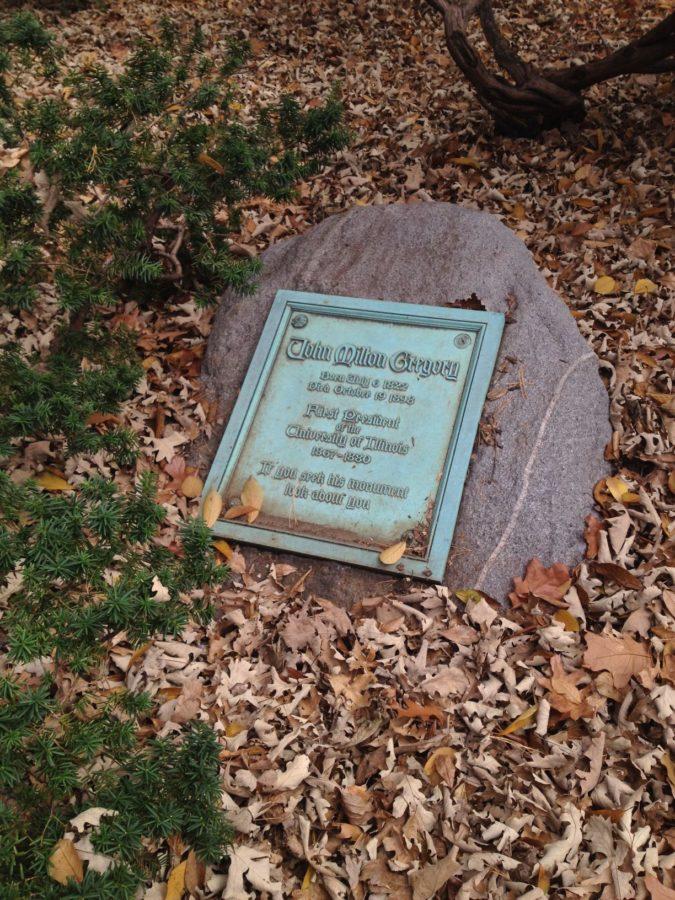 The University’s founding father and first president, John Milton Gregory, was born in upstate New York on July 6, 1822, to a working-class family. Hard-worked, cultured and educated, he graduated from New York’s Union College intending to enter the “legal profession,” according to University archives.

But a stint as a Baptist preacher brought him to the Midwest, where he was introduced to the field of education.

Gregory taught and administered at a classical school in Michigan, and in 1859, he was named the state of Michigan’s superintendent of public instruction. He held this position for six years, and became a member of the board of control of the State Agricultural College.

In 1865, Gregory took his first university presidential position at Kalamazoo College. According to the biography, “John Milton Gregory” by Thomas J. Burrill, Gregory took great interest in numerous fields of study during his time as an educator, including writing about history, lecturing politics and practicing art.

“He was ever the forceful, the instructive, the convincing and the inspiring master of the hour,” said Burrill, one of the University’s first professors and presidents.

Gregory’s wide range of academic achievements profoundly impacted the way he would choose to establish his own university.

In 1867, Urbana was chosen as the site for Illinois’ land-grant university, and the Illinois Industrial University was founded. Three candidates were in the running for the position of the University’s first regent, and with the majority vote, Gregory won the position.

However, many were skeptical that Gregory would succeed.

At only 44 years old, he lacked the experience that his opponents had, including candidate Jonathan Baldwin Turner. Turner, a longtime advocate for Illinois’ land-grant campaign, did not believe that the University would survive under Gregory’s regency.

But Gregory’s commitment did not waver.

He remained president of the Illinois Industrial University for 13 years, ushering in many contributions to the educational spectrum.

The Midwest at the time was mostly frontier, and a lack of higher education meant that Illinois was producing an imbalance of mostly farmers and fewer scholars. But Gregory established a system that would produce students educated in agriculture, science and industry alike.

Gregory’s presidency brought in the first-ever domestic science degree, a precursor to family and consumer sciences, which is now offered at many institutions of higher education, but not at the University.

Additionally, he worked on the development of the Morrow Plots, America’s longest-running agricultural experiment, as well as an art gallery, which was unique to universities at the time.

But perhaps most importantly, Gregory was passionate about education for women.

In 1870, Gregory passed a rule allowing women to attend the University. Four years later, he hired a woman to the school’s faculty, and in 1878, the first-ever female with a degree in architecture graduated from the University.

Gregory retired from the presidency in 1880, appointing Selim H. Peabody as his successor. Five years later, Illinois Industrial University changed its name to the University of Illinois.

During this time, Gregory continued to thrive in the academic field, devoting his life to publishing.

His 1882 book, “A New Political Economy,” became a popular textbook in colleges throughout the U.S. His second book, “Seven Laws of Teaching,” was a success among teachers and educators.

Gregory became a member of the U.S. Civil Service Commission, and spent his last days travelling Europe and documenting his research at home. He died on October 19, 1898.

From namesake reminders like Gregory Hall and Gregory drive to some of the older landmarks on campus where Gregory once roamed, Gregory’s legacy is still very present on campus.

He is buried near the Main Quad, between the Henry Administration Building and Altgeld Hall.

A granite boulder, found during excavation for Lincoln Hall, acts as his headstone. The epitaph aptly reads, “If you seek his monument, look about you.”

Josh is a freshman in Media. He can be reached at [email protected] The information used in this article was found at the University Archives.